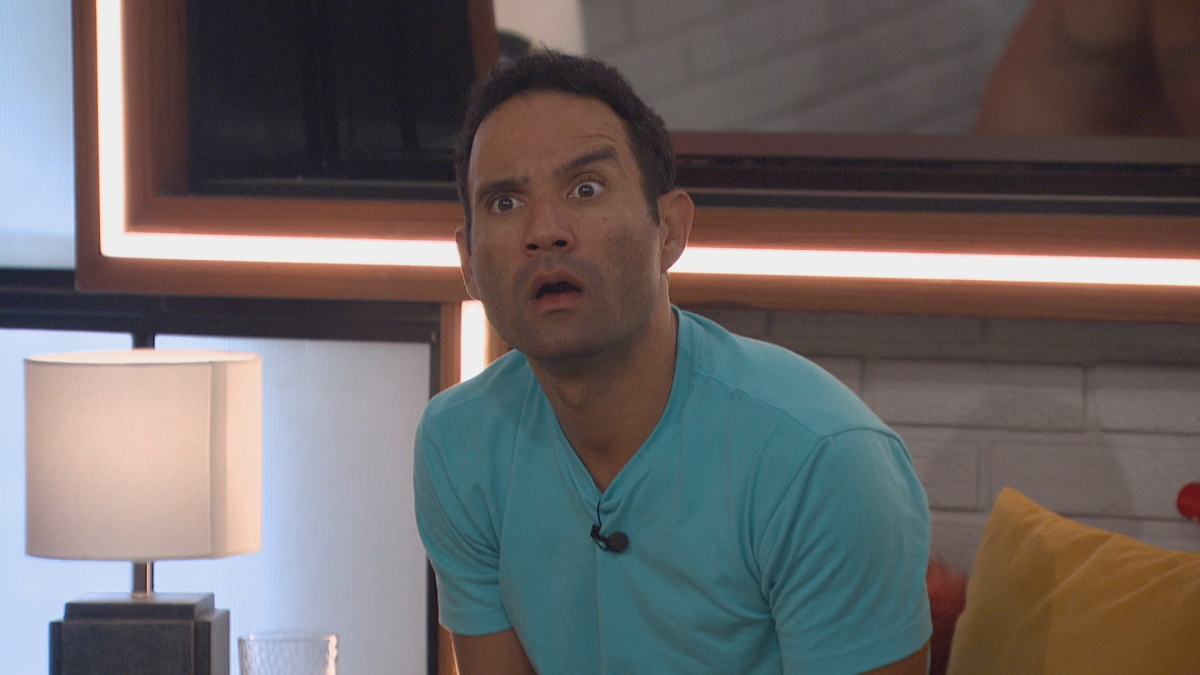 Big Brother 2020 spoilers reveal that the pot finally boiled over. Christmas Abbott, Da’Vonne Rogers, and Bayleigh Dayton went at it in a huge fight that took place Monday night.

Before we jump into the altercation that took place, though, it’s important to provide a bit of backstory, and it goes all the way back to when Christmas nominated Bayleigh and Da’Vonne for eviction.

Early on Friday, Christmas told different people that she was worried about getting “shot” and “cut” by Bayleigh if she nominated her for eviction. It did not sit well with a lot of online fans.

Bayleigh and Da’Vonne held out hope that one of them could win the Power of Veto and work to flip the house. That didn’t work out well for them, as Christmas won the prize/punishment Veto Competition.

Hope was held out that Christmas might be willing to backdoor someone, and suddenly it looked like she would. Tyler Crispen went to Bayleigh and told her he wanted out of the game. He said he was going to go to Christmas and ask to go up on the block instead of Bayleigh.

Did Tyler and Christmas play Bayleigh?

When he last spoke with Bayleigh, Tyler was going to work with Christmas to help him quit the game. Then, it seemed like Christmas was playing along, even working to construct an all-women alliance.

At the Veto Meeting on Monday, Christmas did not use the Power of Veto. She left the nominations the same, blamed Bayleigh for Da’Vonne being on the block, and got plans back in place to go to the final two with Tyler.

When Da’Vonne and Bayleigh told Kevin Campbell about everything that happened, he said that Tyler played them and would never have risked his own game. Kevin said that Tyler likely did all that to look good on TV.

The stage was now set for a lot of drama, but the house was treated to a Labor Day BBQ, suggesting that things might just cool off for a while. When Bayleigh seemed resolved to the fate of getting evicted, fans worried a boring week was in store. But not so fast.

Just after 9:50 p.m. PT (Big Brother local time), Camera 3 and Camera 4 got very interesting on the CBS live feeds. Da’Vonne started chatting with Christmas and stating that unless the plan had been to target Bayleigh and Da’Vonne all along, that Christmas was given a gift when Tyler asked to go home.

Christmas said that putting Tyler on the block would have put her in a compromising position with the rest of the house, to which Da’Vonne disagreed. The conversation started to become more heated as Da’Vonne told Christmas that Bayleigh felt betrayed by her and Christmas said Bayleigh never told her that she wanted to work together.

As Christmas started to yell at Da’Vonne and interrupt her, rather than have a real conversation, Da’Vonne started to walk away as Bayleigh entered the room after leaving the Diary Room. Christmas got up and got loud with Bayleigh, with both women talking about how the game has become personal.

When Bayleigh told Christmas that she didn’t get to play the victim as the HOH and person who nominated them this week, Christmas got very heated and screamed at Bayleigh before walking away. Christmas then got into Bayleigh’s face with her hands before clapping loudly at Bayleigh while being asked to stop.

Videos of the Bayleigh, Christmas fight

Below is a series of videos that were taken directly from the Big Brother live feeds that show the fight as it began with Da’Vonne and Christmas, evolved into Bayleigh and Christmas, and then what the aftermath of the fight was as the rest of the BB22 cast watched.

The drama between Christmas, Bayleigh, and Da’Vonne may have subsided, but it likely isn’t over yet. There is still a lot of time until the Thursday night Eviction Ceremony, where their plan to get Bayleigh out — a plan that Christmas, Nicole Franzel, and Daniele Donato worked on for weeks — will likely be completed.