Bradley Walsh scolds Anne Hegerty over ‘cruel’ remark ‘Don’t get this on Pointless!’

Bradley Walsh welcomed Tony, Will, Michelle and George onto today’s show, as the ITV presenter guided the four contestants through The Chase for a chance to win the jackpot prize. However, Bradley was left comparing the ITV show to BBC’s Pointless when today’s Chaser Anne Hegerty took a swipe at the host.

Tony was the first contestant to face Anne, and the driving instructor secured his spot in the final by adding £4,000 to the jackpot fund.

Will was next up to face the Chaser and surprised Bradley by revealing he teaches people how to fly.

“Wow so young,” he remarked. “How cool is that? When did you learn how to fly?”

“I got my pilot license in 2018, I’ve got my commercial pilot licence now and I’m teaching people how to fly at the moment,” Will replied. 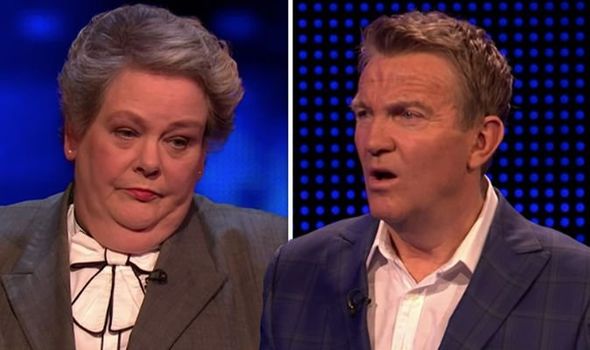 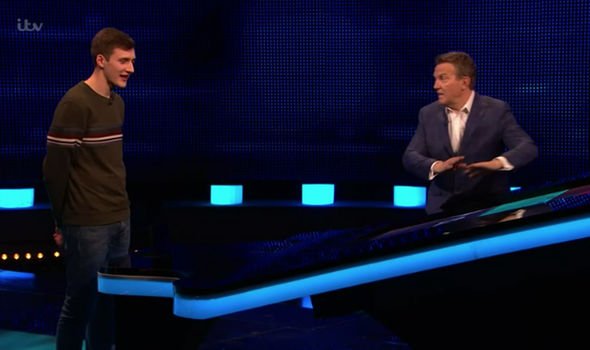 “After being an instructor I’m hoping to move onto multi-engines aircraft and hopefully airlines after that.”

“Why not? Good for you, what do you do to relax?” Bradley asked.

“I’m a huge Formula 1 fan, I went to Austria in 2019 to watch the Grand Prix,” he answered. “I’d love to go to another Formula 1 race Baku in Azerbaijan.”

Will answered two questions correctly in his cash builder round, but Anne used her introduction to tease Bradley. 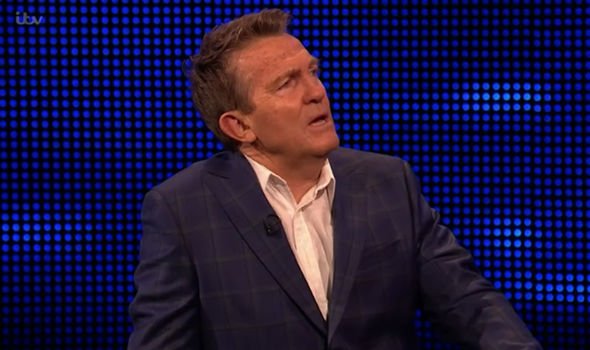 “Hello Will, so we’ve had a driving instructor, now we have a flying instructor and we have Bradley, a slow learner,” Anne quipped.

“That’s a bit harsh,” Will remarked, before Bradley added: “Cruel, but fair.”

After hearing the advice of his teammates, Will opted for Anne’s lower offer of £1,000.

“I’m not surprised,” the Chaser commented before critiquing his cash builder round.

DON’T MISS
The Crown: Freddie Fox addresses ‘duty of care’ for Mark Thatcher role [VIDEO]
A Place in the Sun guest snaps at Scarlette ‘You’re picking on me!’ [INSIGHT]
Angel Adoree opens up on ‘heated discussions’ with Dick Strawbridge [INTERVIEW] 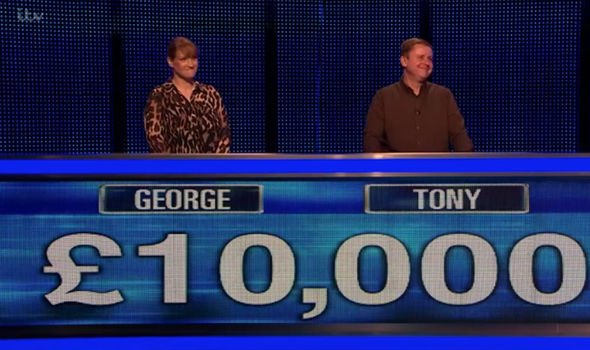 “You started strongly enough but then the wings fell off,” she said and Will agreed: “Knocked my confidence a bit.”

Anne asked: “How did you not get Lord of the Rings? You’re standing next to a hobbit.”

“Standing next to a hobbit,” Bradley exclaimed. “I don’t half take some stick, you don’t get this on Pointless!”

Will was caught by Anne during his head-to-head and the next contestant, Michelle, followed suit.

However, George made it through to the final by adding her £6,000 into the prize fund.

In the end, Anne defeated the team who failed to score a high enough total in the final chase.

Bradley told the team: “Interesting, four push backs, two executed, caught with 13 seconds remaining. The two extra attempts, if you had nailed them, would take about eight seconds out of the time, so you’re only six seconds adrift.”

The Chase airs on ITV on weekdays at 5pm.