Breaking Bad remains one of the most influential dramas in recent television history. Despite that, Vince Gilligan’s show was originally rejected by FX and HBO — a decision the networks surely came to regret after the show’s wild success once it was picked up by AMC. So what happened with FX and HBO, and why did they reject Breaking Bad?

‘Breaking Bad’ was rejected by HBO

Vince Gilligan faced plenty of rejections before Breaking Bad was picked up by AMC. Nowadays, the studios who passed him up are probably regretting their choices. One of Gilligans most disappointing pitches was with HBO.

“In Hollywood everyone’s always talking about the ‘buy it in the room’ moment, I’ve never had that ever in my life, in 20 years of doing this,” explained Gilligan during a Foundation Interviews chat.

“I’ve never had someone buy a pitch in the room, ever, I don’t know that I ever will. I don’t much care as — the close second to the victory of someone buying it in the room is telling you in the room they’re not going to buy it. It sounds like a bad thing but it’s actually a very good thing.

“The trouble with Hollywood — movies and TV — is people will leave you dangling on the end of a meat hook for days or weeks or months on end. That happened at HBO. Like the worst meeting I ever had versus the TNT meeting, and it was only like a day apart,” Gilligan added.

“The woman we’re pitching to could not have been less interested — not even in my story, but about whether I actually lived or died. It was just sitting there, just sort of like looking at her watch. And I’ve got the flop sweat going. … My agents couldn’t even get her on the phone afterwards to say no.”

TNT turned down the show as well 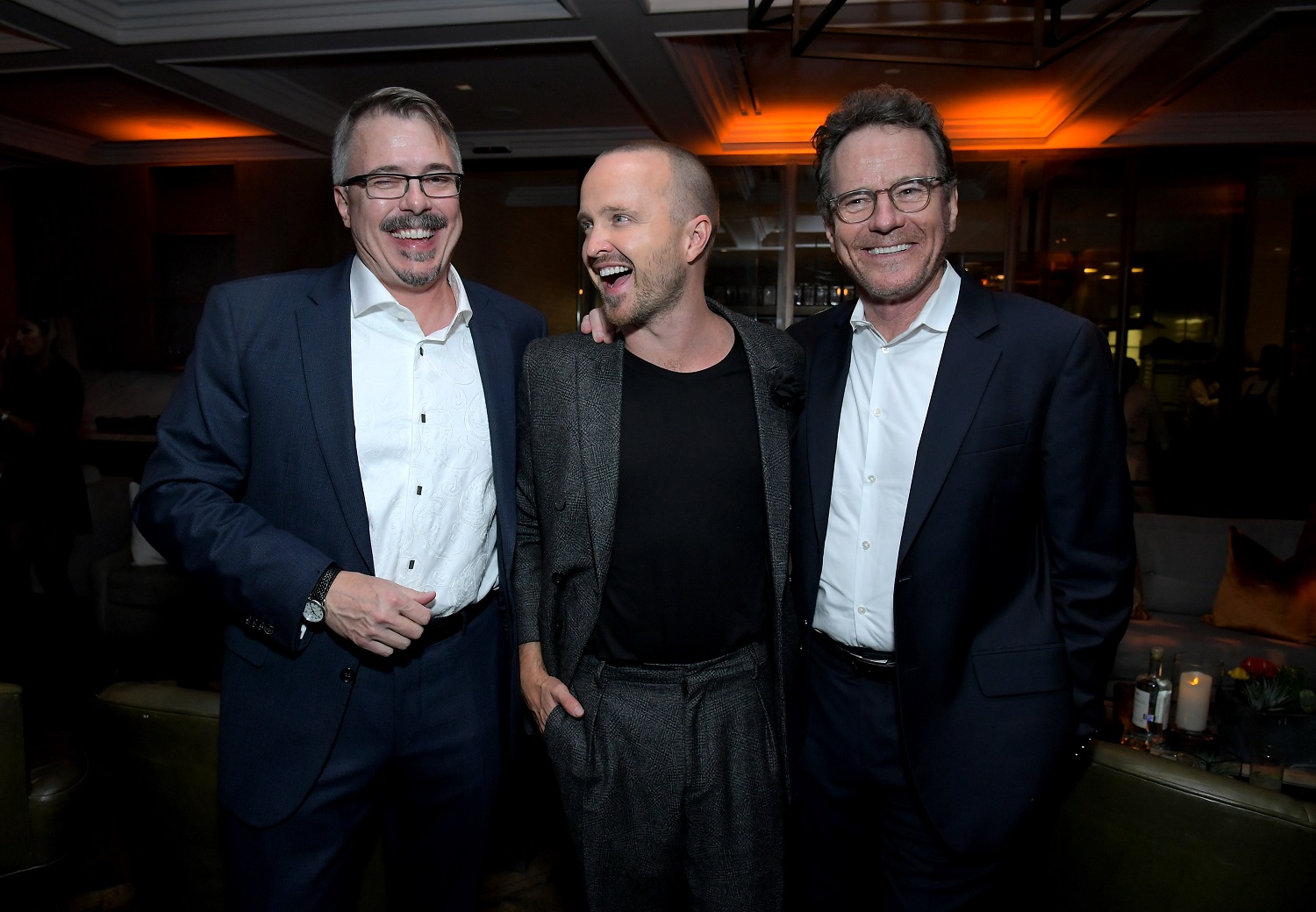 Gilligan went on to explain his pitch with TNT, and how good it was, especially compared to HBO. He said the folks at TNT were not only engaged listeners during his Breaking Bad pitch, they also gave their answer and reasoning immediately.

“We pitched at TNT. Great meeting at TNT, excellent meeting. The two executives who I pitched it to were on the edge of their seats, they were loving it. It was the best single meeting I’ve ever had, because these two people were like, they were such good listeners and they were into it,” Gilligan explained.

“And then they looked at each other when I finished, I get to the end, and they say, ‘Oh god I wish we could buy this. … If we bought this we’d be fired. We would literally be fired. We cannot put this on TNT, it’s meth, we can’t do meth. It’s reprehensible. Could the guy, we gotta ask halfheartedly, could the guy be a counterfeiter instead.’ I said, well, no. They said alright, well, god bless you.”

“And giving someone a quick no like these TNT folks did is such a sign of respect. It’s just basic human courtesy. … I’d go back and pitch to these guys tomorrow, they were so great,” the Breaking Bad creator added.

FX bought the show and then changed their minds 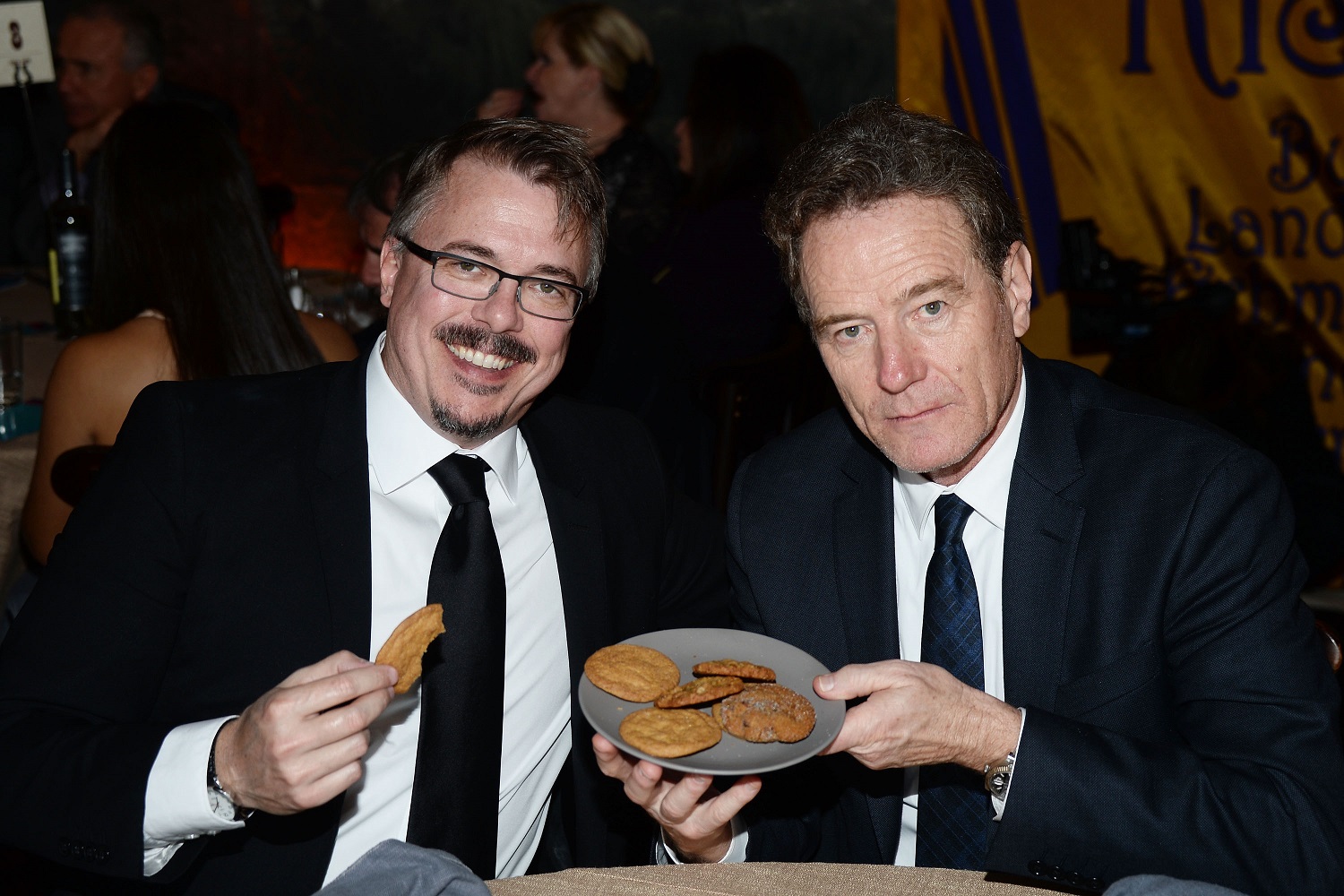 Vince Gilligan did have a moment of hope with FX. The company originally bought the script to Breaking Bad, but had to go back on their decision after additional thought.

“We pitched to FX who wound up buying it, and they were great, FX was great. John Landgraf and the executives at FX, I have nothing but respect for them. They actually bought Breaking Bad,” Gilligan revealed.

“That’s saying a lot that anyone would get behind it so, everlasting credits first to Sony, and then FX, and then ultimately AMC for getting behind this thing. [T]hey thought about it for a while and they ultimately said, ‘We are regretfully passing, we’re not going to be doing Breaking Bad.’ And god bless them they were big enough when AMC came calling to allow AMC to purchase the script for Breaking Bad. I say that because that kind of behavior is kind of rare in the business.”

During an interview on KCRW, John Landgraf explained why FX felt as if they needed to pass on Breaking Bad, despite their initial interest.

“We had three dramas with male antiheroes and we looked at that script and said, ‘Okay, so here’s a fourth male antihero.’ The question was: ‘Are we defining FX as the male antihero network and is that a big enough tent?’” asked John Landgraf.

“Look, it was a wonderful script. If I had known Vince Gilligan was going to be one of the best showrunners in television, and Breaking Bad was going to be literally one of the very best shows in television, I would have picked it up despite the concept. But the truth of the matter is anybody who does what I do for a living, who’s honest, will tell you that you’re making decisions based on too little information all the time, and you make good ones and you make bad ones,” Landgraf explained.