Home » TV and Movies » 'Breaking Bad' Star Bryan Cranston on Why He Relates to Walter White: 'I Had One Girlfriend I Wanted to Kill'

'Breaking Bad' Star Bryan Cranston on Why He Relates to Walter White: 'I Had One Girlfriend I Wanted to Kill'

Walter “Heisenberg” White is the danger in Breaking Bad but Bryan Cranston isn’t quite so fearsome. The star is mostly known for his role as the teacher-gone-bad but there’s one area of his life eerily similar to Walt‘s. In Cranston’s book A Life In Parts, he details a time when his relationship went sideways. 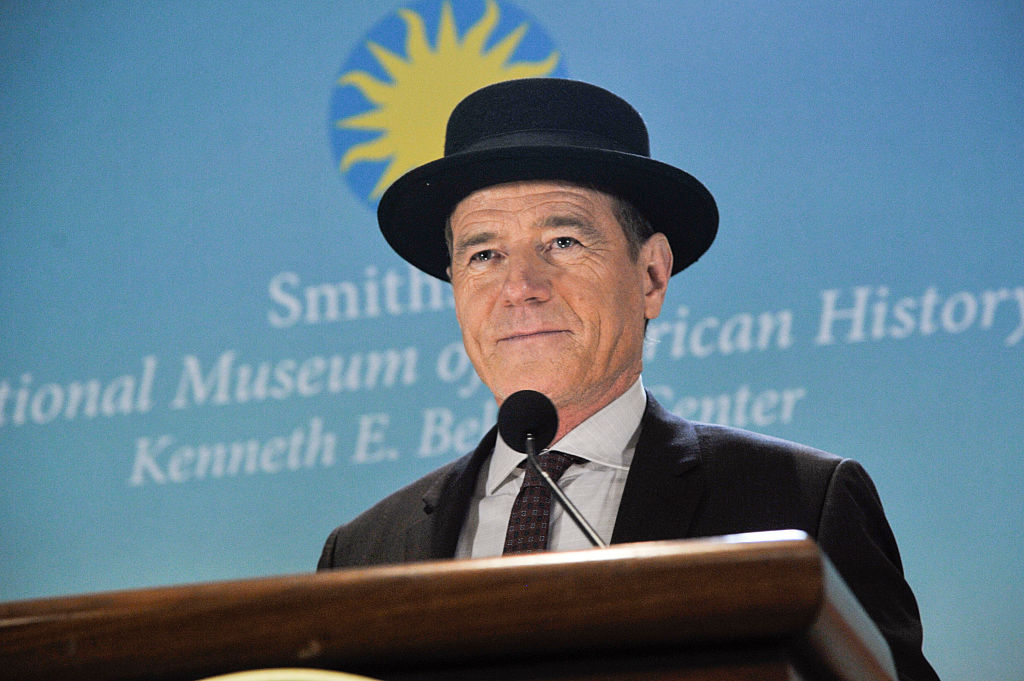 When Breaking Bad began, many sympathized with the chemistry teacher with the cancer diagnosis. But, over the course of five seasons, viewers witness the transformation of a loving father and husband to a meth-producing kingpin, Heisenberg. He once lived an ordinary life but the wake-up-call of cancer gave him a shove into living a different kind of life — one with danger, money, and power.

Season 1 Walt didn’t want to hurt anyone, but by the series finale, he knew it was part of the gig. At times, he had others do his dirty work for him, including Jesse Pinkman (Aaron Paul), or merely became a bystander allowing someone to die without intervention, such as Jane Margolis (Krysten Ritter).

Those that were killed directly by Walt include Emilio, Krazy-8, Gus Fring’s dealers, meth lab guards, Mike Ehrmantraut (which we’re still not over), Jack, and the group that held Jesse prisoner and possibly Lydia, although it’s left up to our imaginations.

We’d be remiss not to mention the countless others indirectly killed by the Blue Sky product Walt slings as well as how Jane’s death affected her father Donald (John de Lancie) — an air traffic controller — to the point of him failing to provide the information needed for two planes to miss one another. Walt’s emotions become less and less throughout the seasons with the morph in full effect by the series finale. That said, how could Cranston possibly relate to this kind of morally repugnant character?

Walt’s rapid descent into the final version we see of him isn’t lost on Cranston despite taking every effort not to take the character home with him.

“When you first start working on a character, it remains outside of you,” he told GQ in 2013. “And then, the more you work on it, it’s like you start dating, getting to know each other, and then trusting each other, feeling confident in each other’s company, until, pretty soon…you kind of glide in. The best condition is when the character seeps inside of you, where you almost ingest it.”

He continued: “What happened to Walt is something I related to, if I’m truly honest with myself. I’ve come to realize that I think everybody is capable of that. If you came into a condition where you were under tremendous stress. And if I knew what buttons to push that threatened you and yours… You could become an extremely dangerous person.”

The star ‘wanted to kill’ an old girlfriend

When asked if he’d ever encountered evil as Walt had, Cranston had a shocking response.

“I had one girlfriend I wanted to kill,” he said, explaining it was a woman he dated in 1983. In his book, he named Ava Gladstone and they met at an audition. They dated off and on, but when he tried to break things off, she began stalking him.

She allegedly used drugs and followed him from Los Angeles to New York while he worked on the daytime soap drama Loving. Cranston said she left messages on his answering machine threatening to kill him, among other things. He told her he’d give tapes of those messages to her mother which is when she raced over to knock on his door.

“And I envisioned myself killing her. It was so clear,” he revealed. “My apartment had a brick wall on one side, and I envisioned opening the door, grabbing her by the hair, dragging her inside, and shoving her head into that brick wall until brain matter was dripping down the sides of it. Then I shuddered and realized how clearly I saw that happening. And I called the police because I was so afraid. I was temporarily insane — capable of doing tremendous damage to her and to myself.”

Though the star later realized he should’ve called the police sooner, the neighbors did it for him that fateful day. Things could’ve gone sour fast. He said in his book he realized he was capable of killing, as Walt came to understand in the show.

“Nothing happened in that apartment, but everything had changed. I understood clearly, without question, that I was capable of taking a life,” he wrote. “I understood that, given the right pressures and circumstances, I was capable of anything. That was humbling. It shook me to my core.”

That terrifying ordeal helped him tap further into Walt’s psyche when needed.

“I conjured the rage and fear I’d felt when Ava was banging on my door,” he wrote. “I didn’t commit murder, but I believe I was close. It had been decades since then, but it was easy to summon the feeling. When it was time for Walt to kill Mike, I turned the key.”

Next time you rewatch the AMC series, try to decipher how much of the role is Walt and how much are the darker parts of Cranston.