Brooklyn Nine-Nine first started airing in 2013 on FOX but sadly the series got cancelled by the American network after five seasons. There was a huge fan outcry at the axing and campaign to save the comedy series. Luckily, in 2018 NBC picked up the show and it has been airing on the network ever since then.

What time does Brooklyn Nine-Nine air?

NBC comedy Brooklyn Nine-Nine is in the middle of season seven after the latest run kicked off in February this year.

The police procedural follows a group of officers at the fictional 99th precinct of NYPD in Brooklyn.

The sitcom sees the characters cracking cases while leaving audiences in stitches.

The series was created by Dan Goor and Michael Schur of The Good Place fame. 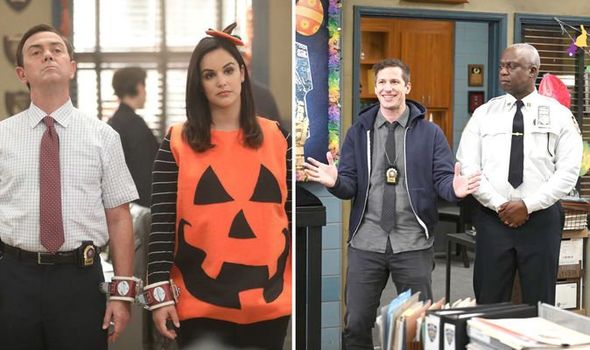 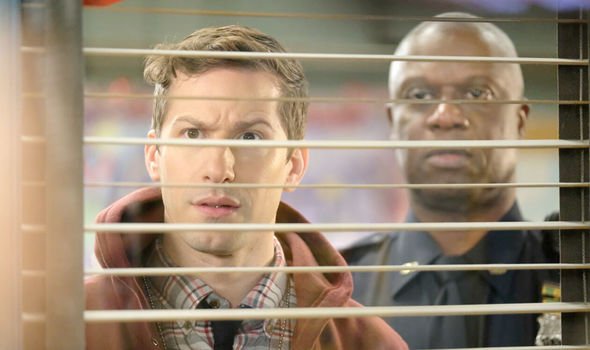 Season seven airs on NBC in the US on Thursdays at 8.30pm Eastern Standard Time and 7.30pm Central Time.

Fans can also catch up on the episode via the NBC app the following day.

The show then airs on Netflix UK on Fridays from 8am BST.

Speaking about the new series, star Terry Crews – who is better known as Terry Jeffords – teased a “role reversal” of sorts thanks to his promotion to lieutenant. 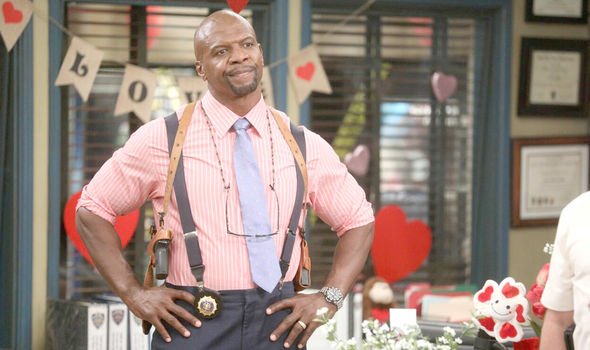 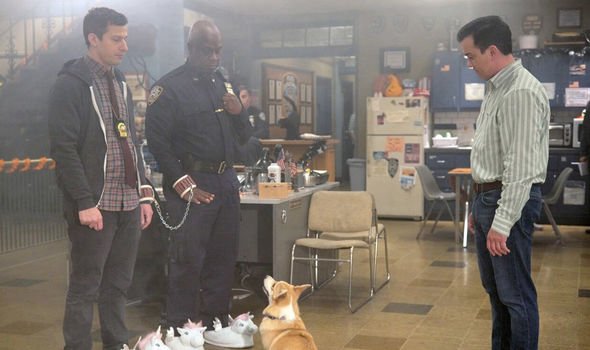 Actor Andre Braugher told Entertainment Tonight Canada: “While the audience knows all the characters, knows their sorts of quirks and complications, so it’s more about really things have been shaken up.

“Just like we’re going to shake things up, whether we go to prison or exile to Florida. The thing is, it’s always a new dynamic.”

Star and SNL comedian Samberg promised more “roughing and tumbling” as well as hinting at shifting “power dynamics” and romances.

He went on to explain: “Last season, because we didn’t air during Halloween, it became a Cinco DeMayo heist.

“I can’t imagine there won’t be some sort of heist episode this season.”

Samberg joked: “But once again, we’re not airing during Halloween, so it’s almost like the top brass has no respect for the Halloween heist. Where are their priorities?

“I feel like it should be a Halloween heist-first decision-making process here. We’ll figure something out.”

He added: “You know, the writers here are very clever and don’t let anyone here tell you any different, certainly not me.”

Along with more hijinks, season seven will feature some guest cast members including Oscar winner and Whiplash star J.K. Simmons who appeared in an episode several weeks ago.

Simmons portrayed Detective Dillman, an old friend of Raymond Holt (Braugher) who was enlisted to help solve a prank which goes wrong.

Other guest stars who have appeared on the series include Lin-Manuel Miranda, Sean Astin, Craig Robinson, Nicole Byer and Michael McDonald.

Fans of Brooklyn Nine-Nine should also be relieved to know NCS gave the show an early renewal with season eight getting the green light back in November 2019.

The cast got the news from NBC executive Tracey Pakosta, who announced the recommission at a table read.

A short video of the moment was posted on the show’s official Instagram page and saw the actors elated with the news.

Sadly, due to the coronavirus pandemic shutting down production on film and TV shows across the world, it’s not yet clear when the comedy series will be up and running for season eight.