The third season of Bulletproof is set to be like none other before as Ronnie Pike (played by Ashley Walters) and Aaron Bishop (Noel Clarke) jet to Cape Town, South Africa for a new case. And speaking ahead of the season three premiere on Sky One, Clarke and Walters promised the relocation of the series led to more explosive stunts than ever before. So much so, the Top Boy star admitted he feared the stuntmen “may have lost their lives”.

Speaking during an Q&A to Express.co.uk and other press, the Bulletproof stars were quizzed on pushing the boundaries with the car chases and stunts third time around.

Delving into the details, Walters explained: “Regarding stunts, I think that’s one of my pet peeves more than Noel’s.

“I’m just always asking for them to be better (laughs), because in the beginning when we came into this, this show came off the back of watching brilliant movies like Lethal Weapon and Bad Boys and stuff like that.

“And the stunt value in those movies is so great,” Walters continued. 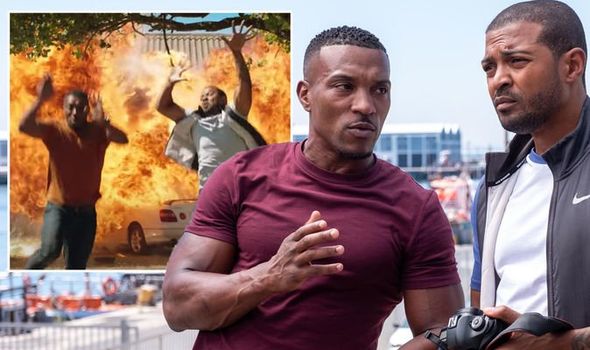 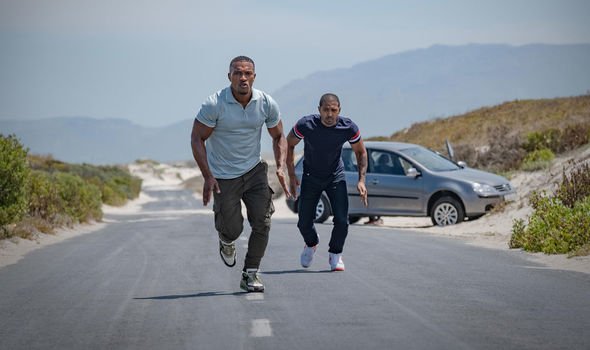 Detailing his love for the explosive on-screen scenes further, Walters added: “That was a bar for me.

“I was like, this show has to have stunts that are out of this world, whether it’s a TV show or film or not.

“So every season we tried to up it (and) we were definitely in a position in South Africa where – you know the stunt guys over there, no offence to them, but they’re crazy.”

After letting out a laugh, Walters went on: “They would just do the crazy things and where we used a lot of CGI in the UK, we do a lot of post-production where we add things in, gunshots or whatever. 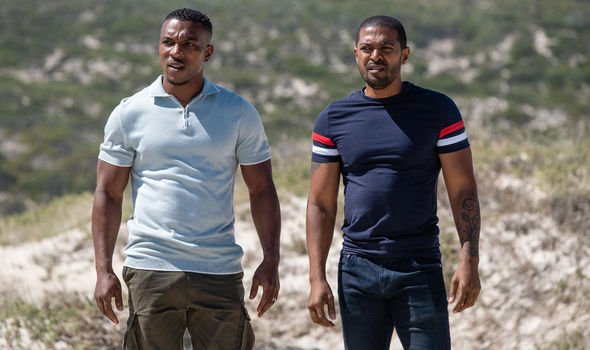 “Over there, it’s actually happening,” the Bulletproof star shared. “Things are going off next to your head.”

But this newfound approach to the dangerous and bone-crushing action sequences didn’t come without apprehension.

In fact, after witnessing some of the stunts unfold, Walters explained how he feared the worse for those taking part.

He continued: “It takes a long time to set up (but) the reaction you get from us is really real most of the time.

“I mean, there are some huge stunt sequences in this where we thought people may have lost their lives if I’m honest because it was absolutely crazy.”

However, Walters did clarify the Sky drama managed to avoid such devastating consequences thanks to the experienced team at hand.

“But the stunt team are really, really professional and amazing.”

Fans will be able to see these death-defying stunts come to life on-screen when Bulletproof: South Africa gets underway on Wednesday, January 20.

And there’s plenty more action and drama on the way after season three as Sky has already renewed the series for a fourth season.

However, the guys will be back in London in season four will filming set to commence in the English capital later this year.

And if the past few seasons are anything to go by, Sky viewers can expect plenty more action-packed drama on the way.

Bulletproof: South Africa premieres on Sky One on Wednesday, January 20 at 9pm.