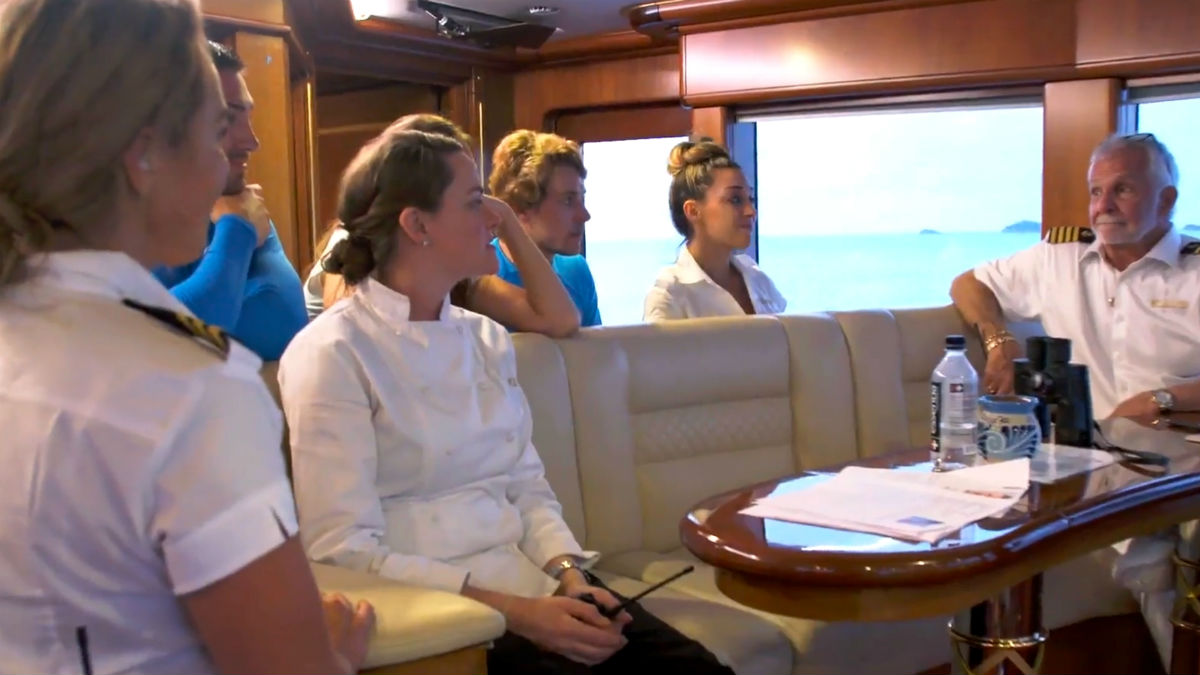 Captain Lee Rosbach has reacted to all the crying taking place on Below Deck Season 8. The Bravo show has only aired three episodes so far, but each one has been filled with tears and emotional breakdowns.

Fans expect some crew meltdowns to happen each season. It adds to the drama, making the yachting show so entertaining.

However, Season 8 has had a lot more tears flowing than previous seasons, and it is just getting started.

Chief stew Francesca Rubi broke down night one of the charter with Charley Walters and friends because she was sleep-deprived.

Chef Rachel Rachel Hargrove lost it on the same charter because of an unorganized galley and crazy over-the-top breakfast orders from the guests.

Then new second stew Ashling Lorger burst into tears due to lack of sleep and exhaustion after she boarded the My Seanna.

The infamous captain has seen a lot of emotional breakdowns during his stint on Below Deck. Captain Lee shows compassion when necessary, but also doesn’t put up with whiny behavior.

It comes as no surprise that Captain Lee reacted to all of the Season 8 cryings, sharing his thoughts on Twitter during the third episode.

Captain Lee has officially seen more tearful meltdowns this season than all the years he had been on Below Deck.

He also commented on Ashling crying but continuing to work. The captain praised her work ethic but admitted that she needed some rest. 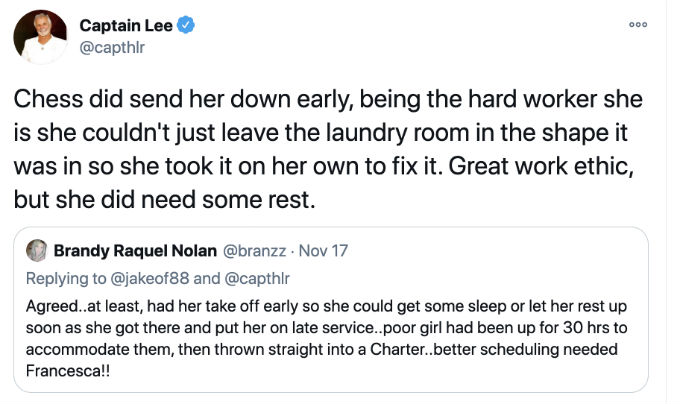 Below Deck Season 8 has faced uncharted territory for the crew. It started with Captain Lee in the hospital as the crew was boarding the yacht.

Then one day in charter season, deckhand Avery Russell had to leave due to a family emergency. Avery’s departure was not only historic for the Bravo show, it also left the crew down a man during a demanding charter.

Recently, Bravo shared a preview clip of Captain Lee losing it on a drunk charter guest. He ended the charter in one of the most jaw-dropping moments in franchise history.

The loss of Kate Chastain has definitely changed the show’s dynamic, too, and not just for viewers.

Captain Lee went through an adjustment period, but he has nothing but love for Francesca. The captain has asked fans to give Francesca a chance and not compare her to Kate.

The season has barely begun, which means fans can expect more tears to come.

Below Deck airs Mondays at 9/8c on Bravo.