Meteorologist Carol Kirkwood has been at the BBC for more than 20 years, and normally presents the weather forecast to viewers of BBC Breakfast. But Carol didn’t make an appearance on the show alongside hosts Naga Munchetty and Charlie Stayt on Thursday, with Sarah Keith-Lewis standing in as weather reporter instead.

Introducing the first weather update of the show, Naga welcomed Sarah but no explanation for Carol’s absence was given.

Fans of the show enjoy Carol’s reports and the rapport she has with the show’s hosts.

The 58-year-old began her career at the BBC in 1993, where she joined the channel’s Television Training department at Elstree as a presenter. 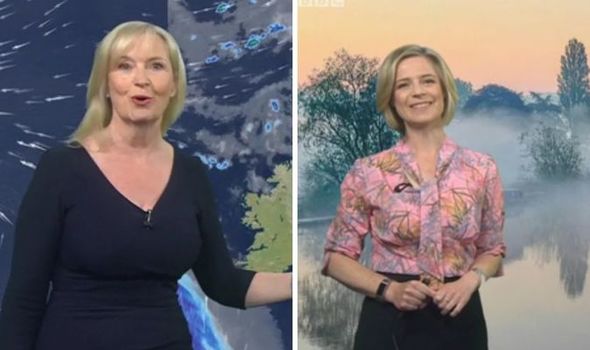