Carol Kirkwood has spent 21 years delivering weather forecasts to the nation on BBC Breakfast. During this time, the TV host has been victim to a number of gaffes including a dog urinating metres behind her as she predicted a heatwave. Among her most noteworthy moments was an on-air slip-up when the Scottish star’s necklace broke midway through a broadcast.

Carol was moments away from rounding-up her weather forecast bulletin when she burst into hysterics after the chain of her necklace snapped and fell down into her top.

The presenter, then 51, tried to hold back tears of laughter and struggled to remain composed only to lose it during the final seconds of her early morning BBC broadcast in 2012.

As she announced “here comes the rain” to viewers, a muffled thud could be heard as the gold accessory struck her microphone.

Moments after it dropped, she confessed to viewers: “Whoops, my necklace has just fallen off.” 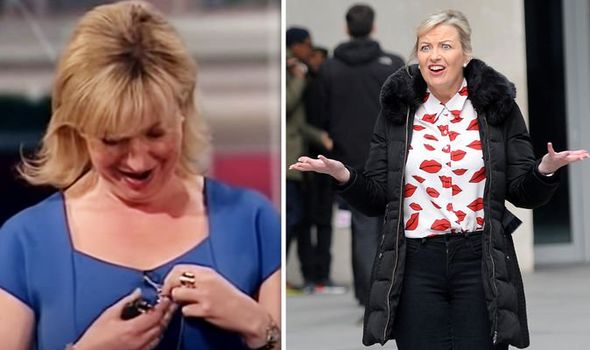 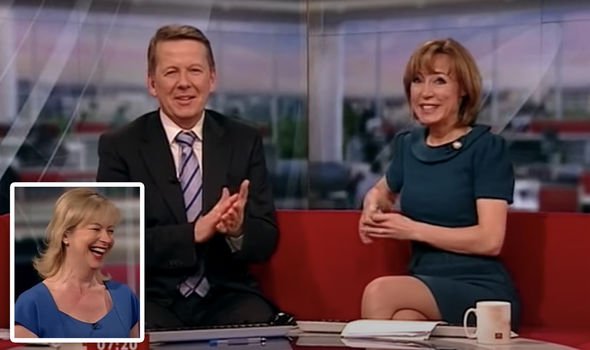 Beaming with a cheeky smirk, Carol continued with the rest of her weather forecast but regularly looked back at the map of the UK in an attempt to stifle her hysterics.

As she turned between viewers and the green screen, half of her necklace’s chain was hung around the neck while the other part swung across her chest.

As Carol explained that it was “cooler from the North”, she burst into laughter and the remainder of the forecast was inaudible due to her giggles.

As the camera cut back to presenters on the couch, Bill Turnbull said: “How many years have you been here, and that has never happened?” 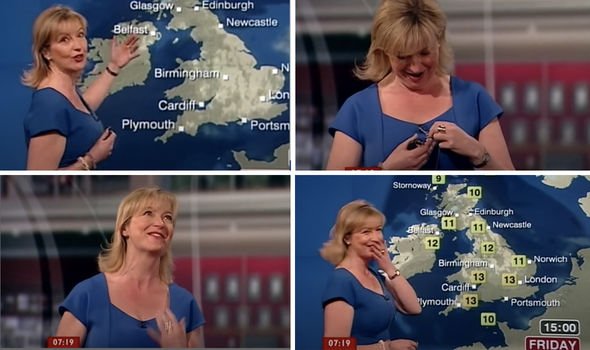 Carol quipped: “Sorry about that. I could just feel it coming off and slipping further and further south.”

Co-presenter Sian Williams added: “Well congratulations for getting through that.

“We all saw it happening and we wondered ‘Is she going to be able to hold it together?’ Well done Carol.”

Carol replied “thank you”, as the trio giggled about the incident before moving onto the next item on the news agenda.