Faith Cadogan (played by Kirsty Mitchell) was horrified when she discovered her husband Lev Malinovsky (Uriel Emil) had cheated on her with Xander Hayes (Danny Szam) in the BBC hospital drama. She refused to believe Dylan Keogh (William Beck) at first but eventually confronted her husband and Casualty fans will be desperate to see her move on with fan favourite Dylan. However, the pair will be involved in a tragic ambulance crash which could see Faith die just as she opens up.

In tonight’s episode, Faith reaches out to Dylan but is left crushed when he refuses to engage with her.

Lev urges his wife to work at their marriage but she rejects his attempts at reconciliation.

The advanced clinical practitioner is then forced to team up with Dylan to transfer a patient to a nearby hospital St James’s.

During the journey, Faith apologises to Dylan for calling him a liar but he shuts down the conversation. 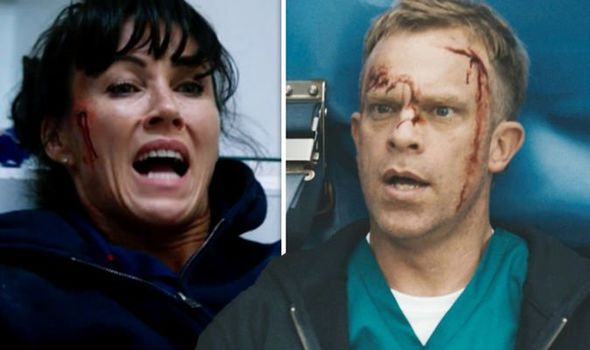 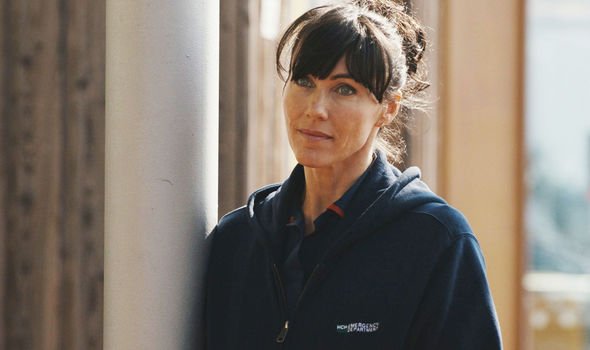 Once the patient has been dropped off, paramedic Pravi offers to drive the pair back to the Emergency Department.

Wanting to avoid Faith, Dylan sits in the front of the ambulance leaving his colleague in the back.

However, tragedy strikes when a lorry crashes into the ambulance killing Pravi instantly.

As the ambulance teeters over the edge of the water, Dylan regains consciousness and calls out to Faith. 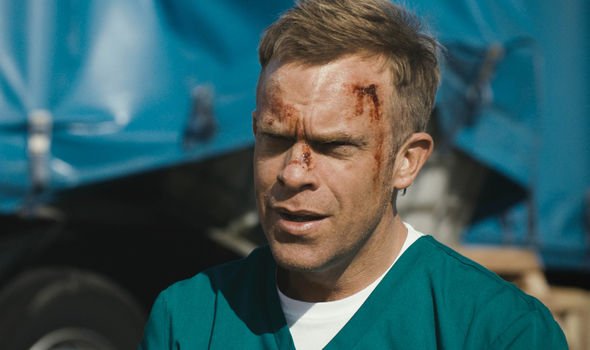 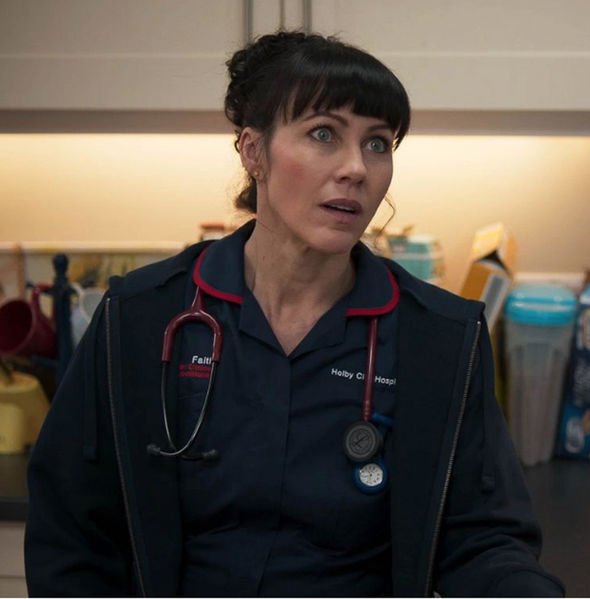 The ED doctor is horrified when he realises his phone is smashed and he has no way of calling for help.

Dylan manages to get out of the ambulance but Faith is terrified when she realises how serious her injuries her.

“Faith’s thrown about in the back of the ambulance,” actress Kirsty explained in a recent interview.

“At first, she doesn’t think her injuries are serious. But then she works out her symptoms, and realises that if she doesn’t get out of there quickly, she won’t have long left.”

Dylan explains why he told her he had spotted Lev kissing Xander in a desperate attempt to keep Faith awake.

“It gets to the stage where it goes on so long, and Dylan can’t get her out,” Kirsty told Inside Soap.

“Faith thinks this is it, this is the end. And you get to see how they feel about each other.”

Fearing he’s about to lose her, Dylan confesses his love and Faith reciprocates.

Will Dylan be able to save Faith or will she die in his arms after finally telling him how she feels?

Meanwhile, Kirsty revealed they were supposed to film this dramatic episode before the first lockdown last year.

The actress explained there were things that had to be changed to ensure the cast and crew adhered to social distancing.

“We had to change a lot of it, however, amazingly, we made it work,” she added.

Casualty continues on BBC One tonight at 7.45pm