After a discussion of the British railway system, Charlie Stayt and Naga Munchetty joked about the host’s prior interview with transport secretary Grant Shapps on BBC Breakfast on Thursday. As Fleming commented on plans to reform British railways, he pointed out Stayt forgot to ask a very important question.

Munchetty began: “The reform plan will see the creation of the Great British Railways body, which aims to improve training infrastructure, ticketing, and timetables.”

Stayt went on to introduce Fleming who gave a run down on what the changes to British railways would mean for the country.

However, before his segment came to an end, he took the opportunity to tease Stayt about his interview with Shapps.

In a clip played by the BBC team, Shapps was heard saying: “I can’t pretend that, suddenly, instantly, that just because we changed the name the trains are suddenly going to run on time.” 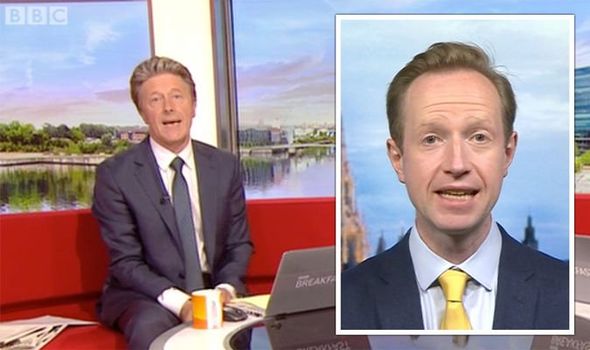 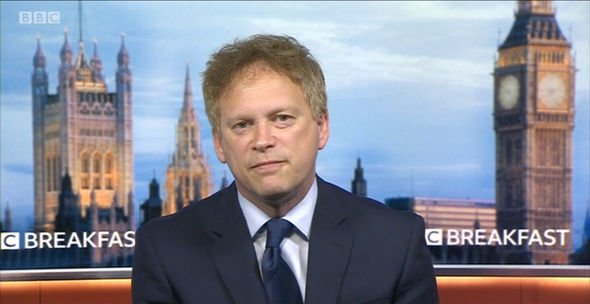 “There’s a downpayment with the flexible season tickets, a better way of running our railways and that’s what we’re committing to today.

“I think Great British Railways will become trusted and known, and actually has some control over what is happening to the railway, which is something that has been missing for a lot of years,” he concluded. 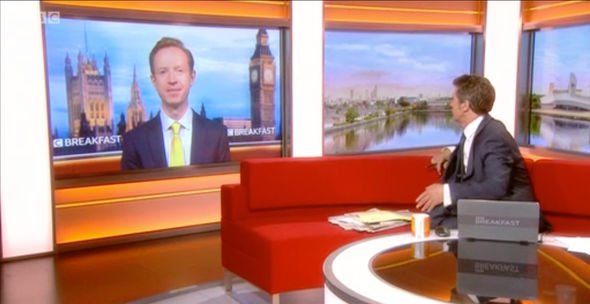 “So that is the sort of problem the government is trying to solve here,” he added.

Cutting in, Stayt asked: “Is a pheasant a small bird or a big bird?”

“I don’t know,” Fleming replied. “Apparently, there are 400 people who work out things like that.”

Munchetty remarked: “Wouldn’t it be simpler to just go on weight?”

“I don’t know. You should have asked Grant Shapps, you missed your chance!” Fleming retorted teasing Stayt.

Munchetty commented: “Well, there you go. Charlie, I blame you for that one.”

“You’re right Adam, you’re right, we should have pursued that line of enquiry,” Stayt joked.

“Next time he’s in, he won’t escape,” he concluded, making light of the situation.

Earlier in the day, Shapps spoke about simplifying the railway organisation, and getting rid of any “nonsense”.

But the Transport Secretary was criticised on Twitter for failing to give substantial answers to Stayt’s questions.

One person tweeted: “Did Shapps answer the questions? If not, as it’s now common for Ministers to not answer questions, then there’s your answer”.

BBC Breakfast airs weekdays at 6am on BBC One.