For the longest time, the most desirable homes had the most square footage. A sprawling mansion was a symbol of wealth and status. But now everything is different with the tiny house trend taking over.

Chip and Joanna Gaines know something about living in a smaller home. Their 1800 square foot farmhouse accommodates their family of 7 just fine. And now they’re showing off even more extreme options with the new Magnolia Network series, Van Go.

The latest Magnolia Network preview shows off a little bit what Van Go will look like, and it’s quite intriguing.

Tiny houses are taking over HGTV and other networks 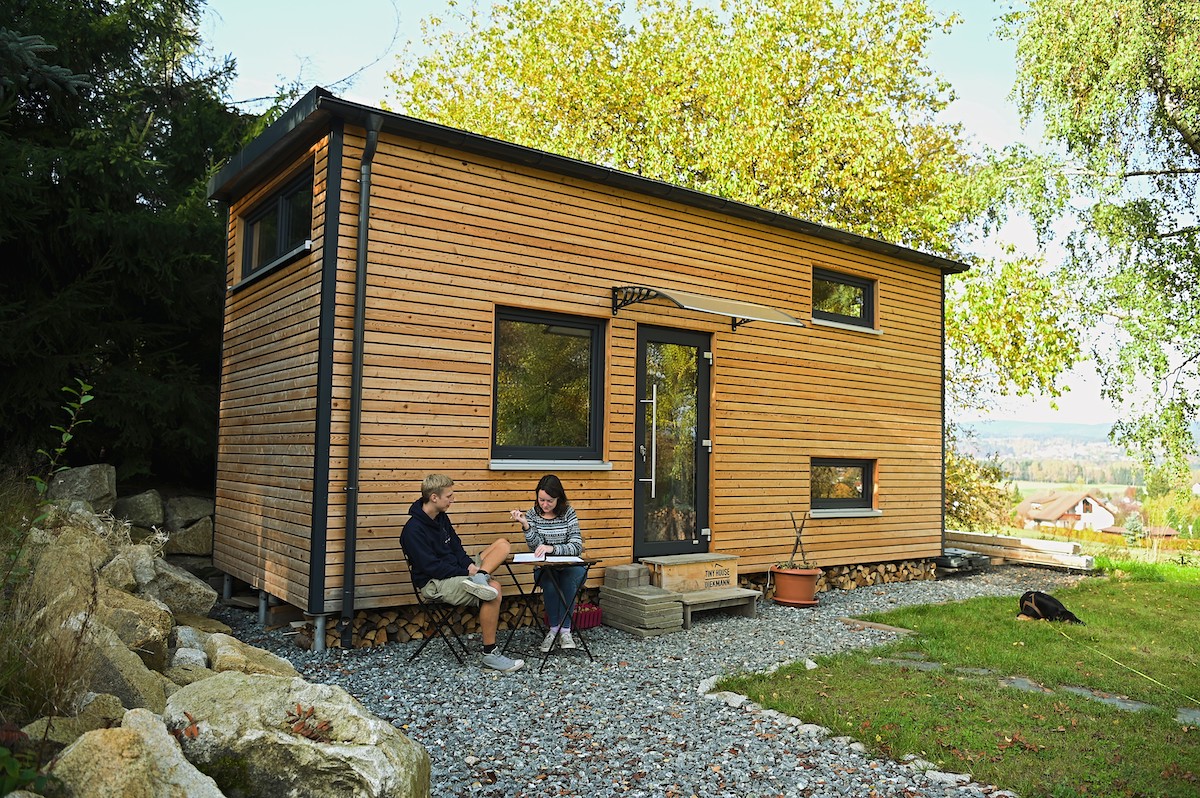 Tiny house living is fascinating even for people who aren’t sure they want to make the lifestyle change themselves. With the rising cost of living in major cities, plus more and more companies offering remote work options, tiny houses are becoming more popular every day. And HGTV shows viewers exactly what to expect when they take the plunge.

Shows such as Tiny House Hunters and Tiny House, Big Living offer practical advice for viewers. Plus now Chip and Joanna are adding a series to their Magnolia Network lineup that’s even more extreme.

A tiny house is anything smaller than 1,000 square feet. Many are mobile and resemble campers or RVs. And then there are homeowners renovating other types of vehicles, like repurposed school buses or even vans.

Van Go follows one Austin-based visionary who transforms vans into dwelling spaces for tiny house enthusiasts. Brett Lewis was sick of paying rent, so he converted a van into a house. This eventually led to the creation of his company, Chewy Design Co.

The Magnolia series will document Lewis renovating different vehicles into dwelling spaces for his customers.

One detail most Magnolia shows have in common is they feature people who weren’t looking for their own television shows. The Gaineses already stressed how Magnolia will thrive on authenticity, which is why they’re choosing people like Lewis to have their own shows.

“I don’t think Brett was ever looking for a show on television, he was just doing what he loves,” Joanna explained during the preview.

“And we’re like, ‘Hey, can we just put a camera on you? Because what you’re doing is so fun to watch.’ He can tuck away a toilet, and a sink, and a dishwasher in places you can sleep on at night. That’s a whole other level.”

It’s similar to what the Gaineses said during an interview with Fast Company. “Our secret ingredient to good television is finding people who do not want to be on television,” Chip explained. Joanna agreed, explaining their unique casting process.

“We didn’t go out and do casting calls, anything like that. We just looked around,” she said. “It’s what they’re doing in real life that drew us to their story. Without the cameras on them, you could see the passion, you could see the drive, the risk. And then when you’re watching, you’re like, ‘Now I want to go do that.’”

Magnolia Network is coming to cable in January 2022. The streaming app launches in July 2021. In the meantime, the first episode of Van Go is available right now on discovery+.