Chris Harrison's 'Wheel of Fortune' Episode Came With a Disclaimer 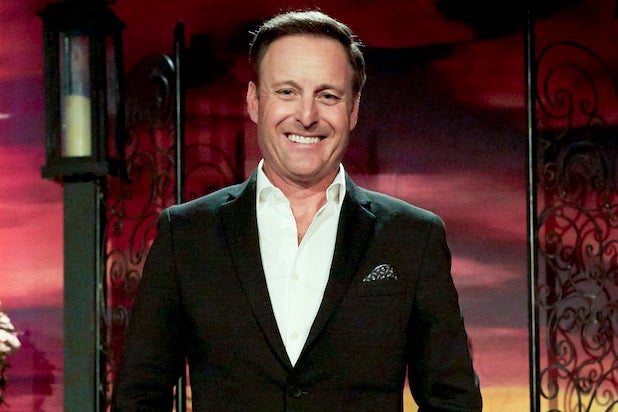 Chris Harrison’s “Celebrity Wheel of Fortune” episode came with a disclaimer when it aired Thursday night, less than two weeks after he said he was “stepping aside” from “The Bachelor” over racially insensitive comments.

Harrison appeared on the ABC game show, competing alongside Alfonso Ribeiro and Robert Herjavec, to raise money for Feeding America. As he prepared to spin the wheel, a disclaimer popped up at the bottom of the screen reading, “This episode was previously recorded in December 2020.”

The addition of the disclaimer came after Harrison received backlash for his remarks during a Feb. 9 interview with Rachel Lindsay, the “Bachelor” franchise’s first Black female lead. In the interview, Harrison defended current “Bachelor” contestant Rachael Kirkconnell, who recently came under fire for past racist actions, including “liking” photos with Confederate flags and attending a plantation-themed sorority party.

After Lindsay said Kirkconnell’s actions were “not a good look ever, because she’s celebrating the Old South,” Harrison responded, “You’re 100 percent right — in 2021. That was not the case in 2018. Again, I’m not defending Rachael. I just know, I don’t know, 50 million people did that in 2018 — that was a type of party that a lot of people went to.” Harrison went on to encourage “Bachelor” fans to show compassion toward Kirkconnell, lambasting “the woke police” for taking the situation too far.

Harrison immediately faced backlash from fans who criticized him for casually dismissing Kirkconnell’s racist actions. The next day, he issued an apology on Instagram for “wrongly speaking in a manner that perpetuates racism,” and announced he would be “stepping aside” from his hosting duties on “The Bachelor” for an unspecified amount of time.

Some fans had hoped Harrison’s “Celebrity Wheel of Fortune” episode would be pulled from ABC’s schedule, but in fact, he proved to have the winningest night on the show, raising more than $62,000 for Feeding America.

Meanwhile, recent episodes of “The Bachelor” featuring Harrison have yet to air with any kind of disclaimer.