Chris Pratt Joins the Cast of 'Thor: Love and Thunder'

Pratt will reprise his role as Star Lord, while Oscar-winner Taika Waititi will return to write and direct 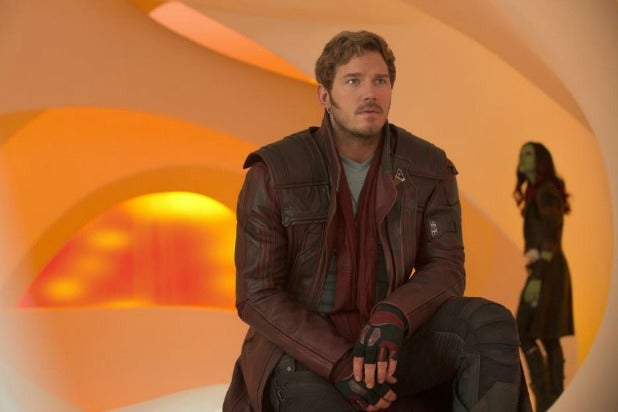 In a move that shouldn’t surprise anyone, Chris Pratt’s Star Lord is joining the cast of “Thor: Love and Thunder,” according to an individual with knowledge of the project.

Taika Waititi — who took home the Academy Award for Best Adapted Screenplay for “Jojo Rabbit” — will return to write and direct. The filmmaker directed the third film in the installment, “Thor: Ragnarok,” which was written by Eric Pearson, Craig Kyle and Christopher L. Yost. Waititi also portrayed Korg in “Ragnarok” and “Avengers: Endgame.”

The plot remains under wraps, but at the end of “Avengers: Endgame,” Thor leaves New Asgard on Earth and hitches a ride to parts unknown with the Guardians of the Galaxy. As they get ready to depart, Thor jokingly refers to the group as the “Asgardians of the Galaxy,” leading to a funny exchange with Peter Quill (Chris Pratt) aka Star Lord about who really leads the team. So we know at least where Thor might be when he returns.

The future of the Marvel Cinematic Universe after “Avengers: Endgame” is a great big mystery — and exciting mystery which we have to try to piece together. Until we get any kind of detailed plan from the future from Marvel Studios, we’ll have to have to have our fun making guesses about what the “Black Widow” movie might be about or extrapolate based on details from “Endgame.” Such as that scene late in the movie with Thor and the Guardians of the Galaxy.

While the name “Asgardians of the Galaxy” in “Avengers: Endgame” mainly served as a fun pun — and probably also to set up Thor as a full on Guardian in “Guardians of the Galaxy Vol. 3” — in the comics it’s actually an existing superhero team, and the reference could be hinting at a fun new expansion of the Guardians.

“Thor: Ragnarok” grossed $854 million at the worldwide box office since its November 2017 release, and scored rave reviews from critics, achieving a 93% “fresh” score on Rotten Tomatoes, as well as an “A” CinemaScore.