Christine Lampard was joined on Lorraine today by Andi Peters who was presenting the competition segment. But as he promoted the big prize of £95,000 on offer this week, Andi injected a bit of fun and surprise as he left a present for Christine on the table, which she wasn’t expecting.

Christine began: “Jamie Redknapp joining us in a minute. First though, it’s back to Andi, of course, who’s going to be loitering in the studio for the rest of the show.

“You’ve got all of the competition details haven’t you?” the presenter added turning to face Andi.

He replied: “It feels a little bit like home now.

“Me and you, we just swap seats on a weekly basis. What’s not to love?” 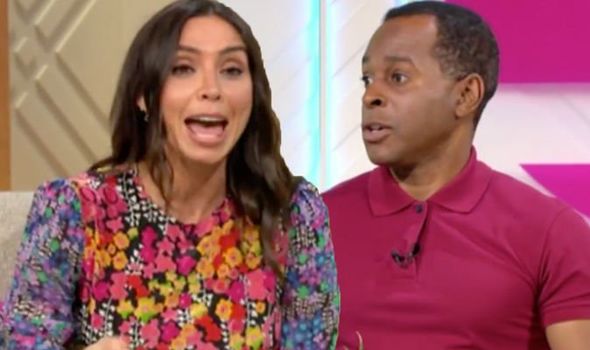 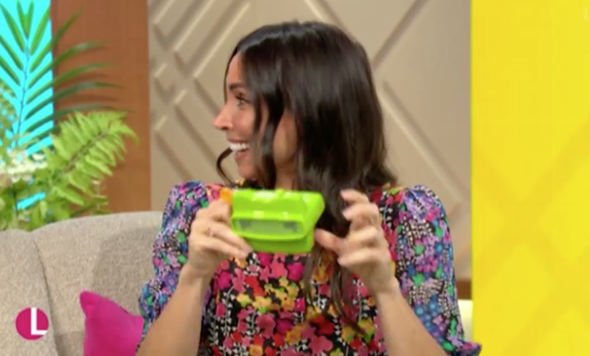 Andi continued: “I got you a present, have you got the present there?

“Look, have a look through that Christine.”

Christine was seen holding up a green object, which when you pressed a clicker, showed a reel of photographs.

As she clicked through, viewers were shown the images of Andi filming a number of competition segments. 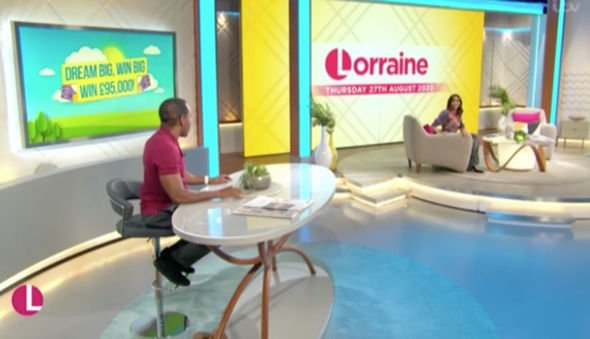 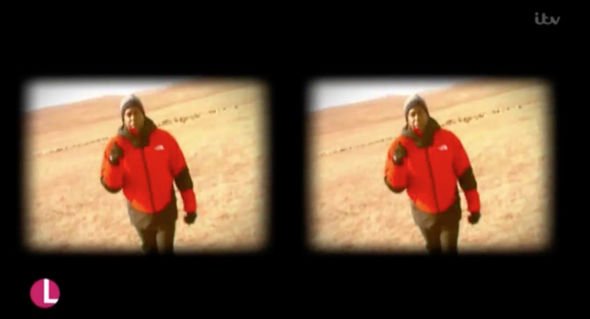 He was pictured scuba diving in the sea, enjoying a rollercoaster and even on a biplane.

Andi explained: “As you can see, yes pictures of me of course, it’s all to do with prize, which is called Dream Big, Win Big.

“You might think these look like some of my holiday snaps but they’re not. That’s actually me working, all of those ones are of me working.

“Look at that one there Christine, that’s me in Zambia, unreal.”

But as Christine looked through the photos, the camera returned the studio and the presenter was seen looking a little flustered.

“Oh, you can’t show that on on the telly!” she exclaimed, hinting there was a racy snap of Andi included.

He burst out laughing as Christine: “I’m putting that down!”

Christine was later joined by Jamie Redknapp and she was keen to find out if he would appear on I’m A Celebrity… Get Me Out Of Here! and follow in the footsteps of his father Harry.

While Harry went on to win King of the Jungle, Jamie wasn’t so keen.

“Leave it out,” Jamie said laughing at Christine’s suggestion he take part.

Christine suggested: “Maybe when it’s back in Australia.”