CORONATION Street drug dealer Jacob will threaten Carla Connor when she tries to save Simon Barlow from his clutches.

The factory manager – who is played by actress Alison King in the ITV soap – will track Jacob down after discovering what Simon has been up to. 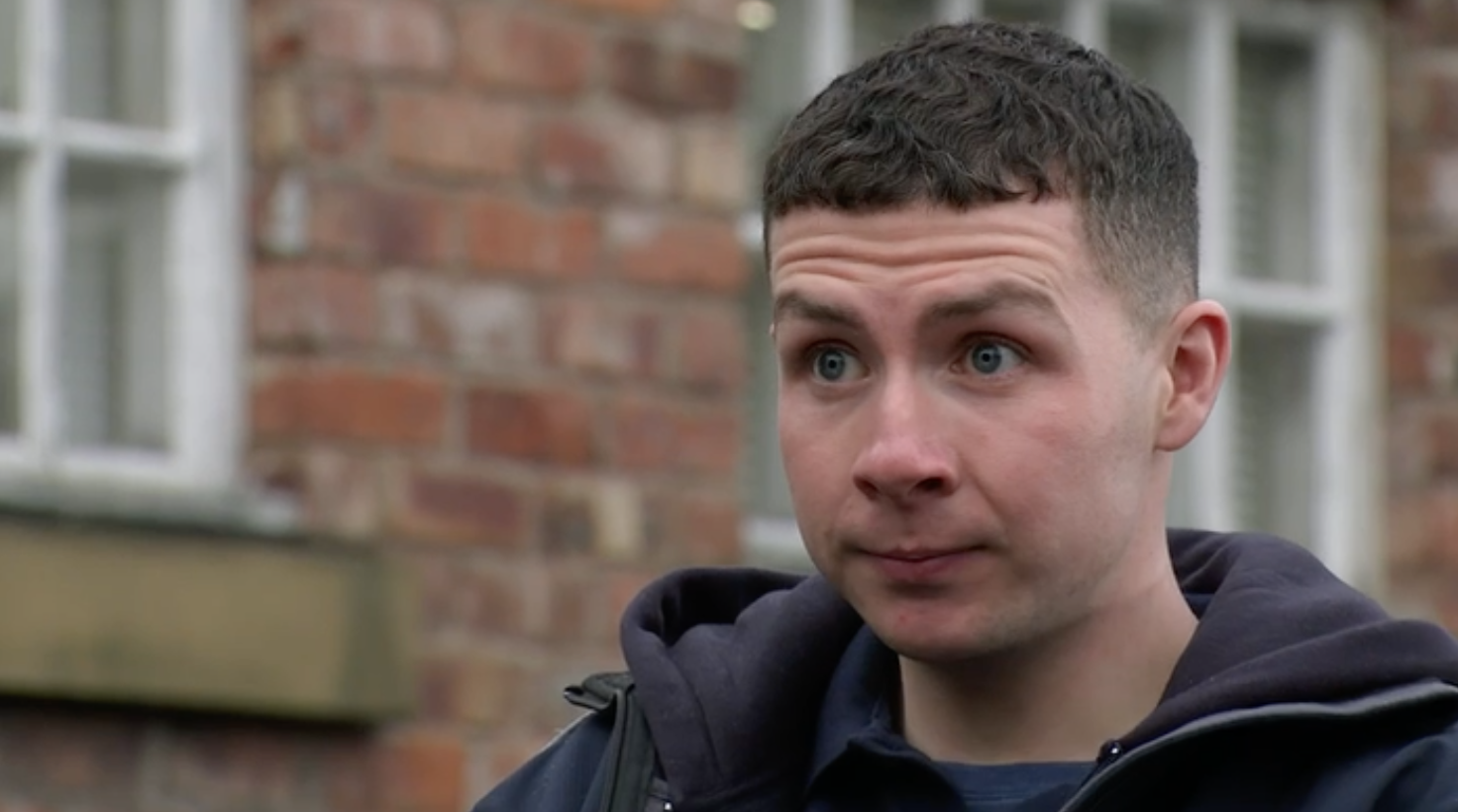 The moment she tackles him has been released as a spoiler clip by the soap.

Storming up to Jacob, she said: “Oi, got a minute, right I’ll get straight to the point – Simon, leave him alone.

“I’m his evil stepmother and you should be scared. I know what’s been going on Jacob and I don’t want Simon hanging around with someone like you.

“You being Simon’s mate – it stops now.” 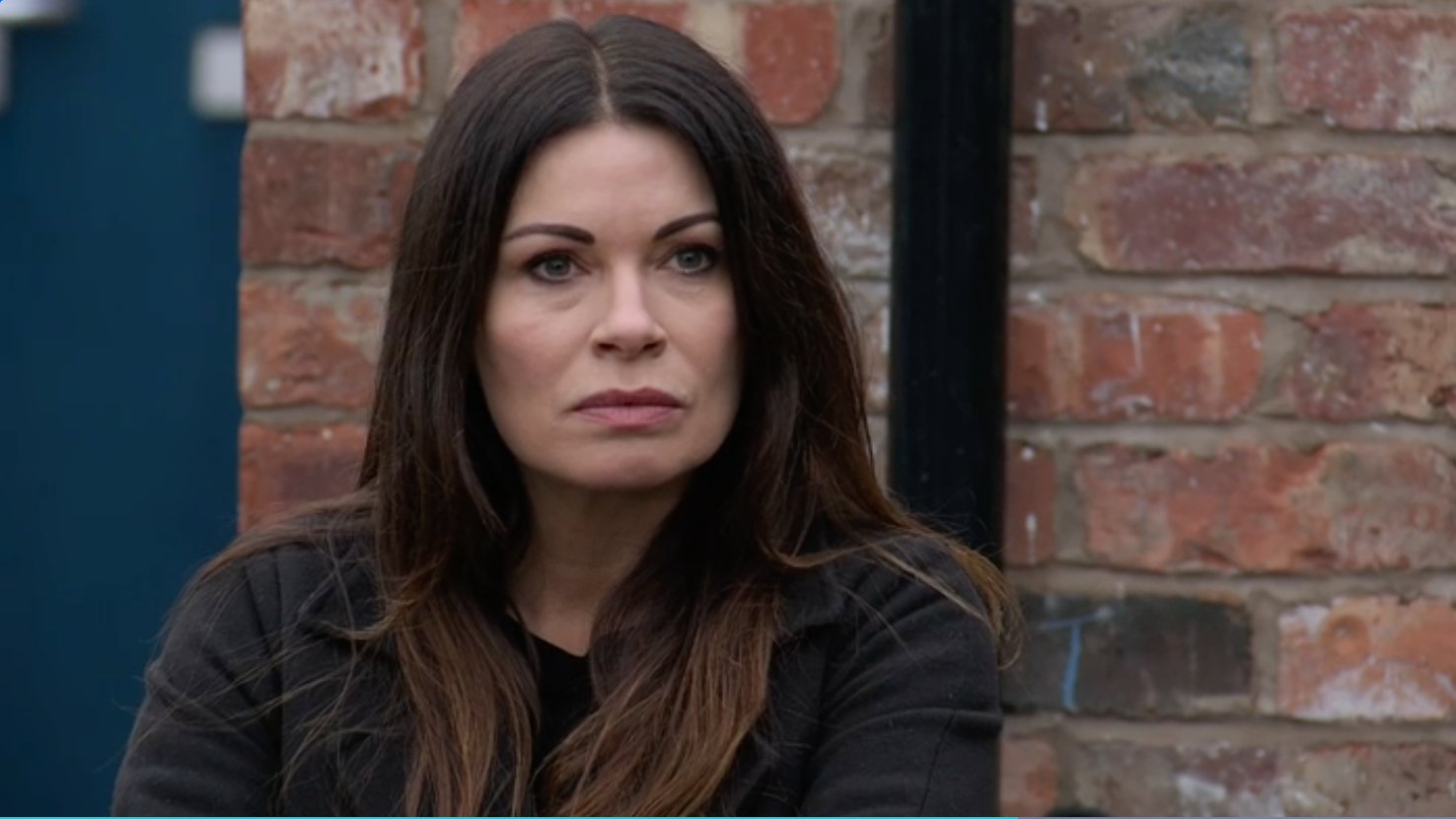 But as Jacob refused to leave Simon alone, Carla unleashed on him.

She said: “You know what Jacob, I’ve known lads like you all my life.

“You’re just a little boy playing at being a big scary gangster and it’s a joke.

“And you might be able to intimidate Leanne but you don’t scare me. You and Simon it stops now, or you’ll regret it.”

However Jacob refused again and issued a chilling warning of his own. 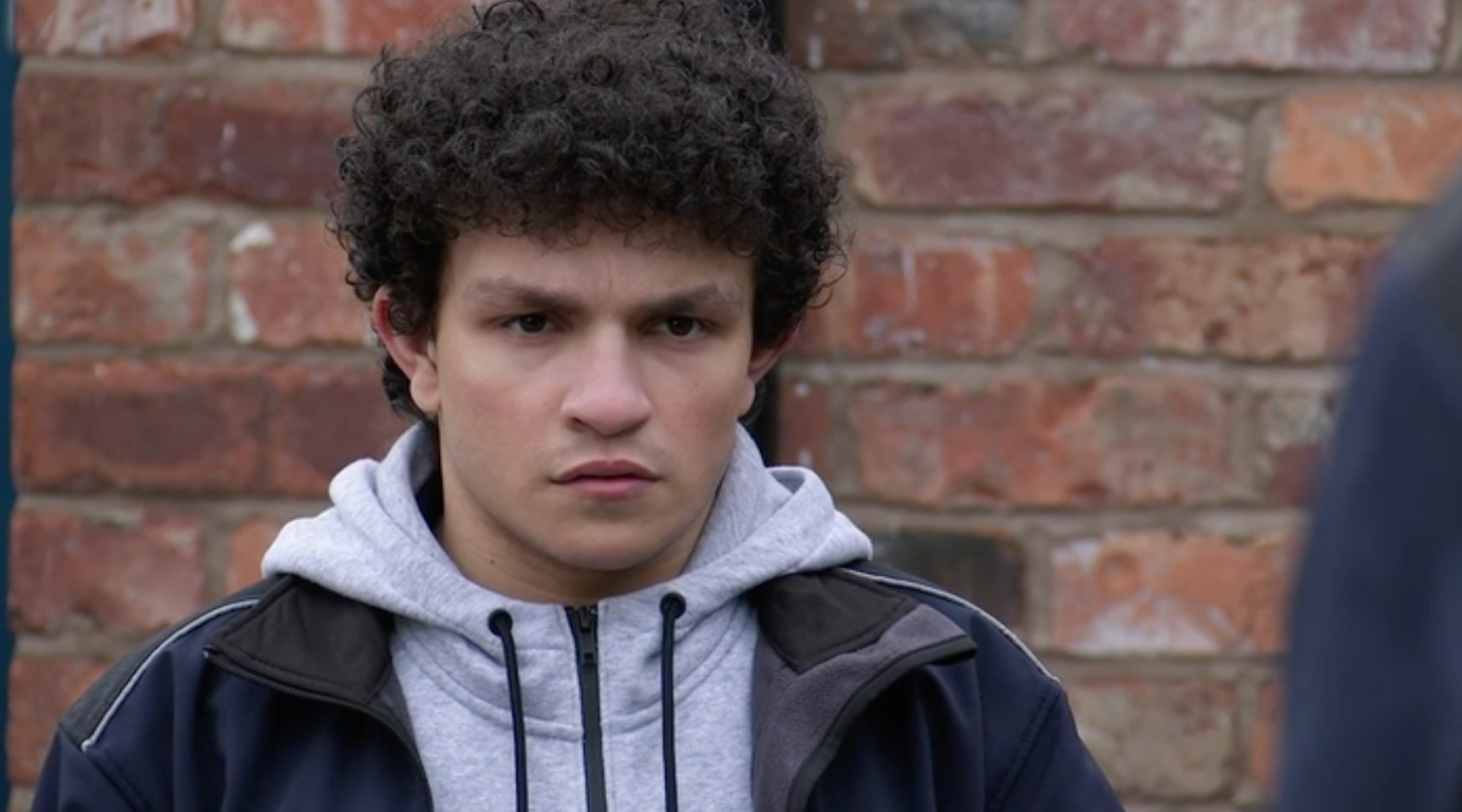 Jacob told her: “Simon’s a good kid, we get on really well – he tells me things you know.

“Like his poor little brother, or his dad trying to top himself. So soz if I’m not shaking with fear but I don’t think you’re going to do anything.

“Because if you did you might regret it. Or Simon, or his loser dad, or his messed up mum.

“This is way bigger than you think so I’d keep your mouth shut if I were you.”

Carla stalked off and when Simon arrived, Jacob warned him too.

He said: “Your mum’s been blabbing.

“You best tell her to shut it or she’ll have more to cry about than her dead kid’s broken toy.”