Coronation Street’s Leanne Battersby (played by Jane Danson) has been terrorised by Harvey Gaskell (Will Mellor) for months. Initially, Simon Barlow (Alex Bain) was taking the brunt of his dirty work, but when she found out what her son had been dragged into, she tried to get him out of the dark drug’s world only to find herself the centre of Harvey’s attention. For several weeks she had been holding, transporting and selling drugs, until she could do so no more and went to the police to confess. They immediately asked her to help them catch the dealer but her and her family’s life was put in danger so she went into witness protection, only for Harvey to coerce them out of hiding but threatening other residents on in Weatherfield. With the court scenes playing out this week, will this be the last time Harvey is seen? Express.co.uk spoke to Will who plays the newcomer about returning sometime in the future.

“I never say never to anything,” he remarked. “The thing is for me, this character, we’ve seen this side of him.

“So, I’d like to find out that, I don’t whether that’s a possibility, whether that happens, but I think it’d be nice to see the other side.

“There’s a line that he says in the script, Leanne says ‘I don’t want to do this’ and my character says ‘No you don’t, I get that. It’s not my ideal job but I didn’t get my GCSE’s so here we are.’

“It’s a very telling line that, it’s sort of saying, ‘Well listen, I didn’t want to be here either, but I’m doing this’. 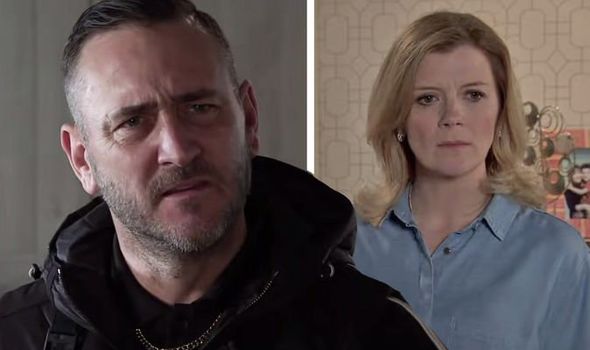 “So somebody has got hold of him at a young age and said ‘right you’re doing this,’” he continued. “I know he’s a horrible person but there’s a story behind everyone who’s in this situation, I’d like to find out that side. But I don’t know if we will.”

Either way, the actor hopes fans “will enjoy the storyline, even though he’s not the nicest person”.

“But I’m enjoying playing it,” Will continued. “And hopefully people just run with the story and take me in and see the character for what he is.

“Coronation Street is a huge show and the longest running soap and I’m honoured to be in it, so for me, playing this character is massive.

“I just want to do justice for the character, for myself and for the show, Coronation Street.

“I just hope it goes down well for people who are fans of Corrie and whether they like the character, when he’s not around, I hope they say ‘he was a good baddie.’” 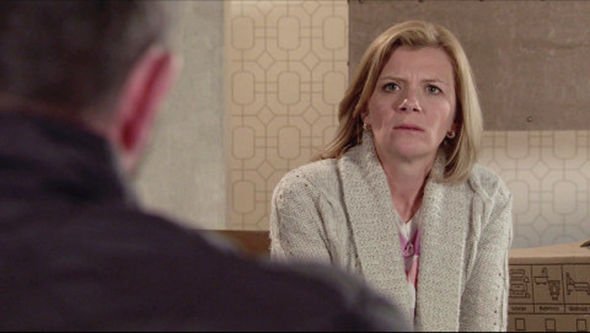 Will also spoke about the importance he felt to get the personality of the character right.

“He’s a different kind of baddie, I’ve played a couple of baddies, I played a baddie in Merlin, which was a knight, it’s not in the same realms of [Coronation Street], it’s a period piece.

“In EastEnders, I played a bit of a smarmy guy – I was only in it for about four episodes – I went in and attempted to rape somebody.

“This is a seasoned baddie who people can recognise; he’s a street guy who’s turning vulnerable people into drug dealers because they’re not on the police radar.

“And it’s the lowest of the low for me, to do that to an innocent person and then to pressurise them into doing things that they don’t want to do with bully tactics. 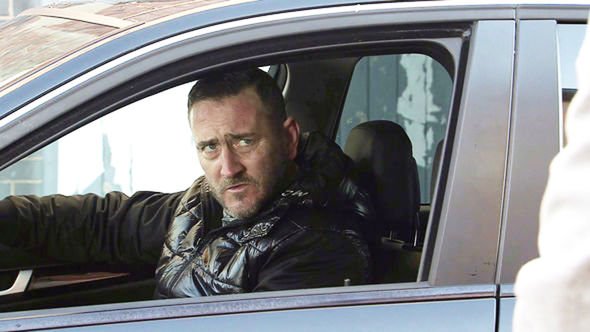 “There’s an arrogance that comes with this character as well that he can’t be touched,” he added.

“There’s loads of different levels to how you play this character. I don’t want to be too stereotypical but at the same time you want to be realistic, so I’m very conscious and I’m a perfectionist, I want it to be right.

“However, people look at soaps, I’m just trying to make as believable as I can.

“And as real as I can so people don’t see me as Will Mellor, they see the character and that’s what matters to me.”

This week, viewers will see Harvey stand trial and Leanne will defy his threats, bravely giving evidence against him.

She will explain how he lured Simon into the world of drug dealing through his friendship with Jacob and how Harvey oversaw everything.

She will also confess to dealing drugs for Harvey, to take Simon’s place and keep him safe.

Harvey’s aunt, Sharon Bentley is also going to give evidence, having been arrested and striking a deal with the police.

She will confirm everything Leanne is saying is true and shares details of how Harvey nurse vulnerable teenagers to do his dirty work.

Coronation Street is available to watch on the ITV Hub now.