CORRIE fans were left in hysterics tonight as Tim instantly recognised Ryan’s voice on the phone after his terrible attempt at an Irish accent.

The doting boyfriend was doing his girlfriend Alya a favour and checking to make sure the cabbie was at the office before she popped round to see Sally. 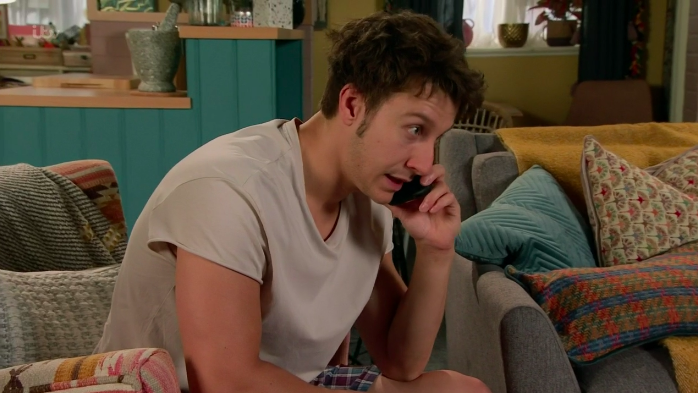 Not wanting to run into Tim, Alya asked Ryan to call Street Cars and see if he answers so she would know if it was safe or not to pop round to Sally’s.

Sitting back in the chair wearing just a pair of boxers and a t-shirt, Ryan calls the cab company and puts on his best accent in the hope to confuse Tim.

Speaking in an unconvincing Irish accent, Ryan says: “Well hello there, I’d like a taxi if I may?”

Not missing a beat, Tim replies: “Is that Ryan? Your number is linked to your name and address mate.”

Looking startled, Tim just has time to ask what’s up with the dodgy Irish accent before Ryan hangs up. 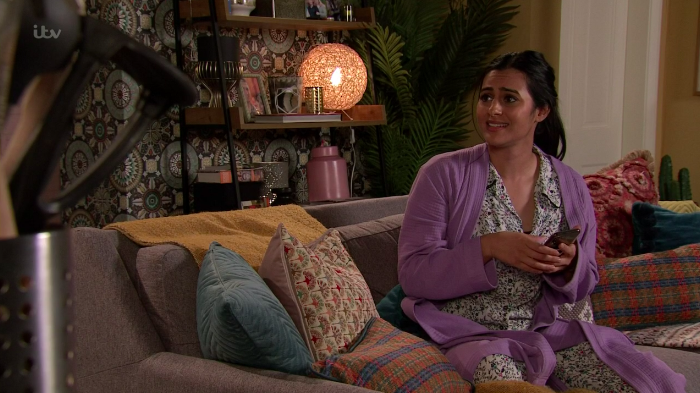 Things are heating up for Team Geoff and Team Yasmeen as the women of Weatherfield have started turning against the evil abuser one by one.

The arrival of Geoff’s ex Elaine, who fled an abusive marriage to Geoff back in the late 1960s after she was left fearing for her life, looked set to secure Geoff’s downfall as she agreed to give evidence against the brute.

But Elaine has since gone missing and with her any hopes of fighting Yasmeen’s attempted murder charge.

Next week’s episodes of Corrie will see Alya visit Yasmeen in hospital and tell her about Elaine’s mystery disappearance.

Alya goes on to say that she and Sally suspect Geoff is behind it and that she's worried about Elaine.

Yasmeen looks terrified and admits that she feels safer in prison than she does anywhere near Geoff.