Coronation Street resident Geoff Metcalfe (played by Ian Bartholomew) has been terrorising multiple residents in Weatherfield even after his wife Yasmeen Nazir (Shelley King) was imprisoned awaiting trial for his attempted murder. However, as conflict continues on the street, fans of the ITV soap were left questioning a scene involving Geoff and his son Tim (Joe Duttine), where they reminisced on how the wannabe magician had taught the latter magic tricks – but had not taught him to read or write.

BREXIT BULLETIN: Sign up for our special edition newsletter with exclusive insight from this week’s crunch talks

Tim had started to cotton onto the fact there was something strange going on and questioned his mum once more.

However, Geoff tried again to paint a more positive picture, reminding him how he had taught him magic as a kid.

The villain began to reminisce and told his son: “Your favourite [trick] was the coloured hankies, so simple. 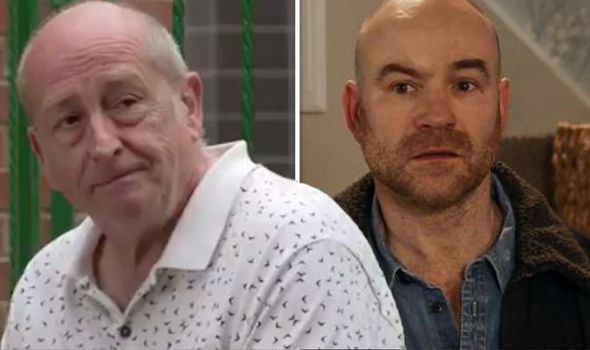 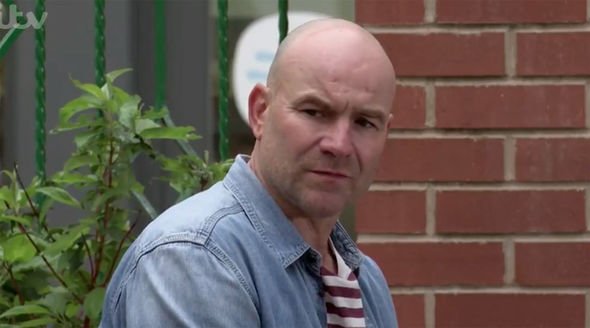 “I offered to show you how it was done but you said you didn’t want to know.

Tim replied: “I don’t want mystery anymore,” but Geoff soon hit back: “I’ve always told you the truth, Tim, and I still am. 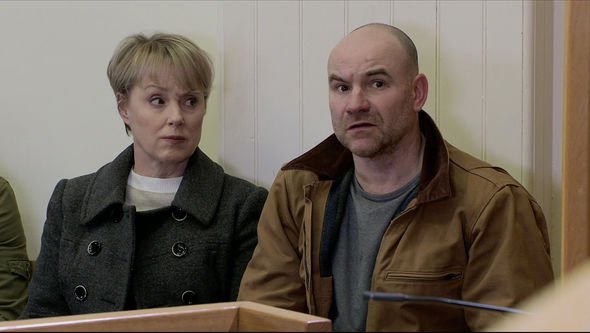 However, those watching the episode were left confused by part of the conversation after he had appeared to have omitted a crucial point of his son’s life.

While Geoff had taught his son magic, it seems he had failed to teach his son how to read or write, which baffled fans.

Long-term fans of the ITV soap will know Tim had an illiteracy storyline back in 2014 after it was revealed he had never learnt the skills.

But those watching were left perplexed as to why this hadn’t come up in their conversation about his difficult childhood.

“True, enough. A guy like Geoff would be well ashamed of an illiterate kid. In fact, I doubt he’d even allow it to happen,” added another.

A third shared: “Tim had quite a complex story when he came into #CoronationStreet then there was the whole Faye thing and finally the not able to read the story so the whole Geoff was a super dad just doesn’t sit right for me.”

“Yes Geoff, all those marvellous things you did for Tim as a child except something as basic as teaching him to read @itvcorrie #corrie,” said another.

Sally had entered the house with a spare key to find Yasmeen a book she wanted to read as she remains in custody.

Unfortunately, she was soon interrupted by Geoff, who quizzed her on what she was doing in the house.

He went onto issue her a sinister threat after she told him she knew he had “got rid” of Elaine (Paula Wilcox).

But will she manage to out Geoff for the abuser he really is before it’s too late?