Yasmeen Nazir (played by Shelley King) was due in court, but her trial against Geoff Metcalfe (Ian Bartholomew) was delayed until further notice after she suffered a heart attack moments before leaving the prison. During a conversation between Sally Metcalfe (Sally Dynevor) and Tim Metcalfe (Joe Duttine), it seems those acting on behalf of Yasmeen as her legal defence team could jeopardise the case entirely. Will Coronation Street viewers see the Speed Daal chef banged up behind bars for years after being pushed to the limit because of a ‘slip-up’?

In the moments leading up to Geoff and Tim leaving the cobbles for court, Sally and her husband spoke about the difficult positions they were both in.

“We can still talk you know,” Tim remarked and Sally replied flippantly: “What do you want to talk about? The weather, football, social distancing in the workplace?

“We can talk about everything,” he said but she reminded him: “Except the trial.”

“This is so weird,” Tim commented and Sally hit back: “Yes, well it’s not my fault.” 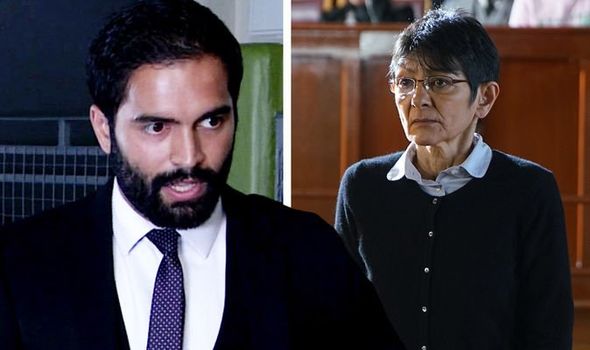 “You’re about to take a stand against my dad Sal,” He reminded his wife, but she was adamant: “Look, I am simply telling the truth – there’s nothing wrong with that. And I did iron your shirt!”

“Tell you what, if they get to me today, I’m not looking forward to being questioned by Paula,” Tim said.

And after Sally asked him why this was, he explained: “Because we know her! One minute she’s Sophie’s girlfriend, next minute she’s grilling me in court.”

Reassuring Tim, Sally commented: “She won’t be grilling you.” 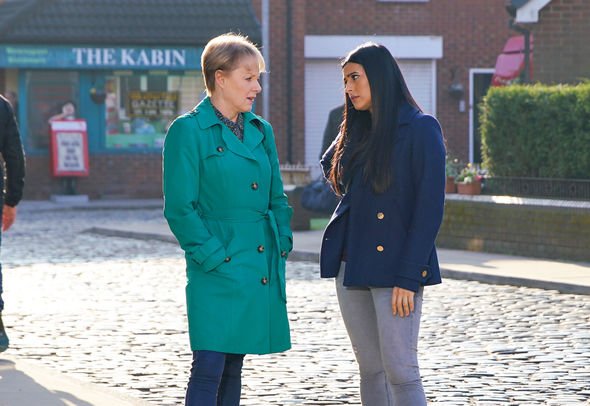 “Really? As far as I can see, the whole defence case thinks my dad’s the villain,” Tim replied.

“Apparently he was asking for a smack around the head with a Spanish white!

“I just don’t want to say anything stupid and make things worse for him,” he added.

“Well don’t say anything stupid! Just tell the truth and let the facts speak for themselves,” Sally remarked. 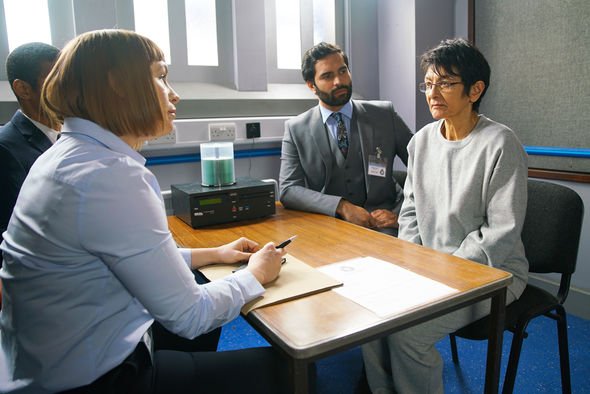 Their conversation was interrupted by the doorbell, and Geoff walked in.

But with the Metcalfe’s knowing Paula Martin (Stirling Gallacher) so well, will Yasmeen’s case be jeopardised?

There is a chance Geoff may have already ruined the outcome of the trial.

It comes after he took to the airwaves on his hospital radio show earlier this week.

ITV viewers tuned in to see him tell his “side of the story” to the avid listeners.

But who knows who was walking down the corridors, perhaps a potential jury member who will be forced to explain what she heard.

If this is the case, the judge may have to swap out a few members of the public who were called for jury service.