Oliver (played by Emmanuel and Jeremiah Cheetham) has become the centre of a heartbreaking storyline on Coronation Street after he was diagnosed with mitochondrial disease earlier this year. The toddler’s mother Leanne Battersby (Jane Danson) has been desperate for the medical experts to help her son, but as each day passes, it is becoming clearer she is fighting a losing battle. One person who believes the youngster should now be taken off his life-support machine is ITV soap stalwart Gail Platt (Helen Worth), so could she be the character who convinces the hospital to defy Leanne’s wishes to keep her son alive?

The drama kicks off next week when Oliver’s father, Steve McDonald (Simon Gregson), breaks some devastating news to his son’s mother.

After talking to 10 specialists about the youngster’s condition, the father-of-three explains no one is willing to help them as their court case against the hospital continues.

Knowing Nick Tilsley (Ben Price) is losing strength to support Leanne, Gail urges him to be honest about how he feels.

She too believes the toddler’s parents should end the youngster’s suffering, but her son is adamant he needs to stand by his partner.

Unwilling to lose his other half, as well as his step-son, the Underworld factory owner brushes off his mother’s concerns and arranges to speak with Oliver’s guardian. 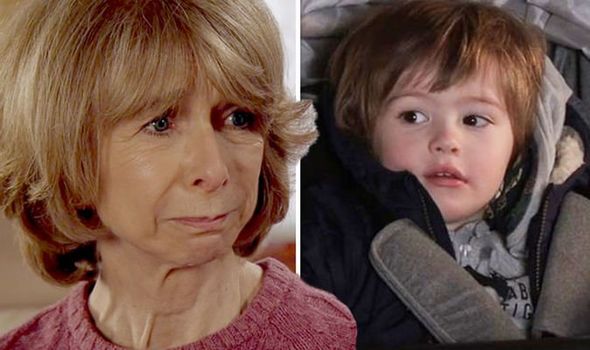 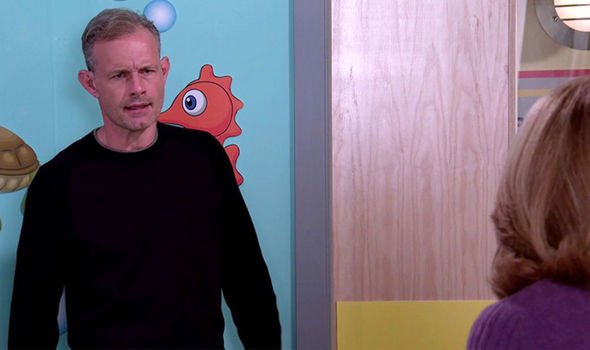 Nick finally gets to speak with Wendy but is also joined by Gail and it’s not long before the pair are at loggerheads with one another.

The factory owner tries to tell his step-son’s guardian the youngster is responding to sound and touch, but his mother is less than supportive.

As tensions rise, Oliver’s step-father slams the door and although he does it in anger, his reaction soon changes when Leanne breaks some news to him.

She explains the toddler seems to have reacted to the sound of the door slamming which proves he is still responsive and shouldn’t be taken off life-support. 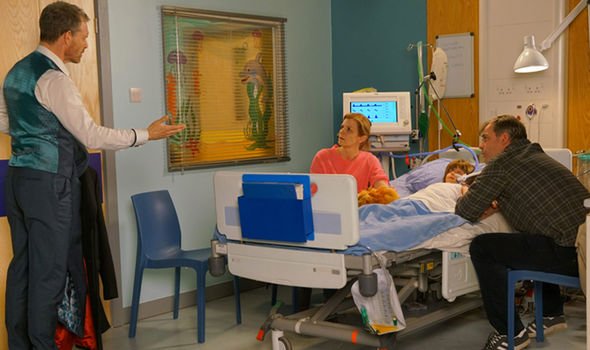 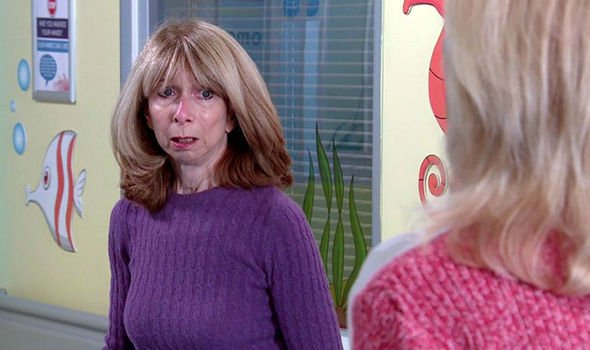 However, the doctor tells the boy’s parents it was probably an involuntary response and they shouldn’t take this as something positive.

Leanne is left seething with the medical professionals for constantly giving up on Oliver but Nick isn’t willing to listen to them or Gail.

In fact, he tells his partner they should note down every time the youngster seems to respond to something to give them a trail of evidence.

With a court case looming and the youngster still in a coma, unfortunately, it is looking ever more likely he won’t make it to the end of the year.

There are days when we’ve cried a lot

Knowing the youngster needs to put out of his suffering and with her son not listening to her, will Gail take desperate action which will have severe consequences?

The soap stalwart could very well side with the hospital and she could tell the doctors she is willing to fight their corner in court.

This would have a devastating impact on her relationship with Nick as he would never want to speak to her again for her betrayal.

Harbouring his true feelings about Oliver’s case, however, will he see in time that his mother was doing the right thing for the toddler?

Actor Ben, 48, has recently spoken out about the heartbreak he and his co-stars are having to endure filming Oliver’s storyline.

“When we’re in work we give it 100 percent but when we step out you have to try not to take it home,” he explained.

“There are days when we’ve cried a lot and you can’t stop crying but that’s what we’re paid to do and Jane has done an amazing job.