Geoff Metcalfe’s (played by Ian Bartholomew) abuse of Coronation Street’s Yasmeen Nazir (Shelley King) has been getting progressively worse since they arrived back in Weatherfield after their honeymoon last year. However, in upcoming scenes, Yasmeen will attack her husband after discovering he’s given her an STD from meeting escorts. Yasmeen will be arrested, but Sally Metcalfe (Sally Dynevor) will begin to doubt her neighbour could have attacked her father-in-law without being provoked and begin to suspect there’s something else going on.

Coronation Street fans have been calling for ITV writers to put an end to the Geoff and Yasmeen story once and for all.

The abuser has slowly taken over Yasmeen’s life, whether that be taking her credit cards away or convincing her she had a drinking problem.

But, after months of Geoff coercively controlling his wife, things will come to a head this week as Sally and Tim Metcalfe’s (Joe Duttine) wedding approaches.

The two have been planning their wedding for months now, but all is about to be thrown into turmoil as Yasmeen is arrested. 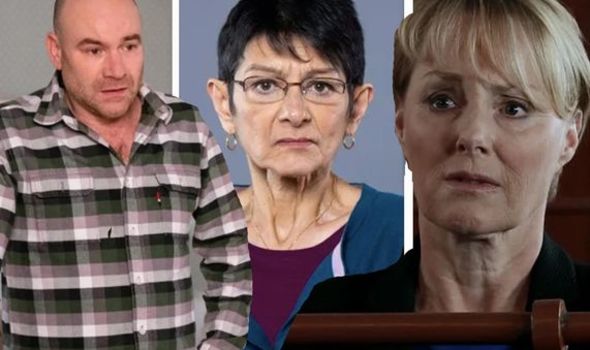 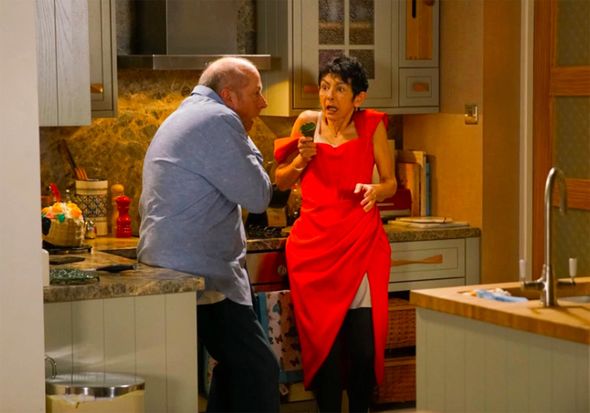 Sally also found the wedding dress of her dreams but it was too expensive leaving her disappointed despite Tim saying she would have whatever she wanted.

In the Rovers Return, however, Geoff promised to pay for anything they wanted even if it meant not telling Yasmeen what he was doing, but the couple was unsure.

Meanwhile, as the wedding approaches, Yasmeen will make a horrifying discovery about her health leading her to attack her husband. 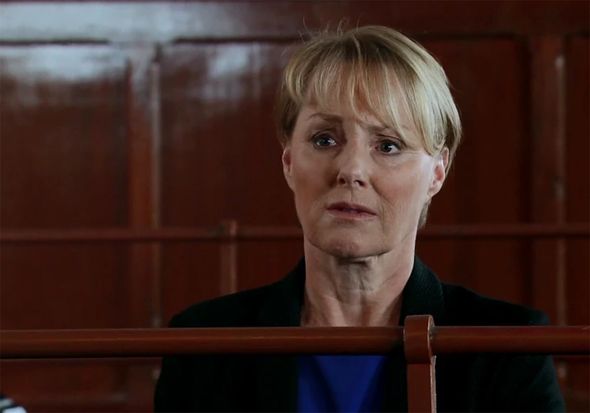 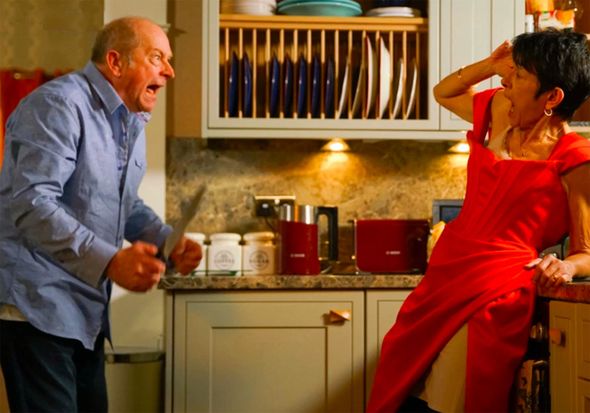 Alya Nazir (Sair Khan) has been trying to get Yasmeen to wake up to just how abusive Geoff is for weeks now but she has dismissed her granddaughter every time.

However, Yasmeen has finally started listening and noticing exactly what her husband has been putting her through.

A couple of weeks ago, Yasmeen met with a couple of women from a charity that helps women being abused.

She wanted to know about his past under Clare’s Law and took a leaflet home for safekeeping.

But, in upcoming scenes, after not feeling very well Yasmeen will go to the doctors after Geoff forced her to have sex with him, only to find she has chlamydia.

As Yasmeen is taken to the police station for questioning though, Alya will tell Sally that Geoff has been controlling his wife for months and insists her grandmother never had a drinking problem.

Meanwhile, Imran Habeeb (Charlie De Melo) will be waiting for Yasmeen at the police station and watch on as she is charged for attacking Geoff.

Will Alya be able to convince Sally there is more to Geoff and Yasmeen’s relationship than meets the eye?

This week Sally will be seen starting to worry about Yasmeen as she is left uncomfortable in an ill-fitting dress for drinks in the Rovers and Geoff plots to use her money without telling his wife.

After hearing what Alya has to say, Sally could betray her husband by siding with Yasmeen and revealing she has had concerns about her father-in-law.

Will Sally be able to help Yasmeen in time to stop her going down for something that was in fact self-defense after months of harrowing abuse?