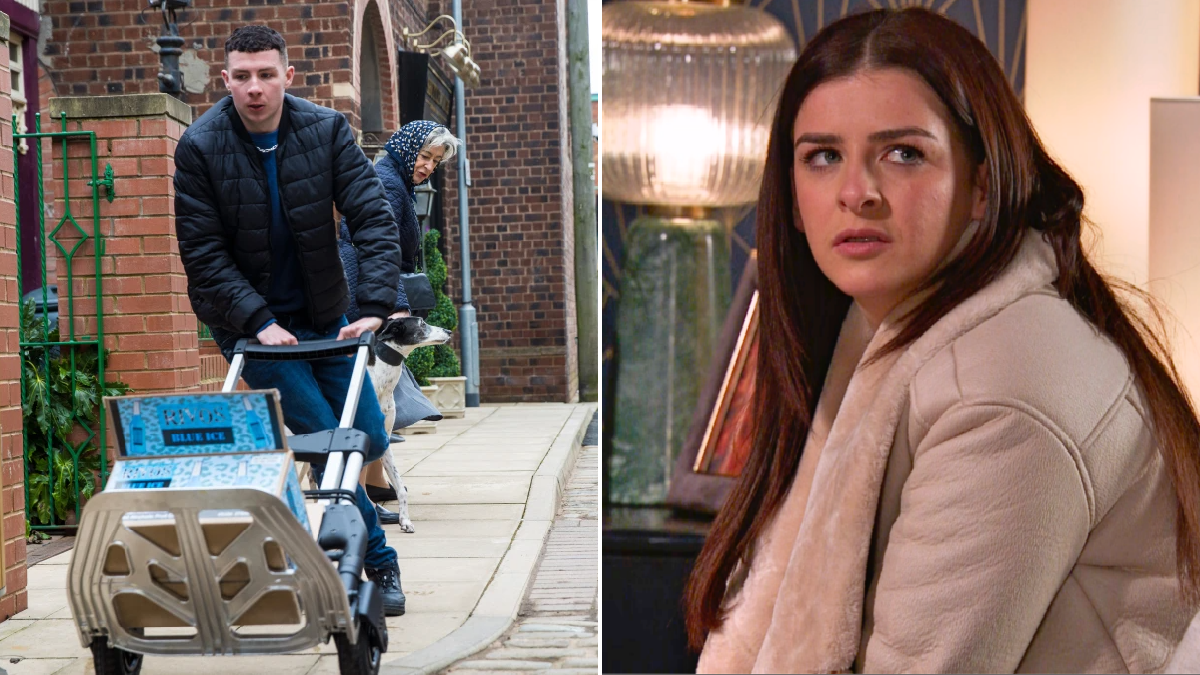 Jack, who recently returned to the soap as Jacob Hay, is the brother of Rebecca – who played evil Lydia Chambers in Corrie.

The siblings, who often support each other’s acting progress on social media, recently featured in a car selfie to celebrate Rebecca’s birthday.

Alongside the snap, Jack wrote: ‘Happy birthday you old fart. Blessed, I truly am. Love you long time @rebeccaryan’.

The actor also shared a picture of himself and Rebecca when they were younger, writing: ‘Best mates since day dot!’.

While Rebecca isn’t in Coronation Street anymore, her character certainly caused an impact!

Lydia’s storyline saw her get revenge on Adam (Sam Robertson), by making it seem like they were having an affair.

For a while, Sarah (Tina O’Brien) believed Lydia, but the conclusion of the storyline saw Lydia leave after pushing Adam over a balcony in a shopping centre.

For Jack’s character Jacob, he recently started a new job at Underworld.

The former drug-dealer is trying to change his ways, but is often tested by Simon (Alex Bain), the teen who was manipulated into dealing drugs by Jacob and Harvey (Will Mellor).