Scott (played by Tom Roberts) blackmailed Johnny (Richard Hawley) into helping him with a robbery at the Bistro earlier this week. However, Johnny panicked and his MS stopped him from accompanying Scott who managed to get away with a large sum of money. Johnny and his wife Jenny (Sally-Ann Matthews) thought they were rid of Scott but he turned up at the Rovers Return for one last showdown in tonight’s Coronation Street.

Scott arrived at the pub and taunted Jenny over Johnny’s condition before revealing he had left a security guard for dead.

Jenny was distraught over the revelation as Johnny had promised he’d told her everything about his dodgy past.

When Jenny confronted Johnny, he confessed he’d struggled to be honest but after learning Graham had died years after the heist, he felt he had to turn himself in.

The Rovers Return landlady begged Johnny to reconsider but there was no changing his mind. 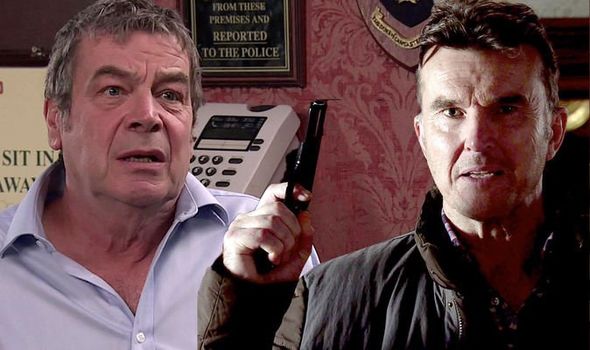 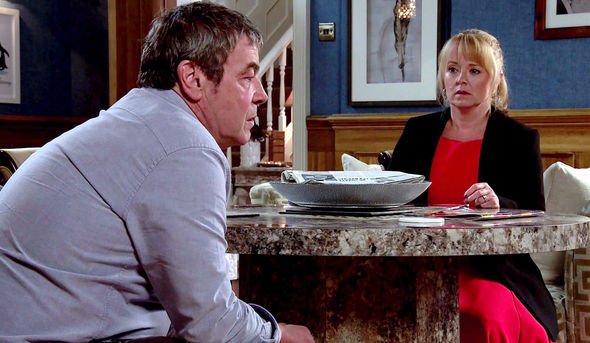 When Jenny picked up a note from Johnny informing her he’d gone to the police station, Scott turned up and ordered him home.

Johnny appeared to do what Scott had asked but it was quickly revealed he’d told the police what was going on.

Scott was furious and promised to kill both Johnny and Jenny as they would go out “in a blaze”. 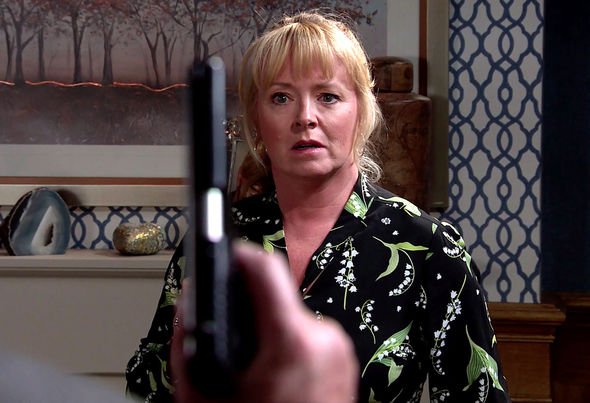 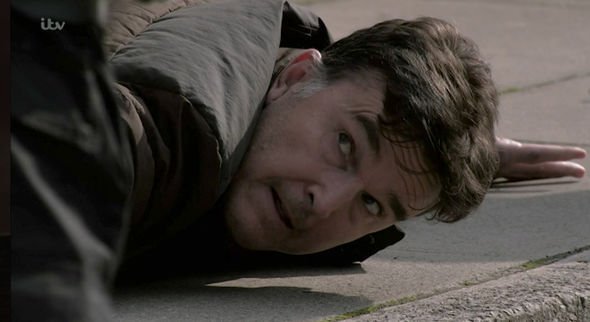 However, when he realised there was no way out and police were surrounding the pub, Scott decided to make a last ditch attempt to escape.

He threw his gun on the floor and raced out of the pub claiming he would expose Johnny’s past.

But as he emerged from the Rovers Return doors, he was faced with armed police pointing a gun at him.

The last thing viewers saw was Scott lying down on the ground as police explained he was under arrest.

Viewers were stunned by the conclusion to Scott and Johnny’s storyline and rushed to Twitter to express their “disappointment”.

“#Corrie blimey that Scott didn’t put up much of a fight,” one viewer shared.

Another added: “#corrie after all that…noone got shot! Oh cmon!”

A third posted: “Armed Police on the street and no curtains twitching?.. So unreal. #Corrie.”

“#Corrie That was disappointing,” someone else continued while another added: “That was beyond ridiculous #Corrie.”

But it seems it won’t be last viewers see of Scott as he gave Emma Brooker (Alexandra Mardell) £5,000 towards Ollie’s hospital fund.

What will the police do when they find out Emma knew about the Bistro robbery and accepted stolen money?