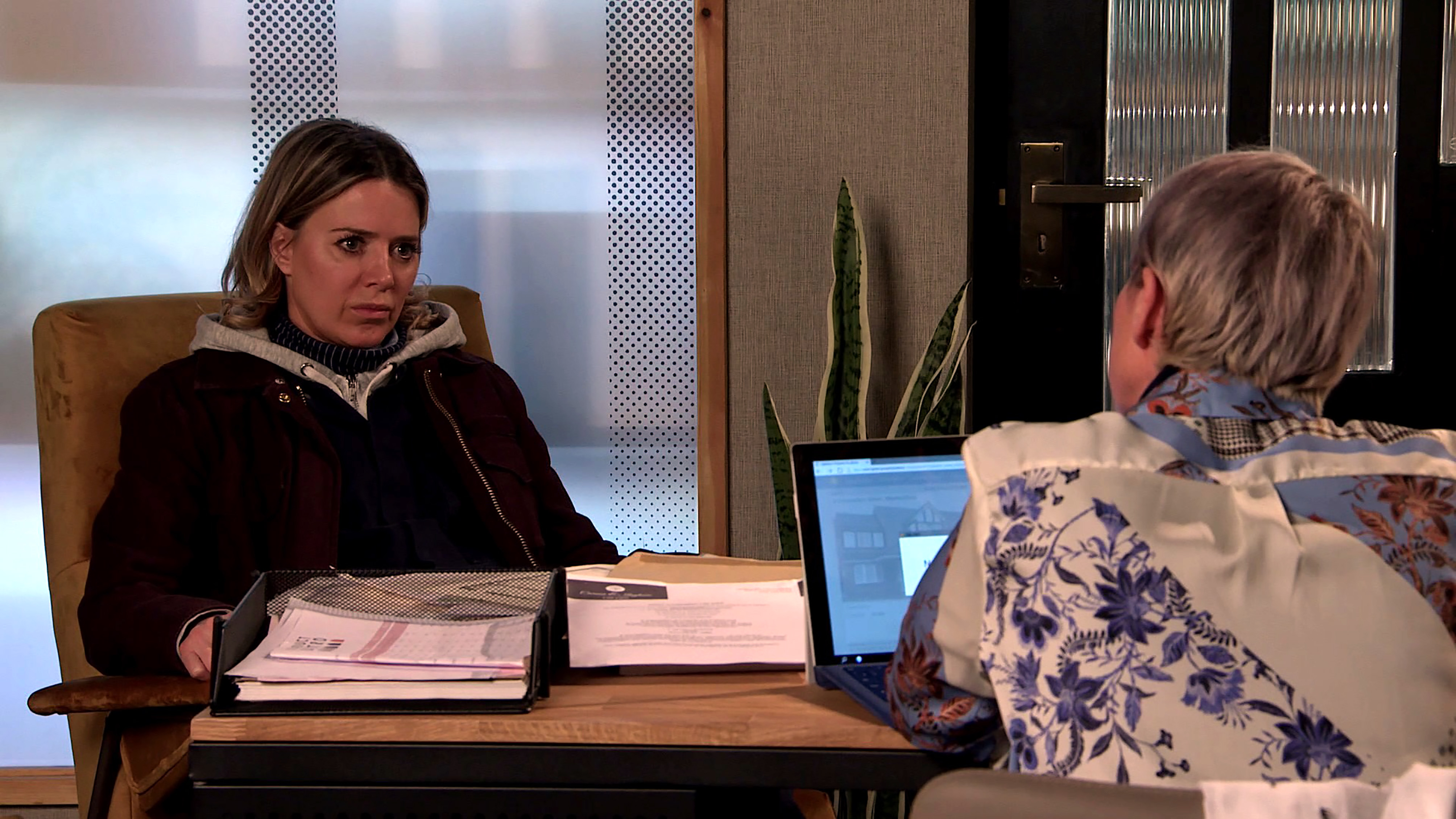 Abi Franklin (Sally Carman) in Coronation Street has been determined to destroy Ray Crosby (Mark Frost) for months. However, as much as she has tried to expose him for the slimy sleazy businessman that he is, Ray has always managed to be one step ahead.

Since the showdown in the bistro that saw Ray poison Abi, Debbie (Sue Devaney) is lying to Abi, telling her she killed Ray in self-defence, when in actual fact, Ray is waiting for Debbie to give him enough money so he can fly to Turkey to prevent prison.

Coming up, when Ray discovers Debbie has no intention of allowing him a new life in Turkey, he creates a deadly revenge plan, and ends up locking Debbie and Kevin (Michael Le Vell) in the walk-in fridge in the bistro.

As Debbie and Kevin’s friends and family are none the wiser to their fate, Sally Carman has revealed Abi’s thoughts when she discovers where Kevin is:

‘At the point where she goes to get the crowbar she is terrified about what she is going to find in there. She is worried that Kevin is going to be dead, there is a real urgency about it.’

Abi and Debbie haven’t seen eye to eye since the moment Debbie returned to Weatherfield. Now Debbie knows about Ray bribing the committee and attempting to rape Faye (Ellie Leach), she has turned his back on him. Sally continued, adding how Abi is coping with keeping a killer secret, and how it is impacting her opinion of Debbie:

‘She is struggling, it’s weighing on her quite heavily because she is determined to keep the trust between her and Kevin especially as she feels she has let him down a few times. She really wants this relationship to work so she hates keeping something so huge from him.

But she understands that Debbie saved her life and that’s huge, especially for someone who has been let down their whole life. This woman who doesn’t particularly like her has gone out of her way to the point of killing someone to the point of killing someone. In Abi’s twisted logic that is something that she has to honour and she is going to protect Debbie for that.’

Despite Debbie saving Abi’s life, has she grown to trust her? Sally explained:

‘No she doesn’t trust her, but if you were to unpick that, she believes Debbie as it is such a big thing to lie about and the evidence does support that it is true, and that is an extra reason why Abi is going to protect Debbie because it is such a mess but it is a mess that has benefited her. But she doesn’t trust her which is why she keeps going back to Debbie and saying that they should tell Kevin. She feels that Debbie is acting a bit strange and she doesn’t question it in her mind but at the end of the day you treat people how you expect to be treated and you judge people on how you are and your own standards.

Abi wouldn’t lie about something like that, she has messed up more than most people but she has got a moral code and she has a really good heart which is why she is buying Debbie’s story.’