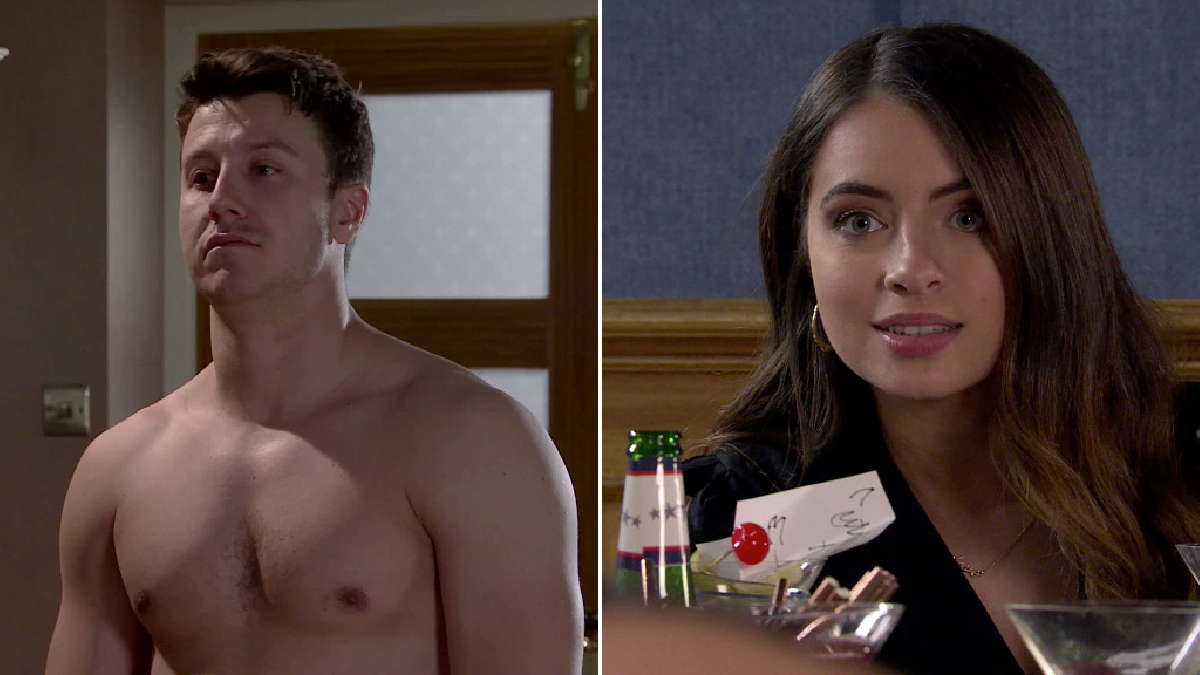 Ryan Connor’s (Ryan Prescott) relationship with Alya Nazir (Sair Khan) is at risk of coming to an end in Coronation Street as Daisy Midgley (Charlotte Jordan) continues her meddling.

Viewers have seen Ryan has very much caught Daisy’s eye over the past few weeks, and the scheming character has put a plan into place to try and steer him away from Alya.

Ryan was a pillar of support for Alya and Yasmeen (Shelley King) during the horrific ordeal with Geoff (Ian Bartholomew) but now, as Ryan Prescott explains, his character is feeling a little lost as he spends more time with Daisy:

‘I think due to the nature of his life over the past six months to a year, including being a support system for the whole Geoff and Yasmeen storyline, he’s just got to a point where he feels a little bit forgotten. I think he’s searching for purpose or can be searching for something that matters.

Ryan has a part time job and not really getting anywhere with a DJ and has no real friends, and close friends anyway, has no family, no real prospects or opportunities so I think that he’s feeling the lack of an even cue within the relationship. He knows he needs Alya more than she needs him’.

‘I think the lack of attention, lack of purpose and not really been able to chase his dream like it wants to impacts it too. I think a mix of those things just pushes him into the wrong situation’.

‘I believe that he needs to be with Alya’, Ryan continued.

Right now, above everything, I think he feels a little bit lost’.