Corrie's Jane Danson on why she can relate to Leanne's grief 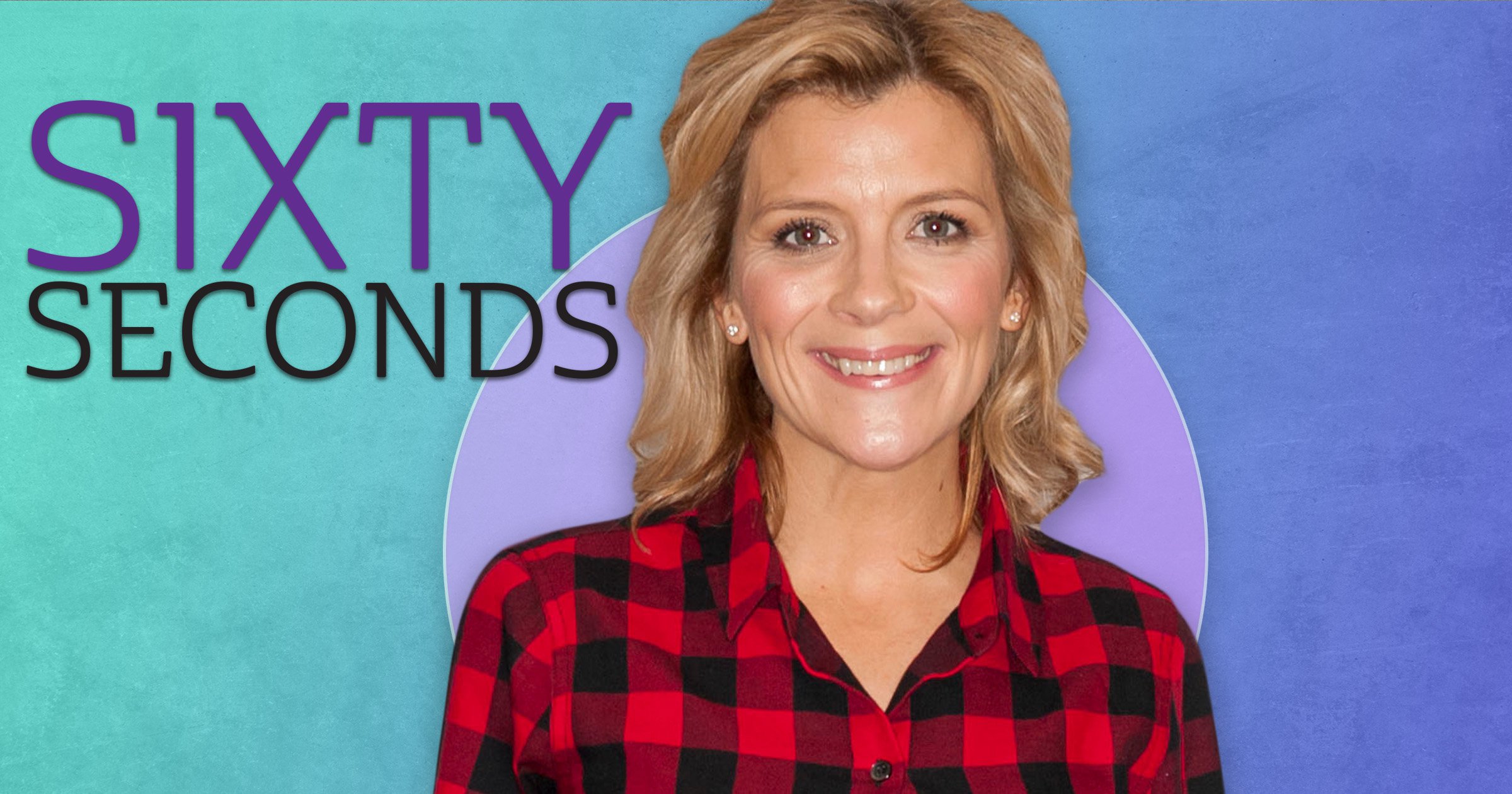 The Coronation Street actress, 42, on life as a child actress, coping with grief and her 20 years playing Leanne Battersby.

There’s not really been a gap between Leanne’s grief and then taking her round a corner into a different kind of emotion.

She’s been going through the most horrific thing following the death of her son, Oliver [from mitochondrial disease], and now her other son, Simon, is getting up to all sorts of business with drugs in a gang. She’s still going through the grieving process.

Could you relate to her grief on a personal level?

I absolutely went through those feelings after my dad died. I was devastated by it but, as time goes on, you do remember them without crying. Time is a great healer.

You made your TV debut at 11. What made you want to act?

I remember the first time I got butterflies in my stomach was in infants’ school. There was a book in the library called How To Make A TV Programme.

There was a picture of a camera and clapperboard in a studio and I got really excited. I took the book out every week for six months and read it cover to cover.

I started going to youth theatre when I was ten and when I was 11 years old I appeared on TV in GBH alongside Julie Walters and Michael Palin.

I fell in love with it and it’s been my love story ever since.

Did you spend your earnings on toys and sweets?

I saved it and spent it on things like elocution lessons and costume material but it was never life-changing amounts of money.

I recently received a cheque for that job for £1.12! They’d shown it again somewhere but how they worked that amount out I will never know.

There was a huge amount of attention when the Battersbys arrived in Coronation Street. You were only 18. What was that like?

It was a baptism of fire. We caused a stir before we’d even filmed a scene because we came in as a family. Georgia Taylor played my sister, Toyah, and we were going through the same things so I could talk to her.

Are you close in real life?

We’re like real sisters. Georgia is one of my best friends and we call each other sis all the time. I do have a sister who I adore and who I’m very close to but physically she’s not close, she’s in Australia. With Georgia we phone or text each other most days.

We understand you had a crush on your husband, actor Robert Beck, before you even met…

I met him at the Soap Awards in 1999 but when I was 13 I had a poster of him on my bedroom wall when he was playing Peter Harrison in Brookside.

I still have the poster! I have a dressing room in our house where I keep all my mementoes, such as front covers, but he drew a line at that.

He’s very modest about it. He was a big heart-throb at the time. He still is, in my eyes.

How are you coping with lockdown?

I’ve got a dog and that’s been my saviour. I go out for endless walks. I’ve not seen my mum for two months but I feel a bit guilty moaning about it because other people have gone through horrendous things and sadly lost people. Work has helped me too. It’s been a distraction.

Why did you take part in Dancing On Ice?

I’ve always loved the idea of skating, a lot of friends have taken part and I was going through a quiet patch, storyline-wise, so the Coronation Street producers were happy for me to be involved.

It was the most challenging thing I’ve ever done but it turned out to be one of the best experiences I’ve ever had. Fortunately, I came out of it with just a few bruises here and there.

What’s your favourite way to unwind?

My passion is TV. I love settling down in front of a good show with my family. I’ve just binge-watched Bridgerton, which was extra special because Phoebe, the daughter of [Coronation Street co-star] Sally Dynevor, was the lead.

And I’ve just finished It’s A Sin, which blew me away.

I really want to travel more. Now we can’t, that highlights how much we take things for granted. I’ve only been to see my sister in Australia once. She’s been out there for 11 years, which is a huge part of both our lives.

How long would you like to stay in Coronation Street?

It’s a difficult question because you can’t choose what you do. As an actor, your life is in someone else’s hands.

I love Corrie and I don’t know whether I would get those opportunities elsewhere. I might change as I get older but I feel pretty content.