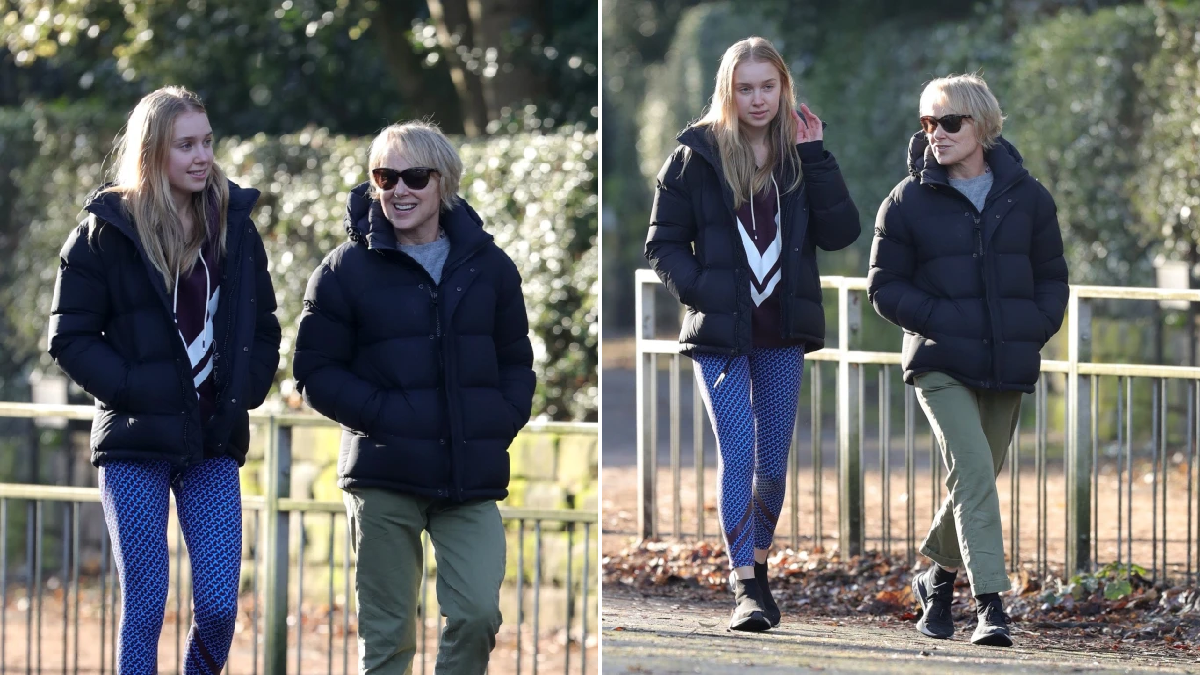 Coronation Street legend Sally Dynevor enjoyed a break from Dancing On Ice rehearsals as she went for a walk.

The actress, who portrays Sally Metcalfe on the ITV soap, was pictured taking in the fresh air in the company of daughter Harriet.

Sally, 58, took to the rink for the first time in on Sunday (January 16) with professional partner Matt Evers, as the new series of Dancing On Ice kicked off.

She was the second contestant to perform on the night, following on from Strictly Come Dancing star Brendan Cole, and would ultimately score 23 out of 40.

The soap star subsequently took to instagram to thank her followers for their support.

‘I just want to thank everyone who voted for @themattevers and me,’ she wrote on the social media platform.

‘We had so much fun and I’m looking forward to my next challenge, Movie Week! 30th January. And don’t miss this Sunday’s week 2, it’s going to be fabulous.’

Sally will be taking part in Dancing On Ice while continuing to film Coronation Street.

‘I’ll have to do both [shows], which I know from the other cast who have done Dancing On Ice have said it’s quite tough,’ she said.

Sally’s soap counterpart, meanwhile, will have her hands full this week, as she investigates husband Tim’s (Joe Duttine) unusual behaviour.

The long-serving mainstay has become convinced that he is cheating on her, and she even asked him outright earlier this week if he had been meeting with another woman.

On Friday (January 21), Sally confronts Tim once more, accusing him of having an affair with Aggie Bailey (Lorna Laidlaw).

In reality, however, Tim has been told that he needs a triple heart bypass, and he’s struggling to tell his wife about it – hence all the secrecy.