Dan Walker and Louise Minchin had gone through much of Monday’s episode without a glitch as they shared the latest news and sport headlines with BBC One viewers. Among the headlines, Matt Taylor also weighed in with the latest weather report as the UK braces itself for a mini-heatwave in the coming days. However, when Dan and Louise tried to tee Matt up for an update, the BBC Breakfast host was left somewhat unprepared.

After Louise reported on the wildfires ravaging parts of the USA, the cameras returned to her and Dan in the studio.

However, Dan slightly derailed proceedings as he explained why he couldn’t quite complete the next link.

Holding his hand up to Louise, Dan said: “I’m in that pre-sneeze mode, Louise.”

“You’re gonna have to do this bit,” Dan warned as his co-sta began to laugh. 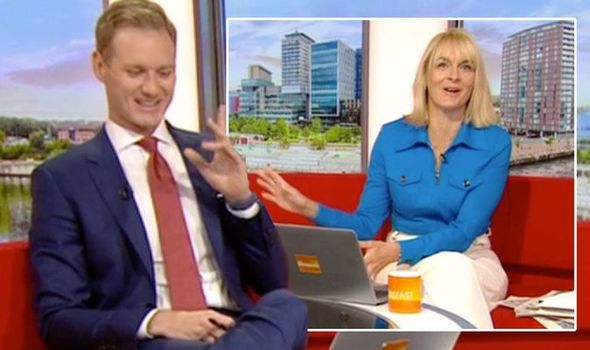 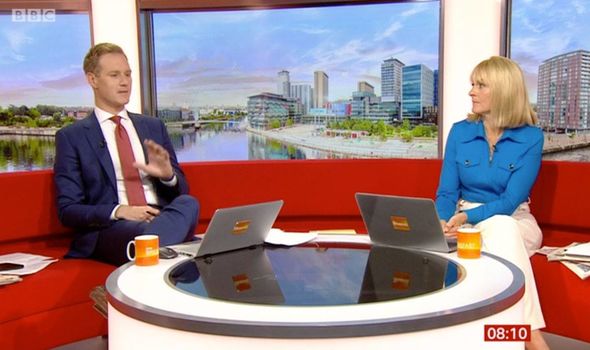 Noticing her co-host was unable to continue, Louise jumped in and said: “Okay, I’ll carry on.”

However, Dan tried his best to regain composure to not leave his co-host to go solo.

“It might not come,” Dan continued as he held his hand up to his face.

“It looks like it’s gonna be -” Louise began before she stopped herself to make sure Dan was okay. 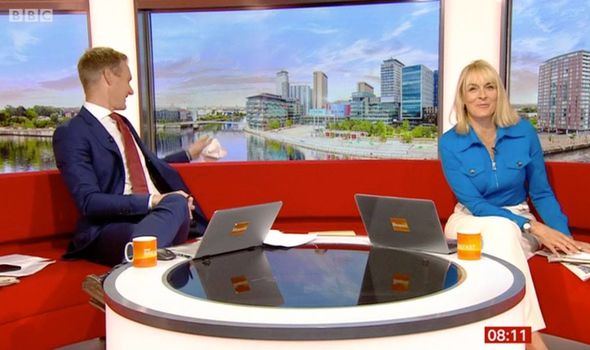 Louise said: “Do you have a tissue, yes you do,” as she spotted Dan reaching behind the sofa.

As Dan clasped hold of a tissue, Louise got the show back on track as she cut over to the weather.

“It’s looking like it’s gonna be warm and sunny, and it already is,” Louise continued.

She added: “Matt is about and about with some of my open-water swimming friends.”

Matt then shared the latest on the upcoming heatwave from the outskirts of a public lake in which members of the public were enjoying a dip.