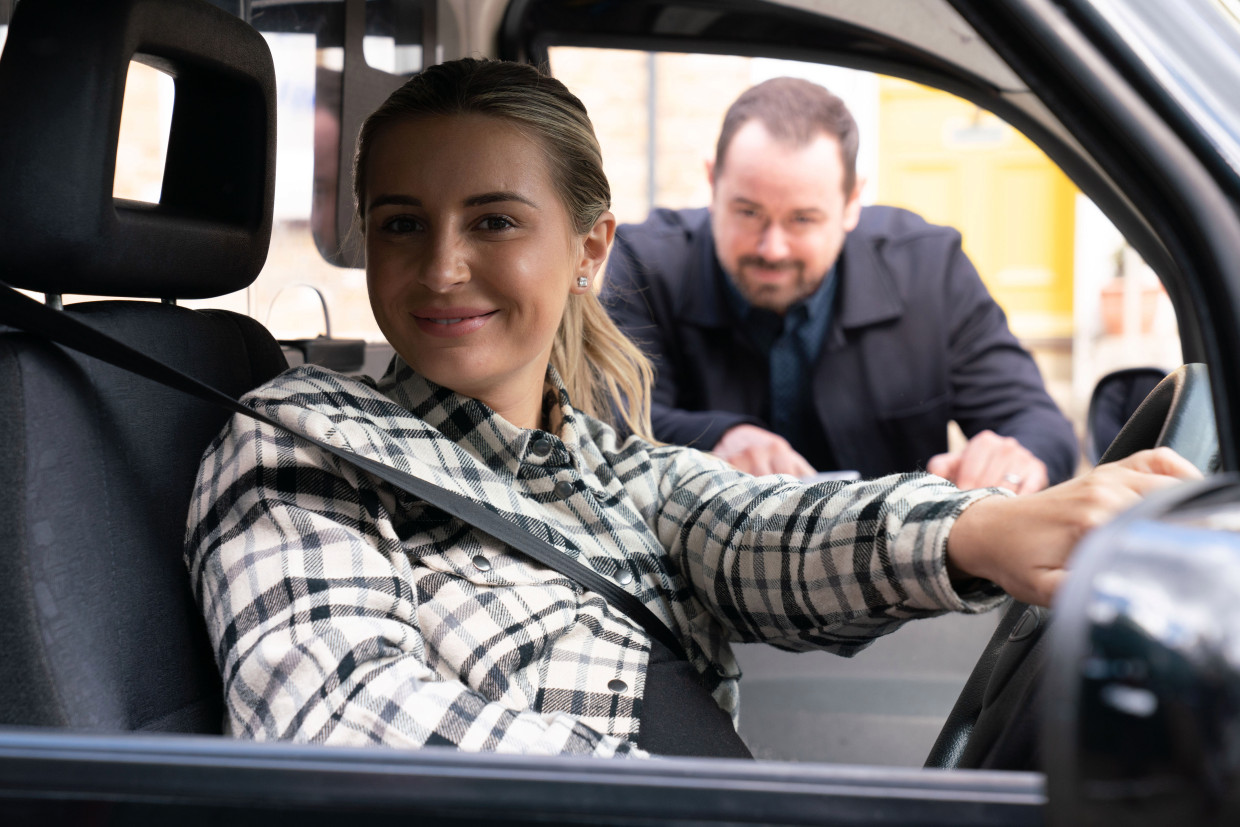 Dani Dyer will appear alongside dad Danny Dyer in EastEnders.

The Love Island star will play the role of a cab driver in a brief appearance in the BBC One soap next month.

A TV insider told The Sun: ‘Soap fans are going to be thrilled to see father and daughter acting opposite each other.

‘Unlike some other celebrities who come on the show, she won’t be playing herself, she will be a cabbie who picks up Mick in the street.

‘But it’s only a small role and not one which bosses are planning on keeping as an ongoing character.’

Danny, meanwhile, is at the centre of a storyline at the moment, after his character Mick Carter discovered that wife Linda (Kellie Bright) is pregnant with Max Branning’s (Jake Wood) child.

Mick was – at first – was overjoyed, claiming that a Carter baby was just what they needed right about now.

Linda, however, was forced to burst his bubble, as she revealed that she’s five months gone – meaning that the baby is Max’s.

Mick is left reeling from the news in the next episode, as he attempts to process his wife’s upsetting news.

Linda, meanwhile, is equally surprised – but the couple need to have a conversation and work out what they’re going to do.