In his most candid comments to date regarding his 2017 departure from Hawaii Five-0, Daniel Dae Kim is revealing new details about the contract dispute that led to his incendiary exit and the impact the high-profile kerfuffle had on his relationships with his onetime co-stars. 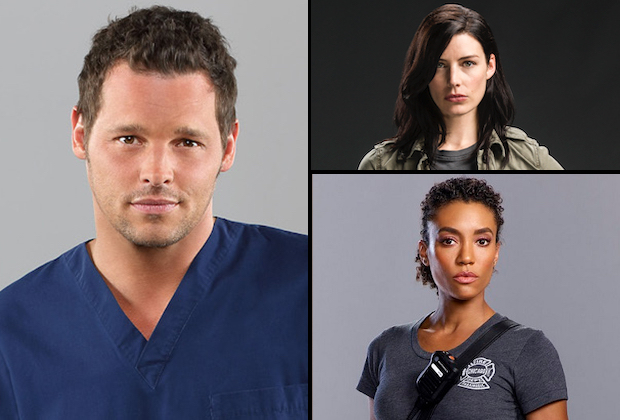 As you will recall, Kim, along with TV cousin Grace Park, sought but failed to acquire pay parity with fellow original cast members Alex O’Loughlin and Scott Caan. As a result, they both left the CBS procedural at the end of Season 7.

In a just-published interview with Vulture, Kim takes the opportunity to clear up a big misconception about his Hawaii Five-0 salary. “One thing that has never really properly been reported is the amount of pay cut I took to do Hawaii Five-0 from Lost,” he notes, before clarifying, “It was drastic, and it was never made up.”

Kim says he sought to close that gap — as well as make up the “significant” difference between his pay and that of co-stars O’Loughlin and Caan — when his contract came up for renewal at the end of Season 7. So he pointedly asked CBS to “make us all equal. Make us all the ensemble that I thought we always were, and get me back to where I was with Lost.

“I didn’t think that was an unreasonable position to take,” Kim adds. “It was very clear and simple. I was very transparent about it with my castmates, with my showrunner, with the studio from the start. It became much more dramatic because of the way that it didn’t come together.” (CBS at the time insisted it “tried very hard to keep” Kim and Park,” offering them “large and significant salary increases.”)

Regarding the decision to band together with fellow Asian-American cast member Park, Kim explains, “The two things we had in common were that our contracts were up at the same time and we were both Asian American on a show in Hawaii, where the Asian American population is significant.”

Kim goes on to hint that not all of his Five-0 co-stars were supportive of the stand he took. “I think any time you have an ensemble of actors, everyone’s objectives are unique and individual,” he says. “So it’s hard for me to collectively say whether they were allies in this…. I do know that the way things got spun by the end changed my relationships with them.”