Ralf, 40, currently plays Detective Inspector Neville Parker on Death in Paradise, who is the third successor to the role previously held by Ben’s, 54, character, DI Richard Poole. Due to the latter’s death at the end of season three, the pair have never actually met but during season 10, they are set to share some scenes together. As a number of familiar faces return to the fictional Caribbean island of Saint Marie for the BBC drama’s landmark anniversary, the actors who play the beloved police officers have spoken out on what they both struggled with in terms of filming the episodes in extreme heat.

What viewers might have noticed over the years is Ralf, Ben and their co-star Kris Marshall, 47, who played DI Humphrey Goodman, all wore suits.

Ardal O’Hanlon, 55, was the only detective not to wear a full suit, so had it somewhat easier when it came to filming in the tropical heats.

Addressing this fact, Ralf has said: “I don’t know why Ardal was the only one who managed to not have a jacket.

“It was only me and Ben who had ties and jackets. Ben had it worse costume-wise,” the actor explained, revealing how they both found it difficult to film in clothes more accustomed to British weather.

Ben spoke on how he learned to acclimatise, adding: “I was really great at the heat. It’s a thing of legend how well I coped.” 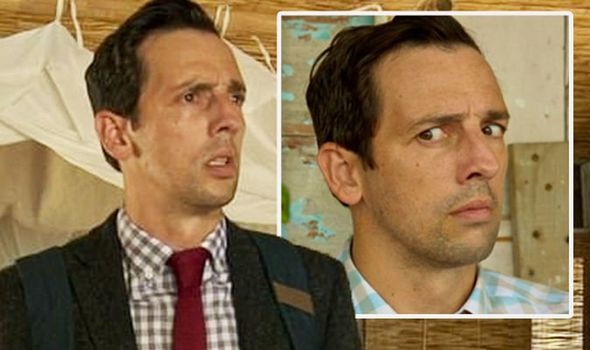 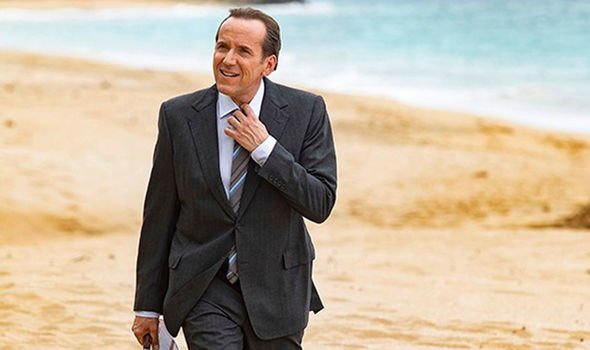 “Stories of me shouting obscenities at the top of my voice, running into the sea in the middle of a scene, calling everybody every name I could think of under the sun from the water, that’s completely untrue,” he joked.

With costumes aside, another difficulty Ralf seems to have with filming in the heat is the hours he and his co-stars are on set.

“You think you’re going to get a really early night and, at first, that’s ten o’clock and then, by the end of it, you’re going to bed at half-seven and you’re still tired,” he told The Sunday Times. 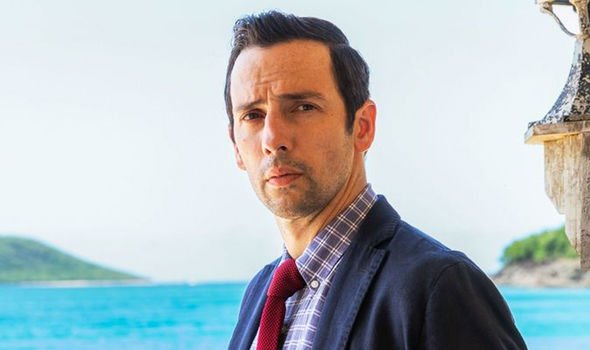 Ben had it worse costume-wise

Despite some of the external pressures of the job, Ralf continues to man the helm and he will be reunited with some faces of the past during season 10.

With Ben’s character having been killed off, it’s not yet been explained how DI Poole is going to return from the dead.

The detective’s partner DS Camille Bordey (played by Sara Martins) is one of the other beloved stars making a comeback and in a short clip to promote the new season, it is the latter who sees the deceased.

Talking about bringing the pair back together, executive producer Tim Key told Express.co.uk and other press: “Both of them agreed very, very quickly.”

“I think both felt they had some unfinished business with the show and both sort of wanted to be part of our 10th year,” he continued.

Tim refused to talk about why Ben was returning but added: “I’m so happy that he said yes, I’m so happy we made it work because schedules were very difficult.

“I think if you watched the show at the start, you’ll be very pleased. It’s a cameo, but it’s incredibly impactful.

With season 10 kicking off later this week, fans are eager to see exactly what crimes Neville and his team will have to solve in upcoming episodes.

One viewer wrote on Twitter: “Can’t wait and having been to Guadeloupe, it’s lovely to see all the places again. Can I be in it next time?”

Another added: “It’s the best part about starting a New Year!!! Thank you for managing to film during a pandemic and get a new series to us as normal in the New Year! Can’t wait!”

Whilst a third commented: “Can’t wait! So good for the soul to see beaches, sunshine, dancing and socialising – especially this year! Always put this on when it’s dark and miserable, cheers us up no end, thank you.”

Death in Paradise returns Thursday at 9pm on BBC One.