This month’s under-the-radar picks from your streaming subscription services include a trio of emotional family dramedies, an again-timely campaign documentary and a pair of taut suspense movies. 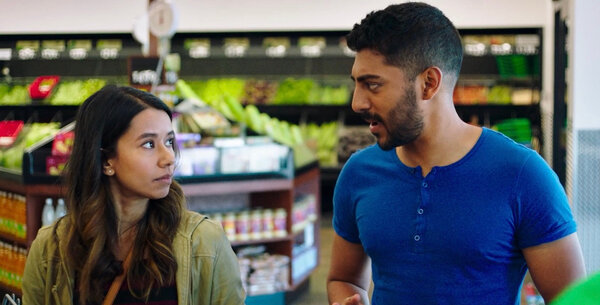 Stream it on Netflix.

Boasting the endorsements of Mindy Kaling (an executive producer) and Ava DuVernay (whose company, Array, distributed), this tender but tough comedy-drama marks the arrival of a major new talent. Sujata Day writes, directs and stars as Monica, who won the Scripps National Spelling Bee at 8 years old; now she’s in her mid-20s and increasingly feeling that she’ll never top that achievement. What begins as a fairly formulaic coming-of-age tale takes a surprisingly moving turn to the serious as Day focuses on Monica’s tempestuous relationship with her estranged brother (Ritesh Rajan), and while the results are a little uneven, she carefully (thankfully) avoids easy answers and pat solutions. It’s a deeply felt and personal film, and Day (who appeared on several episodes of “Insecure”) is a warm and likable screen presence.

Stream it on Hulu.

Céline Sciamma, the writer and director of the heart-wrenching epic “Portrait of a Lady on Fire,” follows up with a film far smaller in scope but just as emotionally devastating. Joséphine Sanz stars as Nelly, an independent and charming 8-year-old who is left to entertain herself as her parents pack up the remote home of her recently deceased grandmother. Wandering in the nearby woods, she befriends another young girl (played by Joséphine’s real-life twin sister, Gabrielle Sanz), and as they play together. … Actually, to reveal more than that is to rob this affecting story of its delicate power. It’s a short but spellbinding work from one of our master filmmakers.

Stream it on Amazon.

The prolific Duplass brothers made their first play for mainstream plaudits with this low-budget (but high for them!) story of a regular guy (John C. Reilly) who finds his burgeoning relationship with the woman of his dreams (Marisa Tomei) stifled by the interference of her overbearing, attention-starved adult son (Jonah Hill). It’s the kind of setup that one might imagine in a broad, gross-out comedy (like the Reilly-fronted “Step Brothers,” for example), but the Duplasses use their background in character-driven indies to keep the narrative anchored in a welcome emotional truth.

Stream it on Amazon and Hulu.

“This turned out to be one crazy layover,” Les (Matthew Broderick) says to his co-worker Natalie (Alice Eve), and it’s a bit of an understatement. During an unexpected stop in Albuquerque, he wanders downtown, in search of … well, he’s got a secret, and over the course of Neil LaBute’s low-key drama, he decides to explore and interpret that secret, with his colleague’s help. LaBute attempts neither the emotional brutality of his signature films (“In the Company of Men,” “Your Friends and Neighbors”), nor the milder approach of his more mainstream works, choosing instead to carefully dig into areas you can easily imagine him exploding. Broderick finds a unique take on the style and dialogue, Eve proves again (after “Some Velvet Morning”) that she’s an ideal LaBute leading lady, and you certainly don’t know where this weekend is heading next.

Stream it on HBO Max.

Playing a solo piano concerto, in your first concert in years, is nerve-racking enough; now imagine opening your score and finding the promise that you’ll pay for a single false note with your life. This is the ingenious, “Speed”-meets-Hitchcock premise of this early screenplay by Damien Chazelle (“La La Land”). Played too serious and it’s silly; played too broadly and there are no stakes. But both Elijah Wood (as the pianist) and John Cusack (as the sniper stalking him) find the right balance of preposterousness and pulp, and Eugenio Mira directs with boisterous verve.

Stream it on Hulu.

Hulu recently added a number of Pedro Almodóvar’s best films — including “All About My Mother,” “Women on the Verge of a Nervous Breakdown,” “Volver” and “Broken Embraces” — but this, a witty dip into the waters of sci-fi and body horror, is seldom placed in the same company. Yet it’s a fascinating experiment, fusing Almodóvar’s usual obsessions with genre tropes in entertaining and unnerving fashion, and it features one of the darkest turns to date from Antonio Banderas, his frequent collaborator and avatar. Banderas is a wealthy plastic surgeon who reveals himself, over the course of the twisty, labyrinthine narrative, as something closer to a mad scientist; Vera (the haunting Elena Anaya) is his “monster,” and his obsession.

Stream it on Netflix.

Serge Ou’s crackerjack documentary is a fast-paced but thorough exploration of martial arts cinema, from the roots of the genre in Hong Kong and the origins of its superstars to its crossover (and mutations) to America in the 1970s and beyond. “Iron Fists” is also deeply steeped in both movie and world history, as demonstrated by interviews with key figures (Sammo Hung, Don Wilson, Cynthia Rothrock) and experts in the field (including the historian Grady Hendrix). It’s a film about both production and viewership, and it delves into the movements in politics and culture that made these films so popular. The clips are a blast and the editing is breathless, capturing the relentless energy and gonzo spirit of the best kung fu flicks.

Stream it on HBO Max.

With Beto O’Rourke making a hotly contested run for the Texas governor’s office, it’s a fine time to check out the director David Modigliani’s portrait of O’Rourke’s breakthrough grass-roots U.S. Senate campaign, in which he visited all 254 counties in the deep-red state and nearly unseated the incumbent, Ted Cruz. That “nearly” is the movie’s hitch — after following all of the story beats of underdog victory, you feel the filmmakers straining to give the movie the happy ending it so desperately needs. But this is an energetic and entertaining on-the-trail documentary, run through with funny side characters and fascinating glimpses into what it takes to run a contemporary campaign.