Dickinson's Real Deal: Giant elephant model is sold for over £300

Dickinson’s Real Deal viewers were introduced to a guest who had brought along an elephant leather footstool and was looking to raise some money for his step-daughter’s travels. Expert Debbie was keen to take the footstool home but her cash offer left the ITV guest and David Dickinson shocked.

The guest revealed: “Today I’ve brought along a little footstool elephant and I’d be happy to receive around £200.”

Talking to the camera, Debbie said: “I’m hoping it might just have a liberty stamp behind its ear if it does it makes all the difference to the price.”

“How on earth did you come to own this?” Debbie asked the guest.

“It was left to the family, well my step-daughter Siobhan about 20 years ago she used to go to an old peoples homes,” he replied. “The lady she visited passed on and left it to her.” 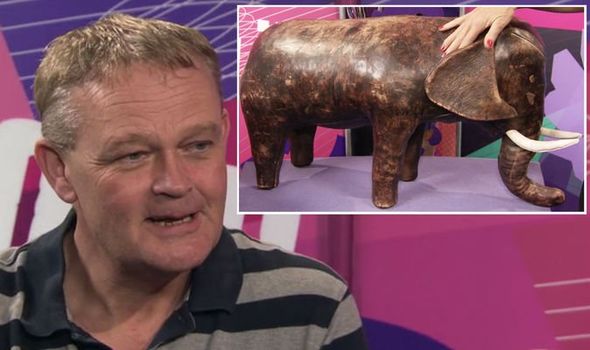 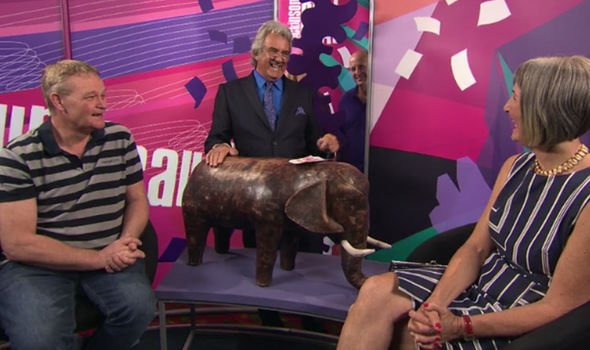 “Why are you getting rid of it?” Debbie asked.

The guest explained his step-daughter was heading on a trip to Las Vegas and he wanted to get some spending money for her.

Debbie continued: “In 1927 a man who was known as an eccentric, old Bill, used to work making leatherwear in Liberty.

“Now he made the first liberty pig footstool and they sold well at that time. 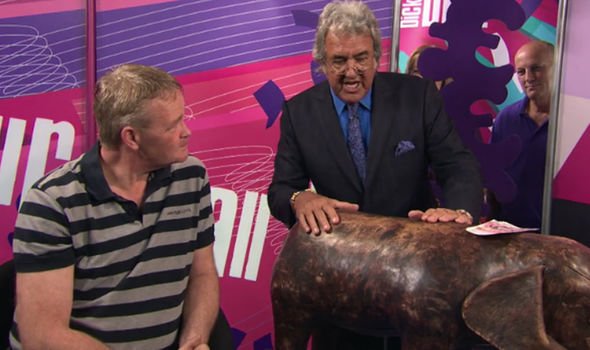 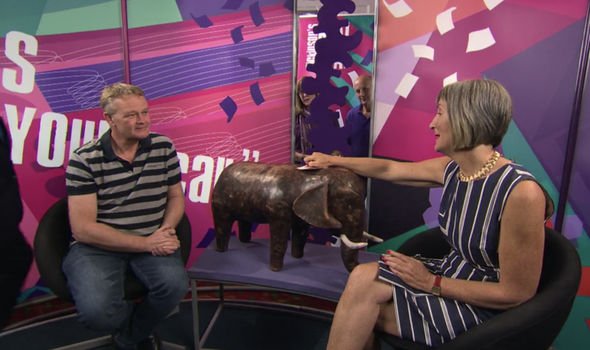 “You can still order a footstool online, whatever you want bespoke made for you, they’re still made today.

“Although we know it’s not a Liberty piece, Liberty has Made in Liberty stamped under the ear that’s where we all gravitate to look at whenever we see a leather footstool,” Debbie revealed.

“So it’s not the Rolls Royce of footstools but it’s still worth some money, to buy one new is a lot of money as well.

“Have you got a good idea of what you’re prepared to accept? I’m sure you’ll stop me if I put too much down!”

Debbie put £100 on the table as she remarked: “You’re giving nothing away you’re playing poker with me, aren’t you?”

The guest revealed he wanted a little bit more so Debbie invited David over.

“Hang on a second, this is a very smart dealer you see, does she know something you don’t?

“Is she speculating an extra bit of money, fancies her chances with it, she’s from a smart part of London where these pieces are considered trendy and desirable,” he asked.

“All of the above,” Debbie replied before putting her final offer on the table.

“Looks like you’ve just bought yourself an elephant,” David added.