DOWNTON Abbey star Phyllis Logan's husband Kevin McNally wandered in during her Lorraine interview to offer her a cup of coffee.

The actress laughed as actor husband Kevin made an appearance in his dressing gown during the live interview. 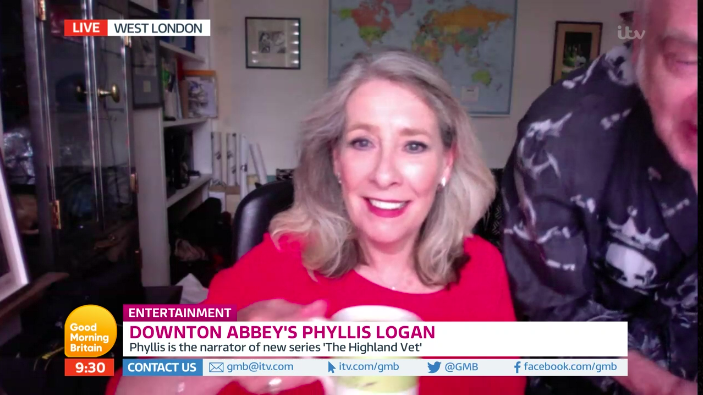 Noticing she was on camera he joked: "Can you keep it down, I'm trying to sleep."

The Pirates of the Caribbean star even pulled up a chair briefly before leaving and letting Phyllis get on with her interview.

But host Lorraine was thrilled to see him and told Phyllis: "Aw it was so nice to see you and Kevin in his dressing gown. 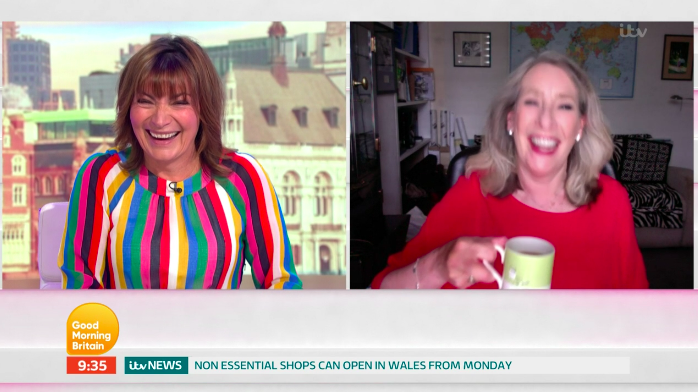 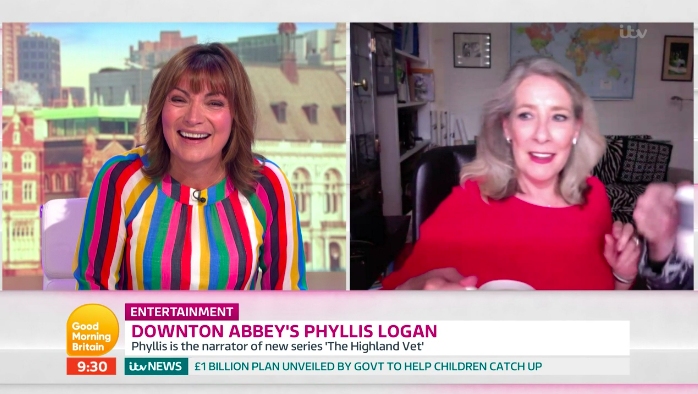 Stars of stage and screen Kevin and Phylis met in 1994 and later married in 2011.

They share a son David, who was born in 1996, and the family are currently locking down together at their home where Phyllis said they are playing board games to pass the time.

Meanwhile Phyllis did tease another film instalment of Downton after the success of the first big screen continuation.

She said: "I remember you asking me this the first time and I could tell you nothing, it’s much the same.

"We’d love to do another one, but of course things are so tricky at the moment, there may be moves afoot, but who knows. We’ll find out in due course.

"Fingers crossed it does."