EastEnders: Vi tries to set Stuart up with Honey

The EastEnders teenager has it in her head that being a surrogate for Rainie (played by Tanya Franks) and Stuart (Ricky Champ) is the best way to secure some much-needed money for her family. But in order to be considered, she’s been told she needs to lose weight. Bernie (Clair Norris) has started making dangerous decisions to get the results she wants quickly, with the BBC soap seeing her turn to diet pills she got from Tiffany Butcher (Maisie Smith). And in upcoming episodes, things escalate with the surrogacy and Bernie’s focus turns to the unhealthy and strong diet pills rather than the money – could she end up seriously ill?

In future scenes, 18-year-old Bernie tells Tiff the pills aren’t working fast enough, and asks her to get her stronger ones, but Tiff refuses.

Later, Vi Highway (Gwen Taylor) encourages Stuart and Rainie to focus on surrogacy as a distraction from missing Abi. She urges them to make a decision.

When Bernie hears they’ll be making their choice the next day, she once again pleads with Tiff for the pills. 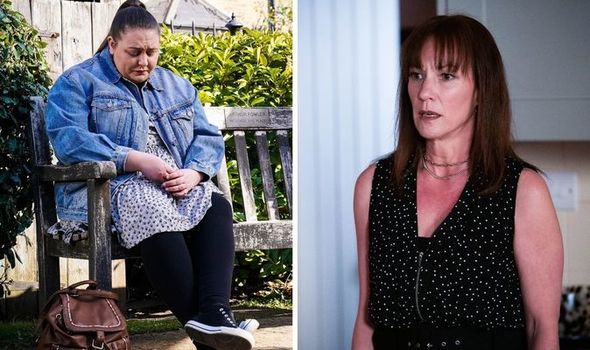 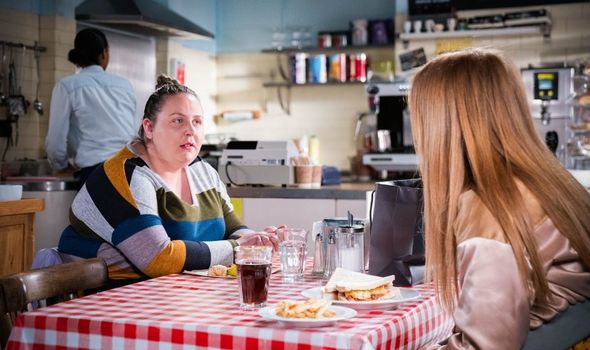 Bernie is convinced she’s blown her chance when she doesn’t lose as much weight as she hoped.

But after some encouragement from Vi, Rainie and Stuart ask the youngster to be their surrogate – and they’re delighted that they can do the insemination as soon as that week.

Rainie, Stuart and Bernie head to their insemination appointment and are less than pleased when Vi insists she’s coming with them.

Afterwards, Rainie gives Bernie her first instalment, but the money is less than what was agreed. 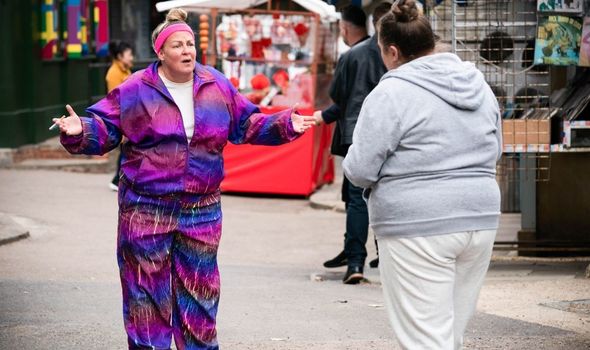 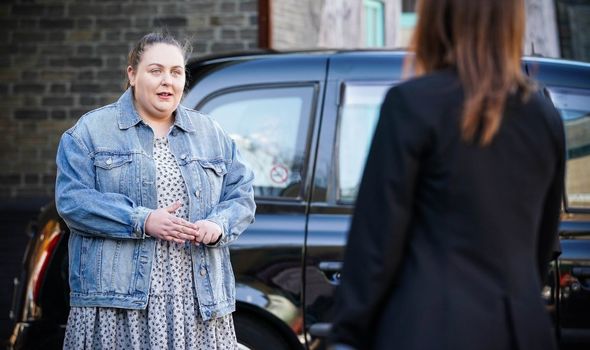 Bernie tells Tiff what has happened, and she demands that her friend get the full amount agreed.

This forces Rainie to admit she’s paid for a private investigator to track down Max Branning (Jake Wood), who has done a runner with Abi.

Bernie tries to order more pills, leaving Tiff more worried than ever about her friend.

She can see how much the money means to the Taylor’s yet she watches Bernie hand over her first instalment.

Undoubtedly taking too many of the pills she hasn’t even sought any medical advice over, it seems certain they will have an effect on Bernie’s health.

It also seems as though she may develop a slight addiction to the supposed weight loss aids, but what could this lead to?

With so much riding on the money and increasing pressure of Bernie to lose weight in dangerous ways, it seems a recipe for disaster.

With the dangers of some diet pills highlighted in real-life cases, Bernie could indeed become ill and hospitalised over her decision to keep taking them.

She also doesn’t know if the pills could affect the surrogacy, and may even lie when asked if she’s taking medication.

Becoming reliant on the pills, it seems Bernie is going to waste all her money on them as well as risking her health.

But with her attending numerous appointments for surrogacy, it seems inevitable that someone will pick up on the truth soon.

This could happen faster if the teenager collapses and is forced to admit what she’s doing.

If Bernie does become ill and medical professionals find out she is taking diet pills, they’ll likely be forced to advise her not to tell Rainie and Stuart.

After already being underpaid by the couple, could Rainie delay the payments further once she realises Bernie’s risky decisions?

Having put all her hopes in helping her family on surrogacy, Bernie may come to regret agreeing to it.

EastEnders continues on Thursday at 7.30pm on BBC One.