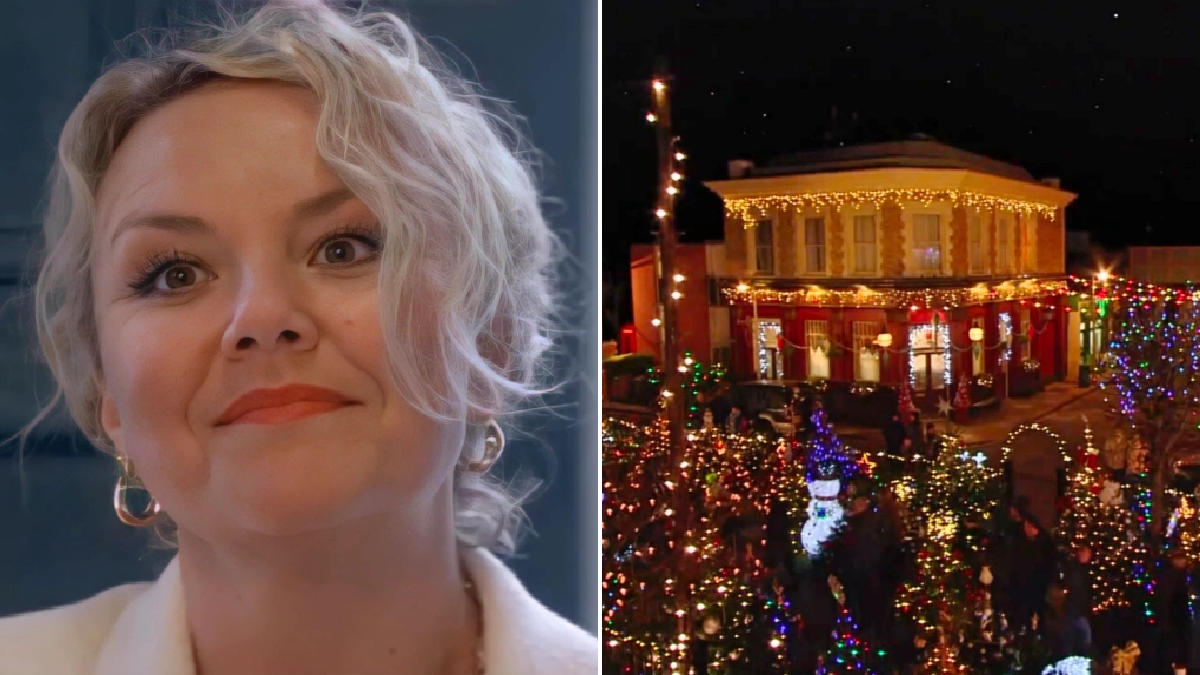 Christmas is a time for peace, joy and festive fun. That is, unless – like the EastEnders mainstays – you live in Walford where one can usually expect chaos, heartbreak and the occasional murder!

Yes, the season of good will is usually anything but for the residents of Albert Square, and viewers at home love nothing more than the BBC One soap’s dramatic Christmas episode.

Over the years we’ve seen affairs exposed, divorces setting in motion, people falling off the roof of The Queen Vic, and even longtime residents trying to poison their best friends.

We’re not really sure how to feel about that last one, mind.

Anyways, with autumn now upon us, discussion will inevitably shift to this year’s festive instalment of EastEnders, as fans begin to speculate about what one can expect from the no-doubt explosive outing.

Bosses will be keeping tight-lipped for quite some time yet, but actress Charlie Brooks, who made her highly-anticipated return as Janine Butcher this week, has revealed she knows what’s coming this Christmas.

‘I do know about Christmas Day,’ the soap star said in the NTAs winners’ room last night, according to The Sun.

‘But I’d be killed if I reveal anything.’

Charlie was keeping all the gossip to herself, but we’re not going to lie, this has made us even more excited for what will no doubt be an epic Christmas in Walford.

Perhaps it’s a bit premature to make such a statement, but given that this is the first time we’ve been blessed with Janine’s presence since 2014, who can blame us for being a tad excited?

Charlie made her on-screen return as the iconic soap baddie on Monday (September 6), before properly setting foot in Albert Square the following night.

Janine is embroiled in a war with Kat Slater (Jessie Wallace), who wants custody of her daughter Scarlett.