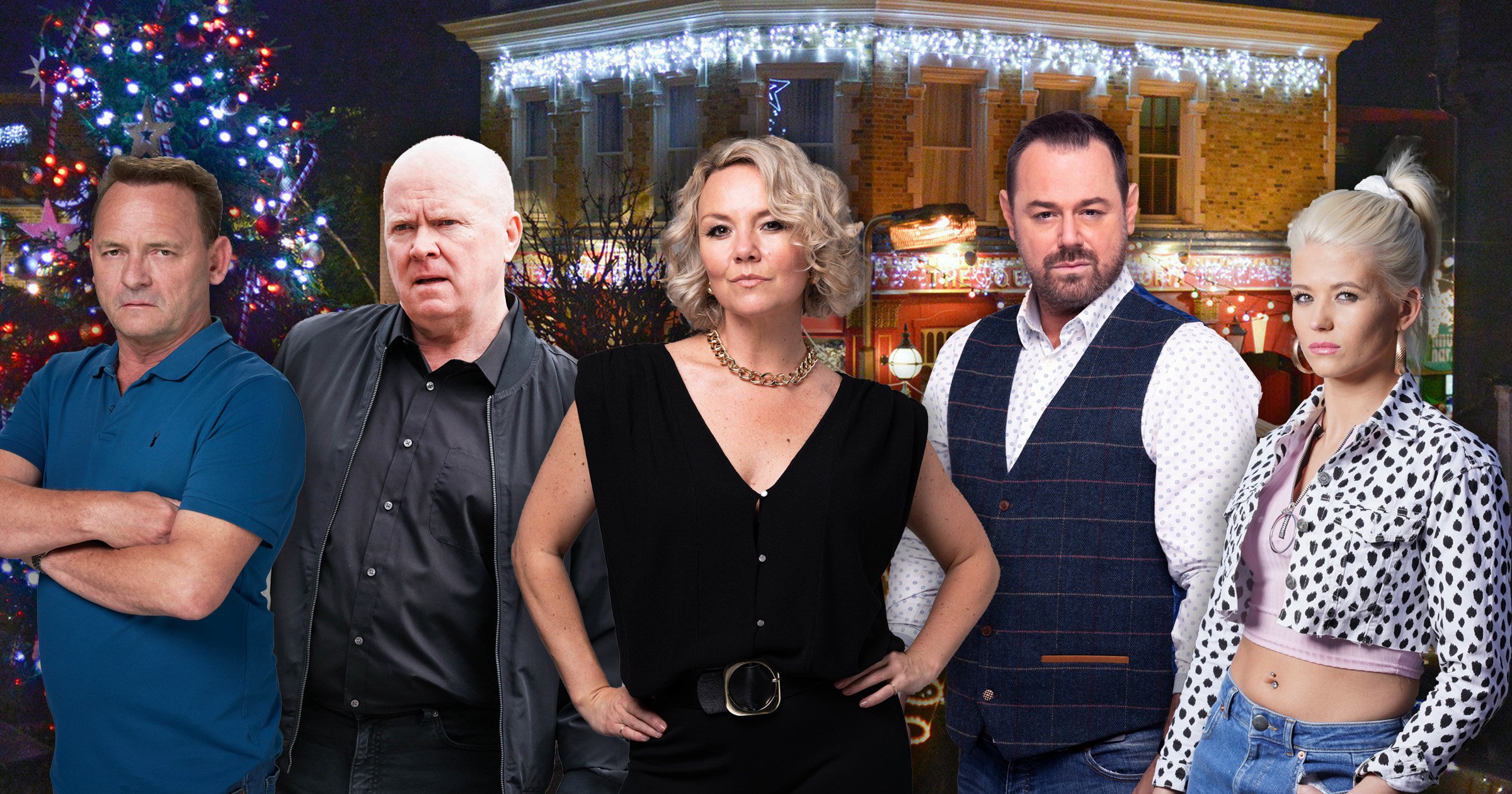 EastEnders is lining up a festive season that the residents of Walford – and the viewers, for that matter – will never forget, with heartbreak, tragedy and secrets on the cards.

The season of good will is almost here, and the show’s mainstays are preparing to celebrate in memorable way.

How? Well, some are hellbent on reclaiming lost soulmates, while others are set to forge futures with new loves. And then there are those who are intent on fighting dirty to protect their loved ones.

Mick Carter (Danny Dyer) is at the centre of it all, and his time is running out, with the beloved landlord set to depart this festive season – though the way in which he exits remains a mystery.

One thing is for sure, however, and that is that danger lies aheads for him, as he hurtles towards a wedding with pregnant Janine Butcher (Charlie Brooks), all the while fighting his feelings for ex-wife Linda (Kellie Bright).

Shirley (Linda Henry), meanwhile, is on a mission to acquire evidence to prove that Janine isn’t exactly being honest with Mick. Will she succeed in getting her hands on something before her son says ‘I do’?

But can the market trader convince her they can have a fairytale ending, even though Kat is set to marry Phil Mitchell (Steve McFadden)?

Speaking of Phil, the Mitchell hardman makes his long-awaited return to the Square, but he his focus is not exactly on wife-to-be Kat, as he battles to keep Billy (Perry Fenwick) from spending life in prison for a crime he didn’t even commit.

DCI Samantha Keeble (Alison Newman) remains hellbent on revenge, but Phil now has something that he didn’t before, and that’s a plan – one which is fraught with deadly risks.

Will he succeed in getting Keeble off Billy’s back before it’s too late?

Jay Brown (Jamie Borthwick), meanwhile, pulls out all the stops to show Lola Pearce (Danielle Harold) just how much he loves her, determined to make what could be her last Christmas one to remember.

What more could you want from a Christmas in the Square?

EastEnders airs Mondays to Thursdays at 7:30pm on BBC One.