Amy (played by Abbie Burke) has been taking a back seat on EastEnders of late, getting on with her school work and trying to stay out of trouble. However, she will become the centre of the action in next week’s scenes on the BBC soap as her father Jack Branning (Scott Maslen) faces a backlash following his daughter’s behaviour. With the youngster targeting a member of her own family in a vicious attack, it seems she will be shunned by the likes of her uncle Billy Mitchell (Perry Fenwick) and Honey Mitchell (Emma Barton).

The drama kicks off next week when in the café, Billy notices his daughter Janet (Grace) is glued to her mobile phone.

This leads to a debate between him and his ex-wife Honey about their child gaining a following on social media.

Will Mitchell (Freddie Phillips) begins to feel left out as his sister begins to get more and more attention from their peers and their parents.

His behaviour becomes a cause for concern when Honey later gets a call to inform her the youngster has been in a fight.

Explaining himself, the teenager tells his mother Amy has been attacking Janet online and he was trying to defend her. 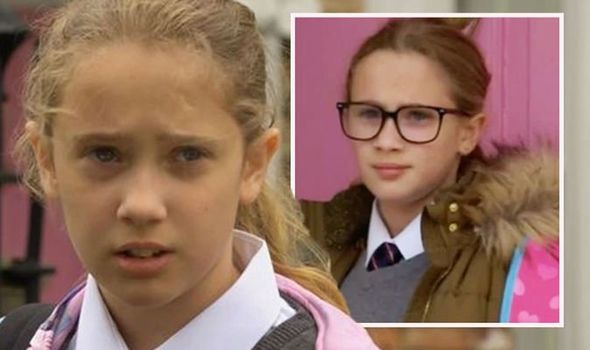 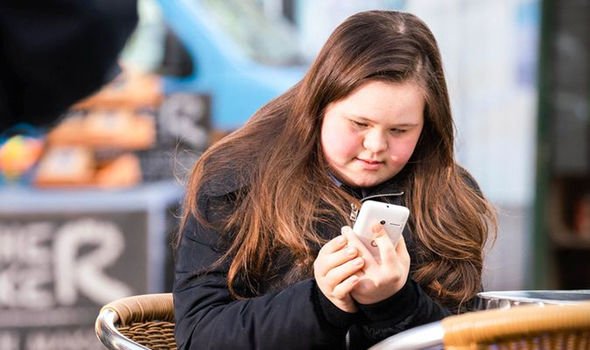 Billy sees red and is fuming when he discovers what his young family member has been up to and Honey has to stop him from tearing a chunk out of Jack.

The mother-of-two explains their priority is focusing on Janet and to make she is okay, rather than venting anger over Amy’s actions.

However, Billy is still determined to speak with Jack about his daughter’s actions but his ex-wife is hesitant to cause a family rift.

Will tells his father they need to handle the situation like adults and take a more mature approach rather than getting angry. 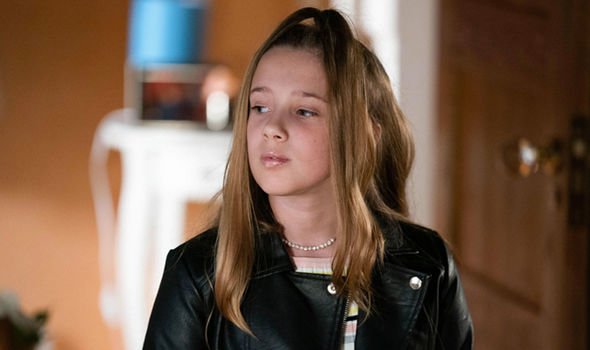 Amy is a mouthy miss.

It’s Honey who confronts Amy about her behaviour first as the pair bump into each other in the middle of the street.

The youngster offers a half-hearted apology for what she’s been doing to Janet online, leaving the girl’s mother stumped.

Honey will likely report back to Billy what came from her conversation with the youngster and she could agree they need to take action.

Instead of using words, however, the mother-of-two could suggest they keep their distance from Jack and his daughter. 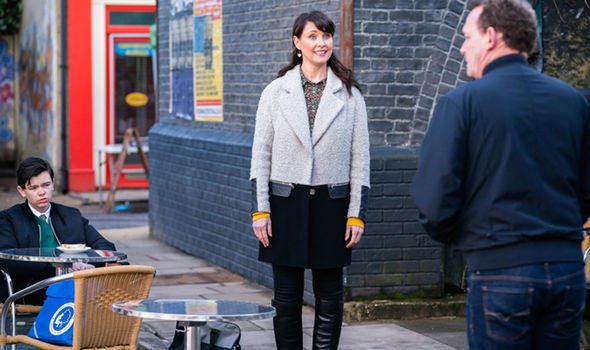 This could make life very difficult for the Mitchells as the family has been known to be fiercely loyal to one another.

With her cousins not talking to her at school and the adults turning their back on her, Amy could begin to reevaluate her behaviour.

Not one to give in though, the teenager could keep a stubborn stance and tell her family she’s apologised and that’s that.

If they fail to forgive her for attacking Janet, will the youngster’s father be forced to think about getting some professional help for his daughter?

Taking to Twitter, viewers have been commenting on watching the character develop an attitude on the weeknight serial drama.

Another posted: “You can tell that Amy is Roxy’s [Mitchell] daughter with that attitude #EastEnders.”

“And once again, Amy’s proving she’s Roxy Mitchell’s daughter #EastEnders,” a third shared with a fourth remarking: “Amy has definitely got some of that Mitchell attitude #Eastenders.”

The last time Amy was at the centre of a storyline of the soap was when she developed a crush on her school teacher, Isaac Baptiste (Stevie Basaula).

When he failed to acknowledge her efforts to woo him, she told her uncle Phil Mitchell (Steve McFadden) she’d seen him smoking weed.

This led to a huge uproar as the Walford gangster reported the teacher to the authorities and he was removed from his position.

Fortunately, Amy did reveal the truth that she had made the whole thing up but will her latest antics be a step too far?

EastEnders continues Friday at 8:35pm on BBC One.