Ben (played by Max Bowden) and Callum (Tony Clay) have had their ups and downs since they became a couple on EastEnders last year but despite some tricky challenges, they’ve managed to come out the other end unscathed. When viewers of the BBC soap last saw the loved up pair, the police officer in training was supporting his boyfriend, who had been told he was completely deaf and would need an operation to aid his hearing. However, when the weeknight serial drama returns to screens next week, the two could be torn apart forever as the former undertaker pursues his new career path with the police. Could he be about to betray his partner though to bring down a huge criminal enterprise?

The drama begins when the day Ben’s cochlear implant is being switched on arrives as the residents of Walford emerge from lockdown.

Being the doting boyfriend, Callum is desperate to be by his partner’s side, despite his duties to his new role with the police.

Realising how supportive his other half has been, the wannabe gangster plans a proposal of his own, wanting to give the police officer a key to the Mitchell house.

He could live to regret his decision as at the same time, the former undertaker is going through some CCTV footage of the night Phil Mitchell’s (Steve McFadden) intercepted a warehouse siege his father was a part of.

Spotting a figure in the shadows, the youngster is horrified when he notices his lover was at the scene and ran away from the authorities. 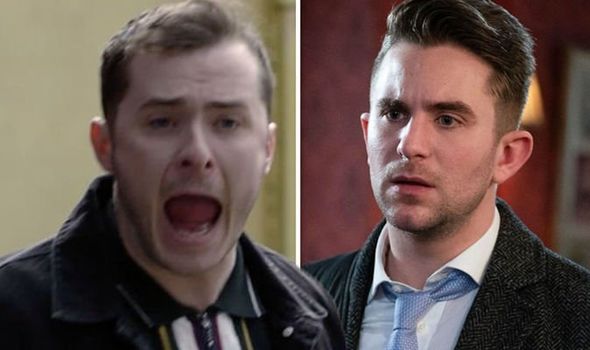 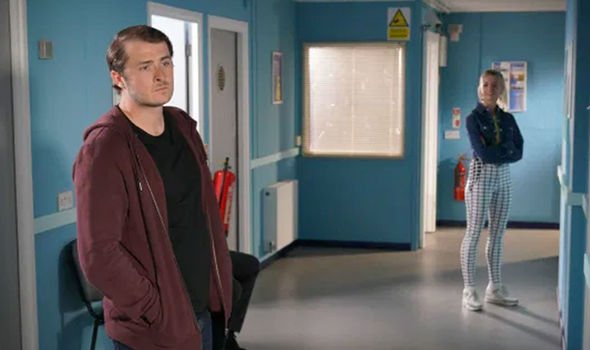 Callum soon finds himself in over his head as his boss tells him they are going after Danny Hardcastle (Paul Usher) – the character who arranged the siege Ben was a part of.

The young police officer is told the authorities want all the evidence they can get on the warehouse siege and who else was involved.

Desperate to keep his boyfriend out of trouble, the former undertaker loses track of time as he tries to throw his boss off the scent.

At the same time, the gangster wannabe is left wondering where his partner is as the big moment for his cochlear implant comes. 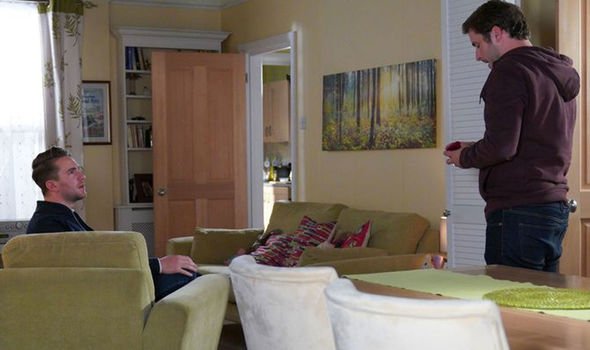 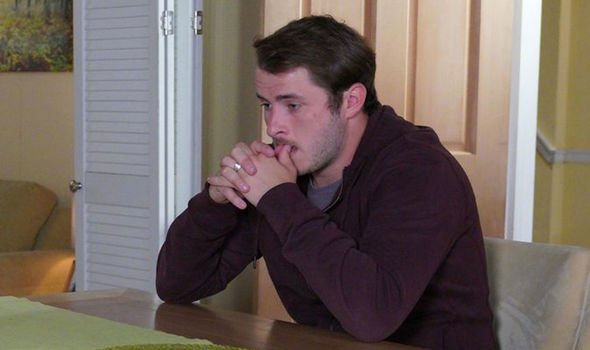 However, Callum arrives just in time for the switch on but he seems rather distracted and it’s not long before Ben releases his boyfriend’s mind is elsewhere.

Addressing the issues with his partner, the wannabe gangster gets the reply the former undertaker is busy with work.

Finally giving in, Stuart Highway’s (Ricky Champ) brother tells his other half the police are investigating Danny to see if he will reveal anything.

Not wanting to incriminate anyone, the Walford bad boy lies to his lover, leaving the police officer fairly frustrated.

The former undertaker storms off as he knows Ben isn’t being truthful, becoming yet another hurdle in their relationship.

Despite Callum’s mood, the pair later apologise to one another as the gangster realises he shouldn’t be lying to his boyfriend.

Wanting answers, the young police officer demands the truth from his other half, expressing his concern at hiding secrets from one another.

Does he have an ulterior motive and could he be using their relationship to get more intel from Ben about the siege?

Committing the ultimate act of betrayal, Callum could tell his boss everything his boyfriend has told him.

Asked where the information has come from, the former undertaker could be forced to incriminate his partner to save his job.

Ben would be completely destroyed, having finally opened up his heart and home to his lover after all the challenges they’ve been through together.

Could this be the end of the road for the love birds as they both realise they have split loyalties?

EastEnders returns Monday, September 7 at 8pm on BBC One.