In scenes that aired on Monday’s EastEnders Chelsea Fox (played by Zaraah Abrahams) and her dad, Lucas Johnson (Don Gilet) arrived at the airport as they embarked on their journey to Ibiza. Lucas has been forced to help his daughter smuggle drugs into Ibiza after Caleb (Ben Freeman) threatened Chelsea to take another drugs package for him. However, in a dramatic turn of events, Lucas decided to teach his daughter a lesson when he told her that she can either carry out the job herself, or she can walk away from it entirely. As they stood in front of the security gate at the airport, Lucas gave his daughter a brutal ultimatum.

Initially, Chelsea reassured her dad that the man stood at the security gate worked for Caleb.

However, just seconds before they were due to walk through, he was replaced by another security worker.

“When he gives you the nod, go to his gate,” Chelsea told her dad.

“Dad, please don’t screw this up.” 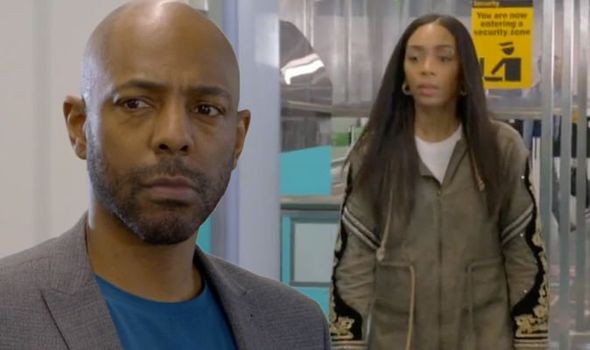 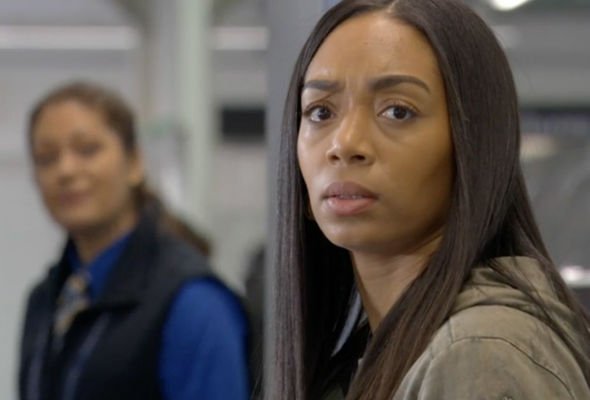 “Running drugs for low lives, trying to sleep with your mum’s boyfriend,” Lucas told her as he pointed out her mistakes.

“It’s your actions that reveal that if you’re truly sorry,” Lucas told her as he swapped his suitcase full of drugs for hers.

“What are you doing?” she quizzed. “What is this?” 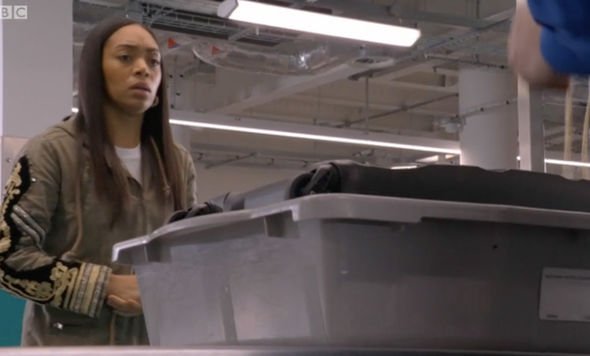 “If you want what’s in there to get to Ibiza, make sure Caleb doesn’t carry out reprisals against you and your family, then you take it through.”

“Is this a joke?” Chelsea raged.

Lucas added: “Or you walk away, and let Caleb do his worst.

“If those drugs don’t get to Ibiza, you know what that man will do to your mother? It’s up to you.”

As Chelsea nervously walked through security, she thought she had got away with it until security took her bag away for inspection.

Just as they were about to open it up to show what was inside, the episode ended on a cliffhanger.

Although, in a huge twist, viewers are convinced that Lucas swapped the suitcases and actually has the bag of drugs all along to teach his daughter a lesson.

The question is, will Chelsea get caught?

Taking to Twitter after the episode, fans were quick to react to the cliffhanger with their own theories.

One tweeted: “So….bet you all a fiver there’s no drugs in Chelsea’s bag.”

Another commented: “Luca’s has swapped out the drugs from Chelsea’s suitcase we guessing? Bet he just wanted to really rattle her, so she’d ‘repent’ for her sins.”

While one added: “Lucas has somehow cleared the Suitcase there are no drugs, just done this way to make us think.”

“Bet They are gonna be in Lucas’ bag… he has just tested her and put something else in there that would have got her bag searched to make her stew!”

EastEnders is available to watch on the BBC iPlayer.