EastEnders spoilers: Dot Cotton’s ‘return’ in the hands of Karen Taylor – here’s how

Dot Cotton (played by June Brown) devastated fans when she abruptly left EastEnders earlier this year. The BBC soap legend couldn’t face saying goodbye to her loved ones and simply left a recording of Sonia Fowler (Natalie Cassidy) explaining where she was going. However, in an unexpected twist, could Karen Taylor (Lorraine Stanley) orchestrate her return?

Sonia discovered Dot had left Walford to spend time with her grandson Charlie Cotton (Declan Bennett) and his new baby in Ireland.

The stalwart felt betrayed after Martin Fowler (James Bye) confessed to stealing money from her.

However, unbeknownst to her Sonia had in fact been the one to steal from her.

Soon after Karen arrived in the Square she stepped into Dot’s shoes at the laundrette and teased fans her predecessor could return. 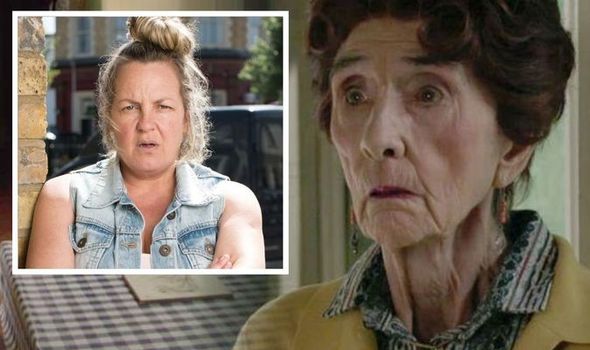 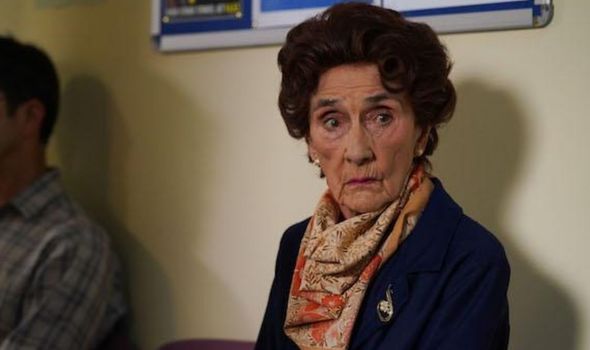 Speaking on the upcoming edition of Secrets From The Square, actress Lorraine revealed her favourite EastEnders character.

She said: “It’s got to be Dot Cotton. June Brown is an absolute legend.

“So when I got a job in the laundrette I was like – ‘oh my god these are big shoes to fill‘ because she’s amazing.”

Not long before EastEnders was taken off the air, Karen changed her mind on moving when Sharon Mitchell (Letitia Dean) realised she wanted to raise her son Kayden.

However, leading up to move, could Karen have contacted Dot to share her concerns about the future of the laundrette? 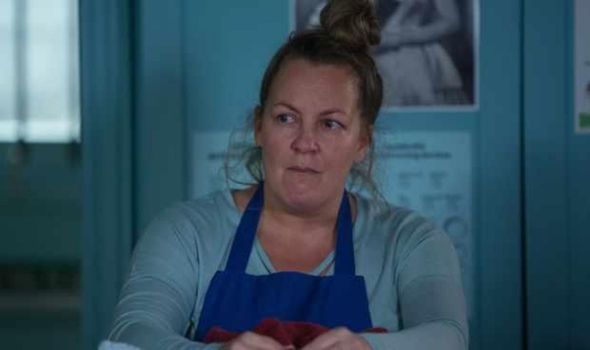 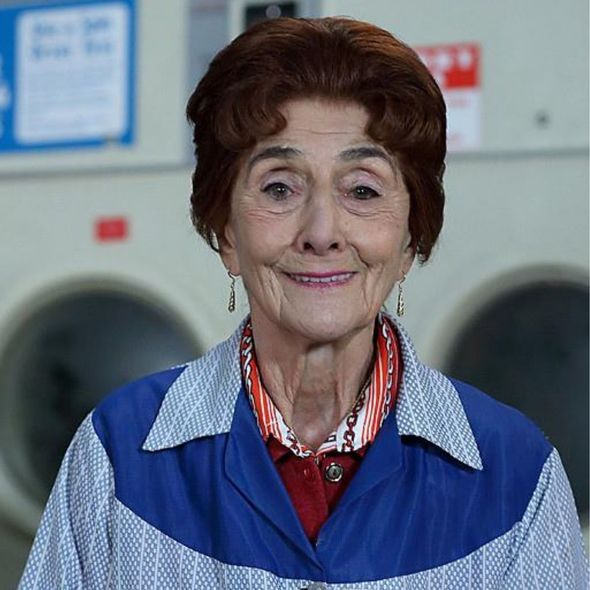 If so, Dot could decide to return to Walford over fears the laundrette could be abandoned.

Elsewhere in the show, Lorraine discussed how Karen has changed during her time on the Square.

“When she first arrived at the Square she was loud and brash but as she’s been in the show longer, you can see a more vulnerable and warm side to her.

“She hasn’t got anything but she wears her heart on her sleeve.

“And she’d die for her kids, her kids mean everything to her.”

Speaking on the Taylors popularity, she said: “I think everyone can relate to them because they’re kind-hearted people.

“They might take wrong turns but they mean well. And Karen’s a lioness. Just trying to protect her children in any way she can.

“And she always comes up against something, something’s always in the way.

“When she first arrived she didn’t have a job and people were like – oh yeah she’s just on the dole, she’s just one of them.

“But actually she was desperate for a job and when she got the job at the laundrette she was chuffed to bits, so you changed your perception of her. So I think they’re really relatable.”

Looking to the future, Lorraine added: “All she wants is for her kids to be happy and for her to be sorted.

“She loves her job in the laundrette. As long as her kids are alright she’s happy.

“She doesn’t want for much, she doesn’t need much, she’s not materialistic.”

EastEnders returns to BBC One later this year.