Kat Slater (played by Jessie Wallace) fled Walford with Kush Kazemi (Davood Ghadami) when the Mitchells blamed them for the police finding out about the classic car heist. However, when the pair return to claim their share of the profits, Kush betrays Kat and she’s forced to rethink her future in EastEnders.

In upcoming scenes, the couple sneaks back into the Slaters’ residence.

Kat and Kush agreed to return to Walford to get their hands on their money from Phil.

However, unbeknownst to Kat, the market trader has other ideas.

Read more: Shane Richie’s wife stunned by his change amid fears of being ‘judged’ 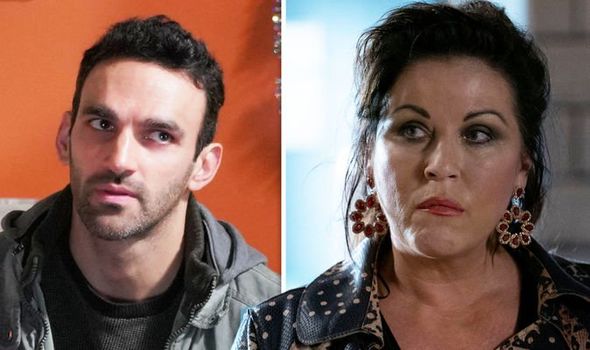 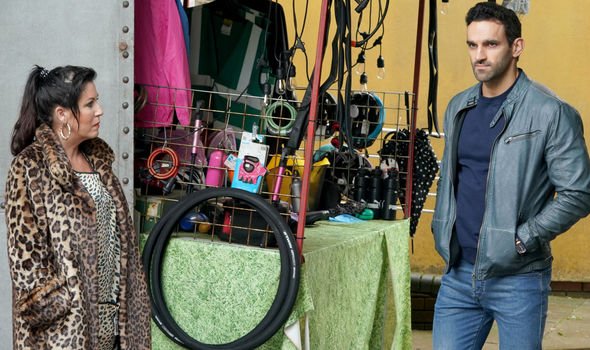 She’s stunned when the Mitchell hard man hands over the money straight away but isn’t pleased when she realises it’s only a fraction of what she’s owed.

Could Phil be holding back the money on purpose or is his divorce from Sharon Mitchell (Letitia Dean) causing him problems?

Meanwhile, Kush begins to realise how much stress he’s putting on his family and the rest of the Slaters under. 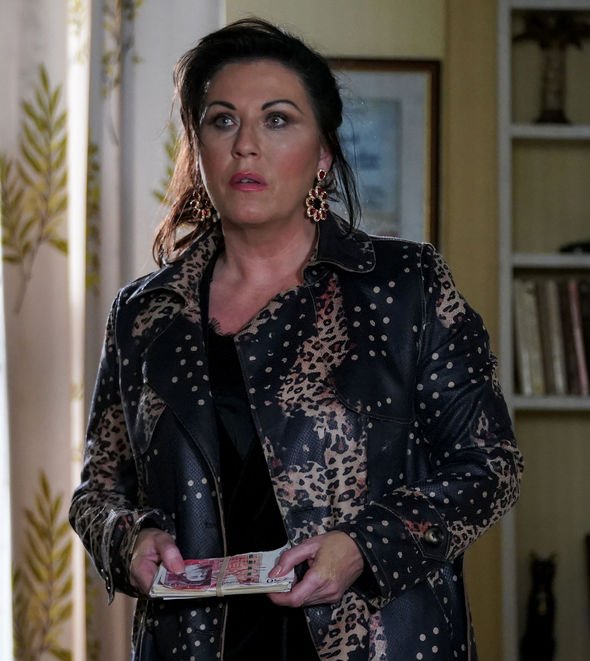 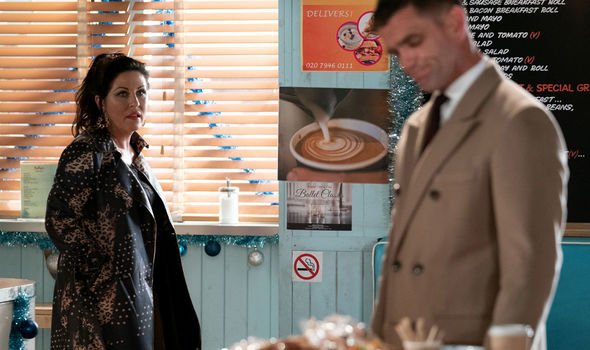 Kush decides he can’t make Kat and her children suffer for his mistakes and hands himself into the police.

Kat has no idea what her boyfriend has done and fears the worst when she bumps into Jack Branning (Scott Maslen) in the café.

He’s furious with her after their last encounter but surprises the matriarch when he reveals Kush has handed himself in.

Kat informs Phil who’s terrified the police will use Kush as a way to bring the Mitchells down.

The Slater assures Phil Kush has taken full responsibility for the robbery but Phil isn’t convinced.

He issues a warning and Kat fears her future in Walford could be in jeopardy.

Kat opens up to Stacey Slater (Lacey Turner) about how hurt she is at Kush’s decision.

She explains how she wasn’t willing to go on the run with Kush at first but changed her mind.

Kat decides to carry on with her original plan without Kush by her side and use the money to start a new life.

Will Stacey and the rest of the Slaters be able to convince Kat to stay in Walford?

Or will Kush’s recent betrayal be the nail in the coffin for her future on the square?

EastEnders continues on Monday on BBC One at 8.05pm.