Kush Kazemi (played by Davood Ghadami) struck a deal with the police to secure his freedom in exchange for giving evidence against the Mitchells. The EastEnders market trader had agreed to take sole responsibility for the car heist but changed his mind when he realised he wanted to prioritise his relationship with Whitney Dean (Shona McGarty). However, with Gray Atkins (Toby-Alexander Smith) put a stop to his plans as revenge for Whitney rejecting him?

However, when the solicitor declared his love for the marker trader, she turned him down and said they were better off as friends.

Gray brushed off his declaration as a moment of grief-stricken madness but EastEnders fans know he’s been secretly seething at Whitney’s romance with Kush.

In upcoming scenes, the couple put their plan to flee Walford in motion afraid of what Phil Mitchell (Steve McFadden) will do if they stick around. 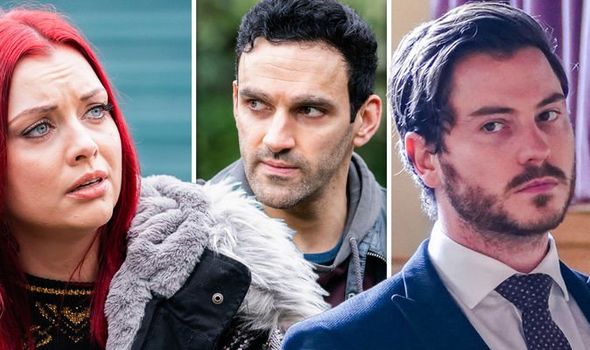 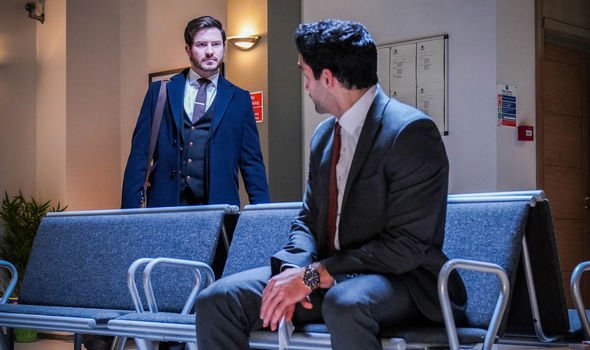 The father-of-one promises to return when the Mitchells have calmed down and Stacey Slater (Lacey Turner) has been released from prison.

Meanwhile, at the police station, Phil demands Gray do whatever it takes to ensure he isn’t convicted.

The solicitor points out it doesn’t look good for the dodgy dealer but Phil makes it clear Gray has no choice but to fix things. 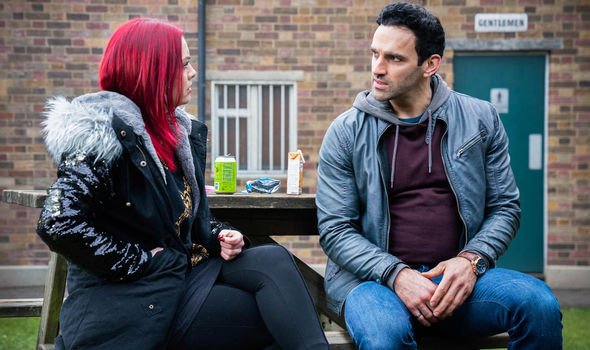 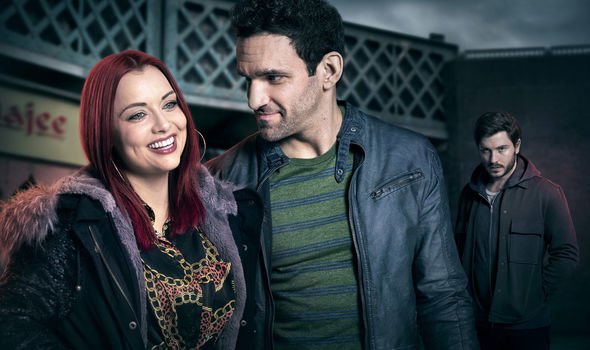 Later, Gray’s livid when he invites Whitney over but she brushes him off.

He spots her out in the Square posting a letter before leaving the Square with Kush and Arthur.

Will the solicitor follow the couple as they plan their new life away from EastEnders?

“Do you think you could leave with me tonight?” the scared market trader asks his girlfriend.

The next scene showed Phil scolding Gray while at the police station.

“You sort it out and you sort it out fast,” he vents before Kat Slater (Jessie Wallace) tells Gray: “He’s done this for Whitney.”

Gray is seen peering out his window while on the phone to Whitney: “I’d really appreciate seeing a friendly face.”

“I can’t I’m just about to go to bed,” she replies before turning her attention to Arthur: “Excited for the big adventure?”

“You know what to say if the Mitchells come knocking don’t you?” Kush warns Martin.

But, the trailer ends with the sinister question: “Can they escape before it’s too late?”

Gray has become increasingly dependant on Whitney and has tried everything in his power to stop her romance with Kush blossoming.

Will the solicitor follow the couple and attack Kush to stop Whitney from leaving him?

Fans of the BBC soap are holding out for a happy ending as one tweeted: “I would much rather prefer the outcome where Kush leaves on his own and manages to get away rather than him getting killed off by either the Mitchells or Gray.”

“Kush you need to get away now from the evil Gray and the Mitchells it’s not going to end well at all if you stay, I don’t want you to leave but you have no choice time is running out,” another shared.

While a third said: “So obvious Gray’s going to kill Kush and blames it on the Mitchells. Whitney won’t suspect him but Shirley might eventually work it out.”

EastEnders continues on BBC One on Monday at 8.05pm.