EastEnders fans first saw the Carter family land on the Square back in 2013, when they were revealed to be the new owners of the Queen Vic. However, as Linda Carter’s (played by Kellie Bright) alcoholism battle started to spiral out of control earlier this year, Mick (Danny Dyer) decided the only solution to keep his wife on the straight and narrow would be to sell the beloved pub. But as the pair begin to adjust to their new style of living, it looks as though there’s someone set to shake-up everything after the BBC soap announced actress Simone Lahbib would be making a dramatic entrance later this year.

Linda and Mick have just started to get back to normal after selling up and are looking forward to new ventures together.

However, it looks as though their happiness will be short-lived as a newcomer could threaten to ruin the couple’s marriage.

Simone will be joining as an unknown character set to stir things up for the family and it’s Mick who will end up getting the biggest shock of all.

She said: “I’m thrilled to be joining EastEnders. I can’t say too much about who I am playing just yet, but it’s fair to say that she is set to have a lasting impact on the Carter’s and will test their strength as a family. 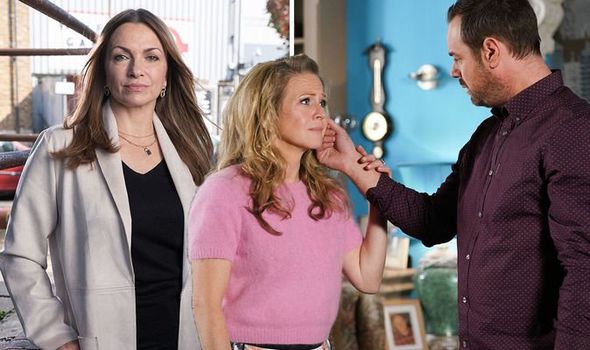 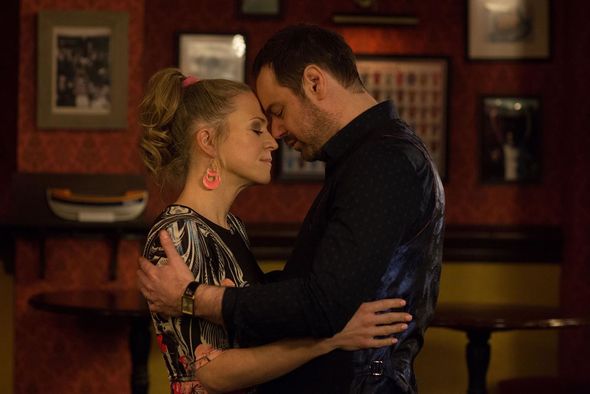 “It’s also been lovely to be reunited with Linda, Luisa and Kellie – it’s been a bit of a Bad Girls reunion!” she added.

He explained: “We’re delighted to welcome Simone to Walford. Her character’s links to the Carter family will form part of an important new storyline for Mick in particular.

“It’s a story that we look forward to sharing with the audience – with its impact on the Carters set to be everlasting.” 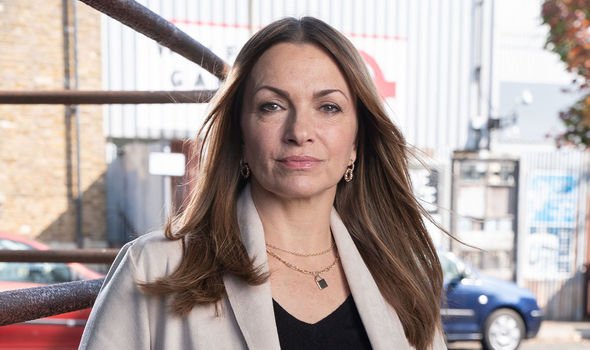 And fans have already started to speculate just what her connection to one of Walford’s best-loved families will turn out to be.

One suggestion floating around amongst viewers is the possibility the new arrival will be connected to the mysterious Frankie (Rose Ayling-Ellis).

Taking to Twitter, one shared: “Ooh interesting. Wonder if she’ll be Frankie’s mum?”

A third agreed, adding: “So like… Related to Frankie?!”

“If she turns out to be Frankie’s mum and it leads into it being revealed that Frankie is Mick’s daughter then I will absolutely be ringing Ofcom,” said another.

A fifth fan echoed: “Frankie’s mum perhaps?” – could this end up linking her to Mick after many already suspect the youngster will be revealed as his daughter?

But will this be who the newcomer is or are fans barking up the wrong tree completely?

If true, it would be a revelation sure to tear the couple apart in a major way.

Fans of the soap know Linda and Mick have always just been with each other and were childhood sweethearts.

So if the bombshell of Mick having a secret daughter dropped, it would most likely shatter their relationship.

But just what does Simone want from the Carter family – will they manage to get through whatever news she brings?