Mick (played by Danny Dyer) has always been the doting father on EastEnders, having raised four children with his beloved wife and childhood sweetheart, Linda Carter (Kellie Bright). Since their arrival onto the Square seven years ago, the couple have faced some of the most challenging hardships a husband and wife could face. Most recently, they decided to sell the Queen Vic after the mother-of-four spiralled into alcoholism. With the BBC soap set to return with new episodes later this year, actor Danny, 42, has teased what’s in store for his character and with some bravado on how big the plot will be for him, could fans be bidding farewell to one of the famous clan members?

Instead of the usual instalments of the weeknight serial drama airing on Monday evening, as pre-recorded episodes have now run out as a consequence of the coronavirus crisis, viewers were treated to the first in a special series entitled, Secrets From The Square.

Presenter Stacey Dooley, 33, sat down with Danny and his on-screen wife, Kellie, 43, to discuss their time on the soap thus far.

The last time Linda and Mick were seen on screen, they had just handed over the reins of the iconic pub to best friends Sharon Mitchell (Letitia Dean) and Ian Beale (Adam Woodyatt).

Asked what viewers can expect when the new episodes air, the acting duo explained the characters will be coming out of lockdown with the rest of the country.

However, Danny teased something even more exciting for his alter-ego and with the death of a loved one not taking place since his grandfather Stan Carter (Timothy West) passed away, will the character be dealt a cruel blow as he gets bad news about one of his children? 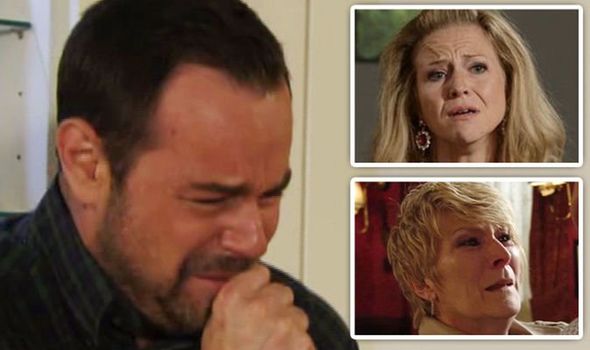 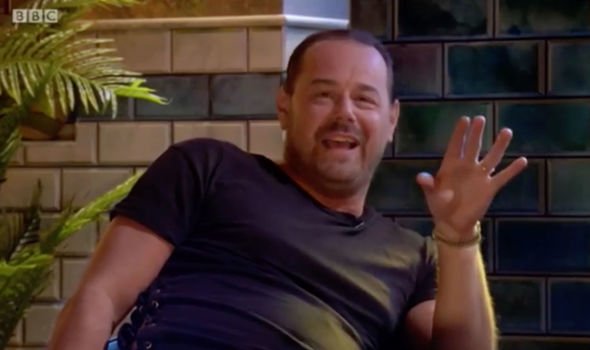 Firstly, Kellie said: “There are some testing times ahead,” referring to her character’s life with her spouse.

Danny went on to add: “I think I could potentially, when we come out of lockdown, have the best storyline I’ve ever had on this show.”

Not much else was given away, so viewers will have to wait a little while longer to discover what the next hurdle the couple will face is.

As the pair took a trip down memory lane, however, there could have been a hint towards the loss of one of their beloved children. 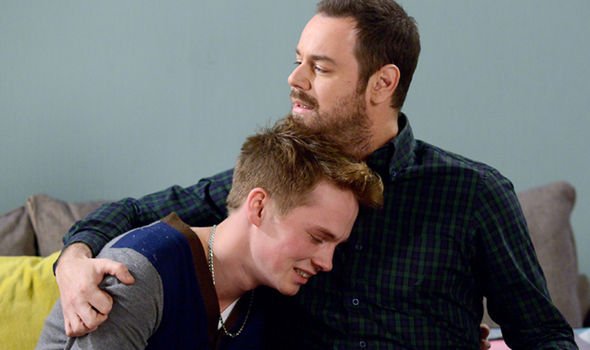 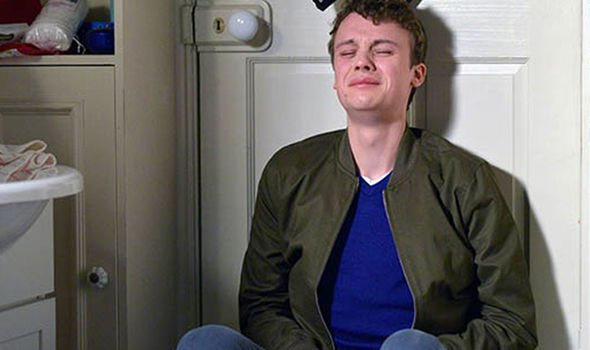 Potentially have the best storyline I’ve ever had

Danny and Kellie reflected on the storyline which saw their characters’ son, Johnny Carter (then played by Sam Strike), come out to his parents following the family’s arrival in Walford.

This was the only plot involving the couple’s four children which was touched upon in the episodes – could this be a precursor to something terrible?

Mick’s second son has already had two stints on the Square, with his most recent exit seeing the popular character head off to Manchester in pursuit of a job at a law firm two years ago.

Since then, the young Carter man hasn’t been seen, so could his death be a dagger to his parent’s hearts?

This plotline could also accommodate the return of Nancy Carter (Maddy Hill), who has been living in Australia with her husband, Tamwar Masood (Himesh Patel).

Actress Maddy, 30, has recently quit her role on Casualty, with speculation rife her character was set to make a comeback to Walford.

As Mick has not yet suffered such a harrowing tragedy, Johnny’s death would spark a new chapter in his story as his son confided in him first before anyone else about his sexuality.

Having such a close bond would make the loss even harder to bear, pushing his marriage to the brink once more and setting up the return of his daughter.

No official spoilers have yet been released of what’s to come for Mick and Linda, but fans are already excited to see what’s in the pipeline for the former landlord.

One viewer posted on Twitter: “Oooooohhhhhh wonder what Micks new SL will be! Tell us Danny! #Eastenders.”

Another added on the social media platform: “Danny Dyer has teased he could have the best storyline ever to come #EastEnders.”

Whilst a third commented: “So excited for @MrDDyer story on #EastEnders coming up ,” to which a fourth shared: “Someone’s returning aren’t they #eastenders.”

EastEnders: Secrets From The Square continues Monday at 8pm on BBC One.