EastEnders iconic pub the Queen Vic, is up or sale after current landlords Mick and Linda Carter (played by Danny Dyer and Kellie Bright) set their sights on new horizons, in order for her to recover from her alcoholism. Fans will already know that living above the pub became too much for Linda and the constant temptation wasn’t good for her recuperation.

After she relapsed following a fight with best mate Sharon Mitchell (Leticia Dean) at Dennis Rickman Jr’s (Bleu Landau) funeral wake, she sneaked a sip of mum-in-law Shirley’s (Linda Henry) vodka, only to be rumbled and forced to come clean.

Mick made the decision to cut ties with the place they call home to help his wife get better, and the couple along with son Ollie will make a break from the pub in coming episodes.

However they’ve got to find a buyer first before they can escape to their happy every after.

But have fans spotted the new landlord already? 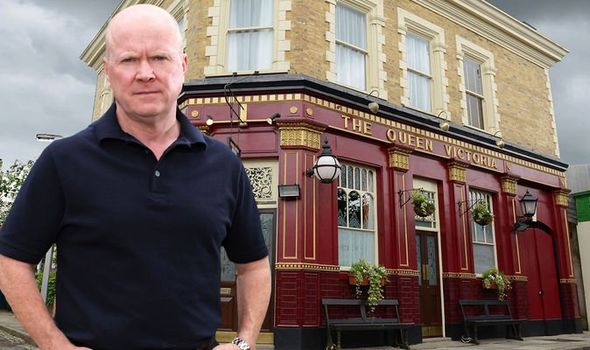 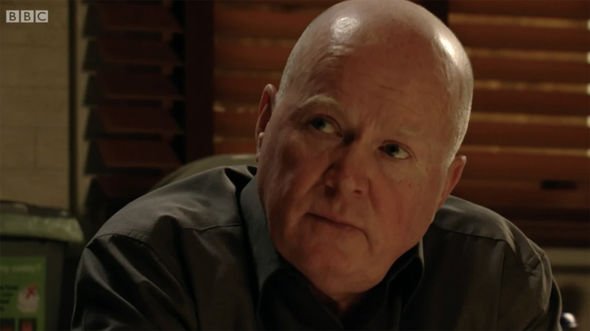 During Denny’s wake, a grieving Sharon struggled to control her emotions and all hell broke loose when Phil Mitchell (Steve McFadden) walked through the door.

The Walford hard man had disappeared since the boat tragedy that ended in 13-year-old Denny’s death, and he blamed himself after fighting with Sharon’s lover Keanu Taylor (Danny Wallace) caused the boat to veer off in a different direction and crash.

Sharon and Phil ended having a huge heart-to-heart, and she saved him from prison after he turned himself into the police.

The two ended up passionately kissing – but does this mean a fresh start for the un-happily married couple? 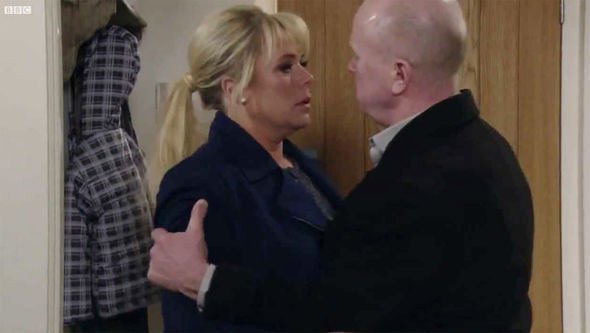 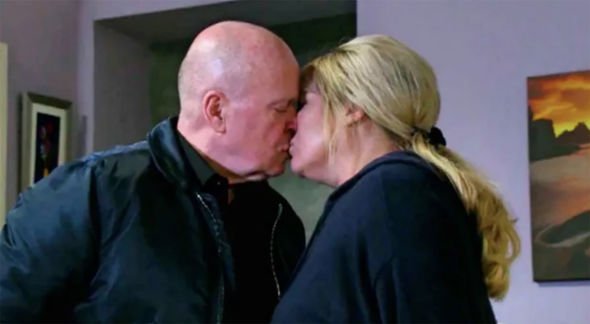 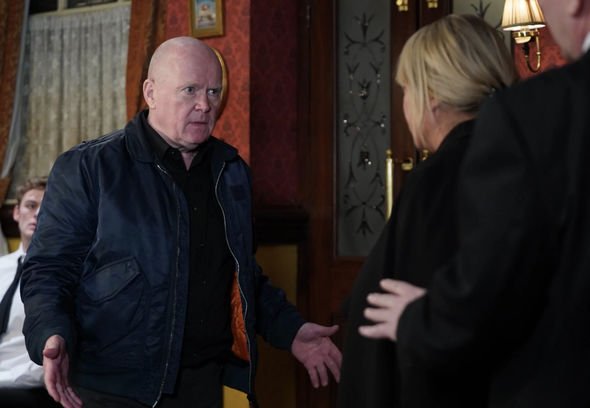 In recent episodes, Shirley paid Phil a visit and fed him some info he very much wanted to hear.

The former landlord of the pub was intrigued after revealing how he planned to win Sharon back.

Phil told Shirley: “I’m hoping to get back with Sharon if I can put the past behind us.

“It’s what I want, what I need really. That and sorting Ben out. I need to get my family back together.”

Shirley responded: “Well, if Sharon’s what you’re after then I have it on very good authority that the Vic’s going to be up for sale. And Sharon, well, she loves that place.”

Has the BBC soap hinted that the Mitchell clan will once again rule the roost?

Viewers will recall that the Queen Vic was the family’s stomping ground for many years, with Peggy Mitchell (Barbara Windsor) at the helm as the iconic landlady who screamed “Get out of my pub!” any chance she got.

And with Phil’s eyes set on buying it back, could there be a future for him and Sharon after all the heartbreak, violence and betrayal?

Fans have been convinced for weeks that either one of them would be back behind the bar, but they have their suspicions over Sharon’s motives – if she were to agree to get back with Phil, that is.

Taking to Twitter, one wrote: “I think Sharon is playing Phil, she’s gonna take his money and use him to buy the Vic for her #Eastenders @bbceastenders.”

“Is Sharon using Phil for money for the Queen vic? #Eastenders,” another wondered.

A third was happy for them: “Phil and Sharon belong together. And it looks like they will own the Vic next. Love it! #EastEnders.”

Only time will tell what Sharon has planned – has she truly forgiven her husband?

Or is this revenge for Denny’s death?

EastEnders airs Monday and Tuesday nights on BBC One.