EastEnders viewers have seen Peter Beale (played by Dayle Hudson) struggle to make amends with his scheming father Ian Beale (Adam Woodyatt) in recent months after the latter attempted to settle their long-running feud. However, after Peter recently realised his dad had got into serious money troubles, Ian soon got his son back on his side tonight. But with sparks flying between Peter and Ash Panesar (Gurlaine Kaur Garcha) this evening, could the doctor end up doing the unthinkable and cheating on her girlfriend Iqra Ahmed (Priya Davdra) on the BBC soap?

This was enough to keep Peter from revealing what his dad had secretly been up to.

And, his attention was soon turned elsewhere when he bumped into Ash at The Albert. 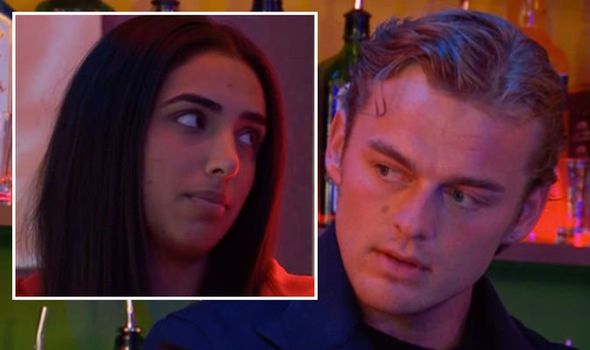 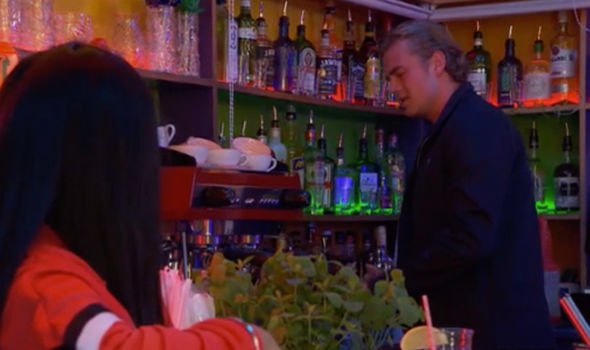 Upon Peter walking into the bar, Ash snapped: “Tina (Luisa Bradshaw-White) went upstairs, are you going to wait or is daddy’s money burning too much of a hole in your pocket?”

As Peter helped himself to the drinks selection at The Albert, she asked him: “Do you ever pay for anything?”

But Peter reminded Ash: “Do you have any idea what it’s like finding work right now?”

Ash rolled her eyes, with Peter continuing: “It’s alright for you, you’ve got your whole career structure laid out in front of you.” 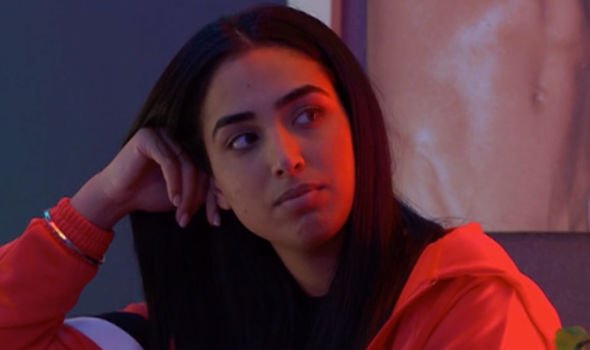 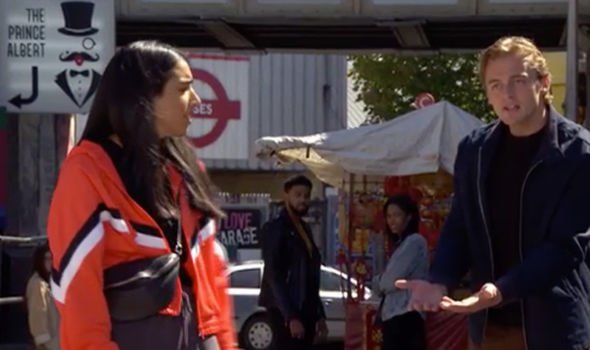 She soon exposed the reality of her gruelling work schedule, replying: “Oh yeah, great for me – 14-hour shifts and breaking bad news to people’s loved ones.”

Peter apologised for his comments, telling her: “Sorry, family problems.”

Ash revealed her own issues, admitting: “Tell me about it. All my lot are in court right now watching my brother being sentenced,” before Peter probed her on why she wasn’t there.

“Can’t face it,” Ash said. “I mean, if I don’t see it, it’s not really happening, right? It’s been my coping mechanism for years in dealing with my family.”

Peter asked her: “Have you ever regretted going along with something you shouldn’t have,” with Ash noting: “Too many times.”

Peter went on to explain how he was desperate to stop living off his dad’s money.

He continued: “You know, I’ve been seeking my dad’s approval my whole life, trying to be the man he wants me to be. I think It’s time to focus on the man I want to be.”

Ash asked him: “Who is?” With Peter laughing: “A work in progress!”

But Peter soon turned on the term, teasing Ash: “Can I buy you a drink?”

Could the pair soon see their flirtations turn into a secret romance after dropping some huge hints this evening?

It hasn’t been plain sailing for Ash and Iqra in recent months and after the latter’s sister Habiba’s (Rukku Nayar) meddling in Panesar family business, it may cause continued friction.

Will Ash see her head turned away from her beloved girlfriend if Peter ups his efforts to try and romance her?