Sharon Mitchell (played by Letitia Dean) was horrified earlier this year when Phil Mitchell (Steve McFadden) asked her to choose between him and baby son Kayden. She said enough was enough and in the ultimate revenge, bought the Queen Vic with her long time friend Ian Beale (Adam Woodyatt). However, it seems Phil could soon ask for divorce as he learns he has a share in Sharon’s half of the pub.

When the show returns to BBC One next week, it’s likely fans will finally get a chance to see Phil’s reaction to the betrayal, and they know what a Mitchell outburst can look like.

But, if Phil actually looks at the fine print of what has happened, he might realise that he can claim half of Sharon’s share.

Delving into the intricacies of Sharon and Ian’s bid to own and run the Queen Vic, Camilla Burton-Baddeley, Partner at Stowe Family Law explained Phil has a stake in the pub.

“Phil does have legal rights over the pub,” she explained. 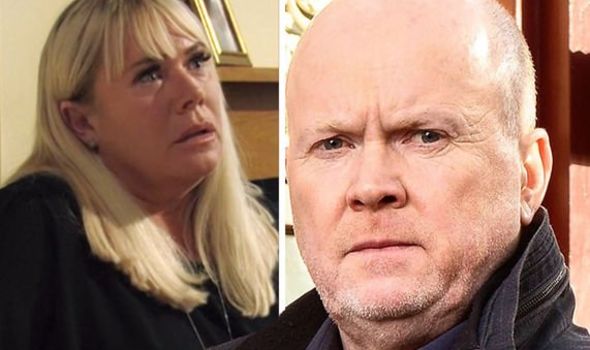 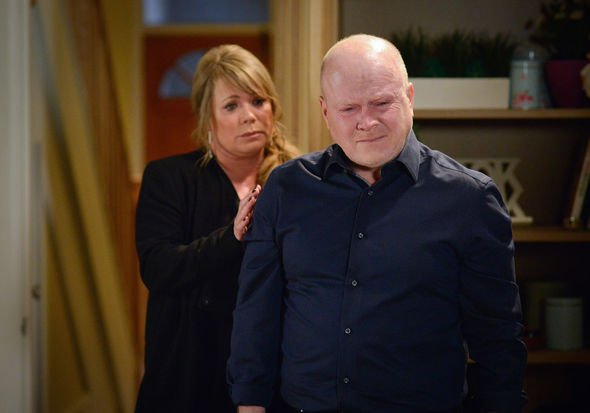 “Because they are still married, Phil has a financial claim over Sharon’s share of this asset unless a financial consent order (part of the divorce process) has been entered into.

“Phil could make a financial claim as part of a divorce settlement by seeking a lump sum based on the value of the asset or by asking the court to sell the asset.”

Could Phil fight to own the pub outright though leaving Sharon and Ian with absolutely nothing?

“It is unlikely that the court would transfer ownership from Sharon to Phil or order the pub to be sold as there is another party involved in the ownership of the pub, Ian,” Camilla added. 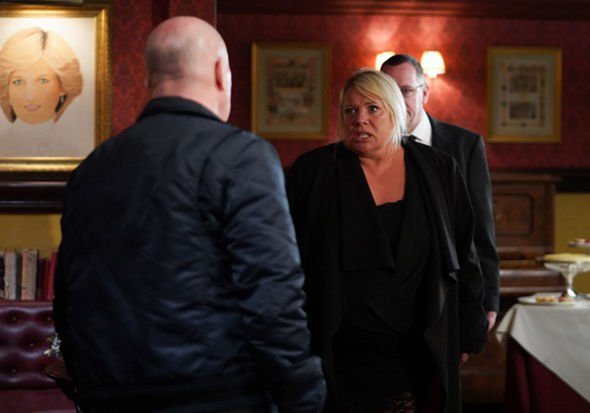 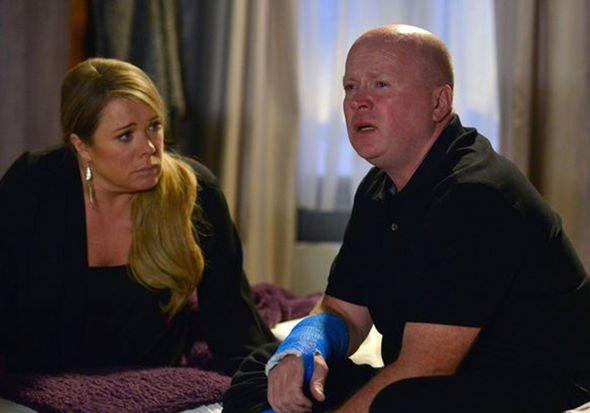 “But, he does have a claim upon Sharon’s financial share of this asset.

“If they were to divorce, he could argue for half of Sharon’s share,” she continued.

If Phil were to take a moment to get his head together, he would realise he had the upper hand and could take Sharon’s livelihood.

Well, it certainly looks like she could be out on her own soon as Ian’s secret about being responsible for Denny’s (Bleu Landau) is about to be revealed.

Ian has been a shoulder of support for Sharon but when the new landlady finds out what her friend did, she’ll quickly turn her back on him.

Without the pub and Ian to house her, Sharon could find herself homeless with no one to turn to.

It will all come down to whether or not Sharon took the time to secure her half before diving into the deal, and let’s hope she has.

When the show returns, it will also become clear that Ian used Max Branning’s (Jake Wood) money to buy the Queen Vic.

Somehow, Ian will manage to take Max’s share of Walford East and use it without him really understanding what is happening.

In a clip during a recent episode of EastEnders: Secrets from the Square, Max will tell Ian he has lost everything.

When it’s revealed what Ian has done, will he make it out alive as the Walford residents turn on him?

EastEnders continues on BBC One September 7.