Home » TV and Movies » EastEnders spoilers: Whitney Dean and Chantelle ‘team up to take down’ Gray in abuse twist

EastEnders spoilers: Whitney Dean and Chantelle ‘team up to take down’ Gray in abuse twist

EastEnders’ Whitney Dean (played by Shona McGarty) has struggled to come to terms with the events of the night Leo King (Tom Wells) was killed. After being charged with murder, Whitney has grown close to lawyer Gray Atkins (Toby-Alexander Smith) and developed feelings for him. However, Chantelle Atkins (Jessica Plummer) may realise she’s better off without her violent husband when he reveals her friend tried to kiss him.

The troubled market trader was tormented by Leo for months and lashed out in self-defence but has been charged with murder.

Whitney’s confidence plummeted as her ex-boyfriend stalked her during a sinister campaign which culminated in him trying to take revenge for his father’s death.

Tony King (Chris Coghill) abused Whitney when she was a child but Leo refused to believe his dad was capable of his crime.

After his death, the police pointed the finger at Whitney and Gray has been fighting her corner ever since. 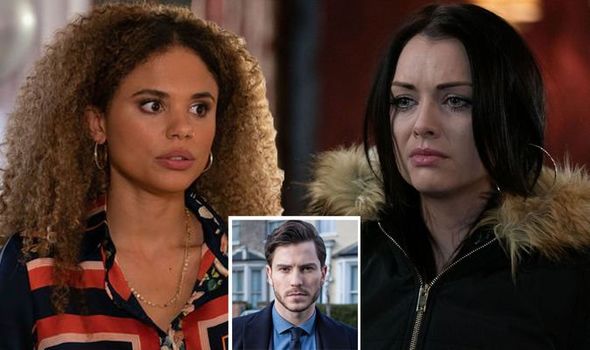 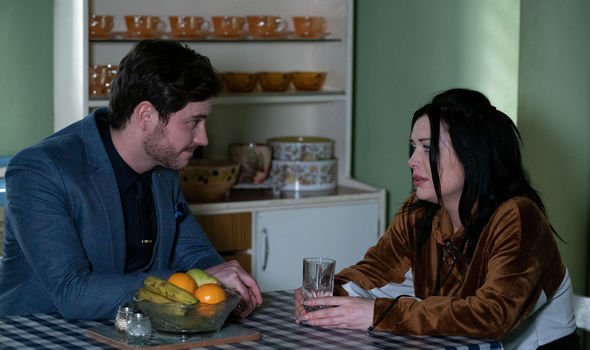 The market trader doesn’t have a great track record when it comes to past relationships and she’s found herself admiring Gray and Chantelle’s relationship.

While EastEnders residents praise the lawyer for standing by Whitney, Gray continues to physically and emotionally abuse his wife.

In recent scenes, Gray rescued Whitney from Micheala Turnball (Fiona Allen) after Leo’s mum kidnapped her to try and force a confession for her son’s murder.

Since then, BBC viewers have noticed Whitney has fallen for Gray and things came to a head when the pair looked over her case files. 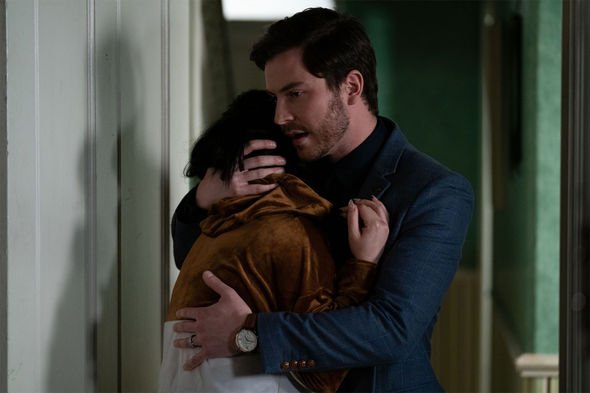 Gray found Whitney disorientated in Albert Square and invited her home to discuss what information the prosecution could use against her.

He quizzed her on past relationships but she clammed up so Gray decided to get some answers from Linda (Kellie Bright) and Mick Carter (Danny Dyer).

Linda revealed their son Lee Carter (Danny Hatchard) had hit Whitney causing the lawyer to rush off back home.

Later, Gray asked his client to talk him through the events of the night Leo was killed but she broke down in tears.

When he comforts her, Whitney misreads the signals and kisses him but the lawyer rejects her.

In upcoming scenes, Gray tells Chantelle what Whitney did but quickly brushes off his wife’s feelings.

Chantelle is clearly upset but he turns the conversation back to accusing her of using his car last week.

Chantelle decides to confront Whitney about the kiss but what will the market trader have to say to her friend?

The mum-of-two has kept her husband’s abuse secret from her loved ones but this betrayal could cause her to speak out.

Chantelle may feel angry that he’s allowed a vulnerable Whitney to grow close to him while she is punished for her friendship with Kheerat Panesar (Jaz Deol).

Will the friends share a heart-to-heart where Chantelle confesses to the abuse she’s suffered and team up with Whitney to take Gray down?

If you have been affected by Chantelle’s storyline, visit Women’s Aid here or ring the National Domestic Abuse Helpline on 0808 2000 247.

EastEnders continues Monday on BBC One at 8pm.